The 2018 Taiwan Open World Longboard Champs continued today with the women getting their chance to take to the water at Jinzun Harbour. With pristine 3-to-4 foot waves on offer all day, event directors were able to run through Rounds 1 and 2. 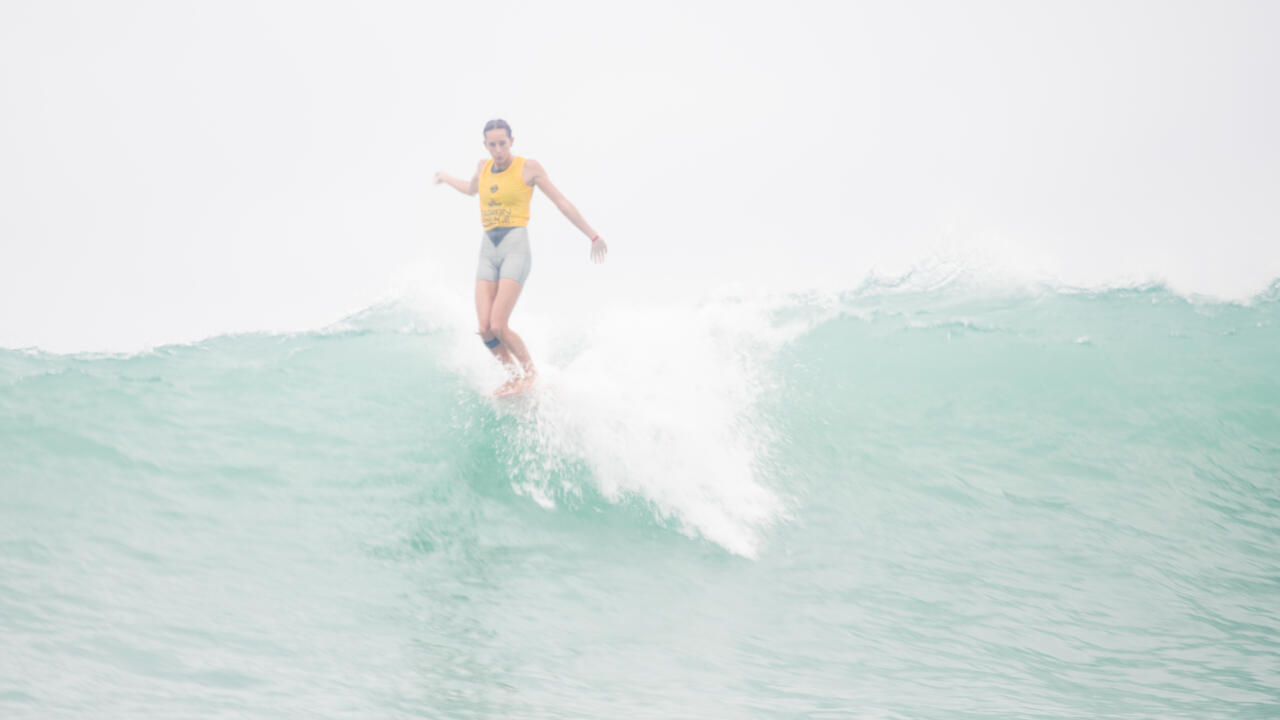 Reigning women's World Champion Honolua Blomfield started off her 2018 campaign in Taiwan much as she finished it last year, with a dominating display of surfing. Blomfield was at ease on the nose and seamless on the rail as she posted the highest heat total of the event so far, a 17.10 two-wave combination.

"The waves are so great today for the girls," Blomfield said. "I'm stoked to be back here competing in Taiwan, the waves are great and I have some new boards that are feeling great. Today has been a huge day for Hawaiian surfing with Billy (Kemper) taking out the Jaws event and Carissa (Moore) winning the Beachwaver Maui Pro -- I'd love to keep that roll going for Hawaii and take out this event for my second title." Perennial World Title threat Chloe Calmon was a shock Round 2 entrant after she narrowly lost her Round 1 matchup. Calmon made sure her she didn't go down again when she took on local wildcard Wang Yun-Chieh in Heat 3. Yun-Chieh put on a good show for the local threat but it was the always professional Calmon who came home strong and progresses into Round 3, where she hopes her newly adopted relaxed attitude will see her continue toward the Final.

"It's amazing to be back in Taiwan, I really love it here," Calmon said. "The people, the waves, the food and the culture is all so incredible -- I love coming here. I've come really close to a title a few times and fell just short which was hard for me. I think in previous years I have put to much pressure on myself, but this year I just want to enjoy the experience regardless of what happens. We are all here together surfing and having fun and getting to travel the world so having fun while doing that is what I want to focus on this year." 2011 World Champion Lindsay Steinriede has had a good relationship with the waves at Jinzun Harbour over the years, even finishing runner-up at this event in 2017. The Longboard Tour veteran had an interesting start to the 2018 event however as she broke 2 of her 3 boards free surfing the large waves in the Taitung area over the last few days. She then went down in her opening Round heat but was able to resurrect herself and take out Heat 4 of Round 2 with a solid heat total of 14.83.

"I've had an interesting few days getting plenty of waves but I actually broke two of my boards while it was big here the last few days, one in three pieces," Steinreide said. "It's all good though because the one I have left is the one I made it to the Final on last year. I'm hoping the conditions continue over the next few days and we have an awesome Final Day like 2017." Lindsay Steinriede was all smiles after her Round 2 win. - WSL / Jack Barripp

Rachael Tilly came bursting out of the gates in her Round 2 heat, posting an excellent 8.00 point ride on her first wave. The 2016 World Longboard Champion struggled to find a solid backup, but fortunately it was enough to see her progress into Round 3. Rachael Tilly on to Round 3 after a win over Emily Lethbridge. - WSL / Jack Barripp