On a cold March morning in 2017, Alex Corson was introduced to the master of the novelty wave -- Ben Gravy. When things warmed up a little in New Jersey they paddled out for the first time. Corson was hooked.

"It changed my life for the better," said Corson. "Before surfing, I was struggling with identity and what I wanted to be. Surfing helped me envision what I wanted: an autistic surfer that inspires people around the world to do something epic."

Diagnosed with autism at the age of two, these days Corson's fired up on being in the water and living a saltier life. He recently teamed up with FACES 4 Autism and Matunas surf wax to create his own special blend of wax: Blue Wonderland. 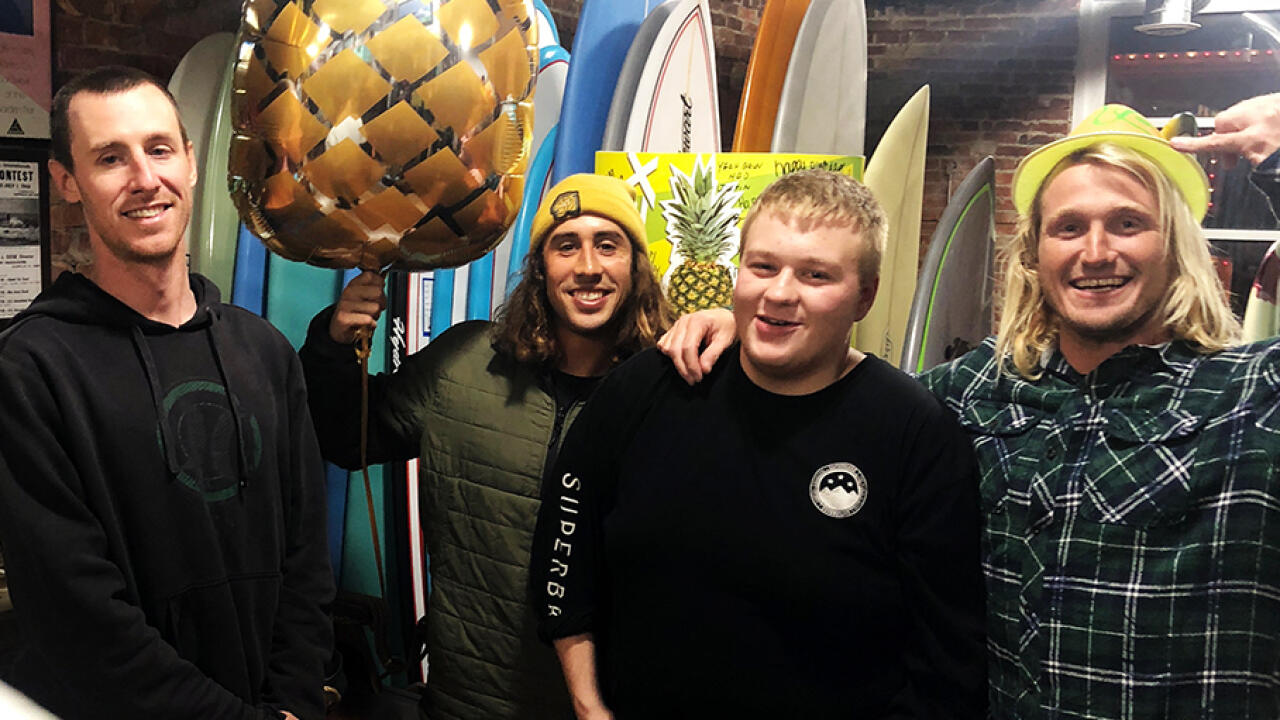 "It all started when they sent me an Instagram DM, asking ‘You ready to do a Blue Wonderland wax with a cause?'" explained Corson. "Matunas wanted to make a wax named after me called Blue Wonderland. They would make the wax, I would make the label, and a portion of sales would go to a charity of my choice. When they asked what cause I want to donate to I knew where to go."

After designing the artwork for the wax, it was finally launched at the end of January with proceeds going to FACES 4 Autism.

"Surfing is like therapy for a lot of autistic individuals. The combination of the water, the movement of the water, the noise of the water, and the openness of the ocean, along with sitting on your board looking out, is all around the best therapy for anyone, especially those on the autism spectrum," Corson described. "It gives you the sense of freedom, and anything is possible. If you put your mind to it, anyone can surf. Even if they never stand, it's still surfing."

Besides Gravy, who's become a big brother figure to Corson, the story of Blue Wonderland has caught the attention of former World Champ CJ Hobgood and the Gudauskas brothers. Last week the Gudauskas's foundation, The Positive Vibe Warriors, named him their "Grom of the Week."

"Alex is such a legend! What he's doing is what surfing's truly all about," said Dane Gudauskas. "He's literally going out there and spreading the stoke and sharing how surfing has not only affected his life, but how it can help other people struggling with autism. He's a huge inspiration."

This March, publisher Hatherleigh Press will release the book "Waves of Healing" by Cash Lambert, distributed by Penguin Random House. A collection of stories from families dealing with autistic children and how surfing has helped transform their lives, Lambert is the former editor of Freesurf Magazine in Hawaii and has contributed to ESPN.com.

And in 2009, the film "Just Add Water" intimately detailed the life of Maui's Clay Marzo. A surfing phenom who was diagnosed with Aspergers, a form of autism, Marzo came up through the junior ranks as one of Quiksilver's "Young Guns," surfing alongside Julian Wilson and Dane Reynolds. He continues to live and surf in Hawaii today.

"There is a wide spectrum in which autism can be severe or high functioning. No one is the same," said Corson. "Everyone is different in their own ways. This makes it difficult for others to understand and accept those diagnosed because it is such a wide spectrum. As for me, surf wise, I felt great accomplishments each time I went out. The positive stuff that has happened since my exposure to surfing has been extraordinary and incredible. I'll end this with the phrase that defines me: ‘The stoke is on, and it always will be.'"