The Men's QS 6,000 Oi Hang Loose Pro Contest began in spectacular fashion at Cacimba do Padre in Fernando de Noronha. With the tropical sun shining down, the first 17 Heats of Round 1 were completed on Tuesday with barreling waves in the 4-5 foot range (1-1.5 meters). Samuel Igo (BRA) put on a commanding performance by scoring an incredible 19-point heat total which included a 9.0 and a perfect 10-point ride after getting spat out of what seemed like an unmakeable tube-ride. 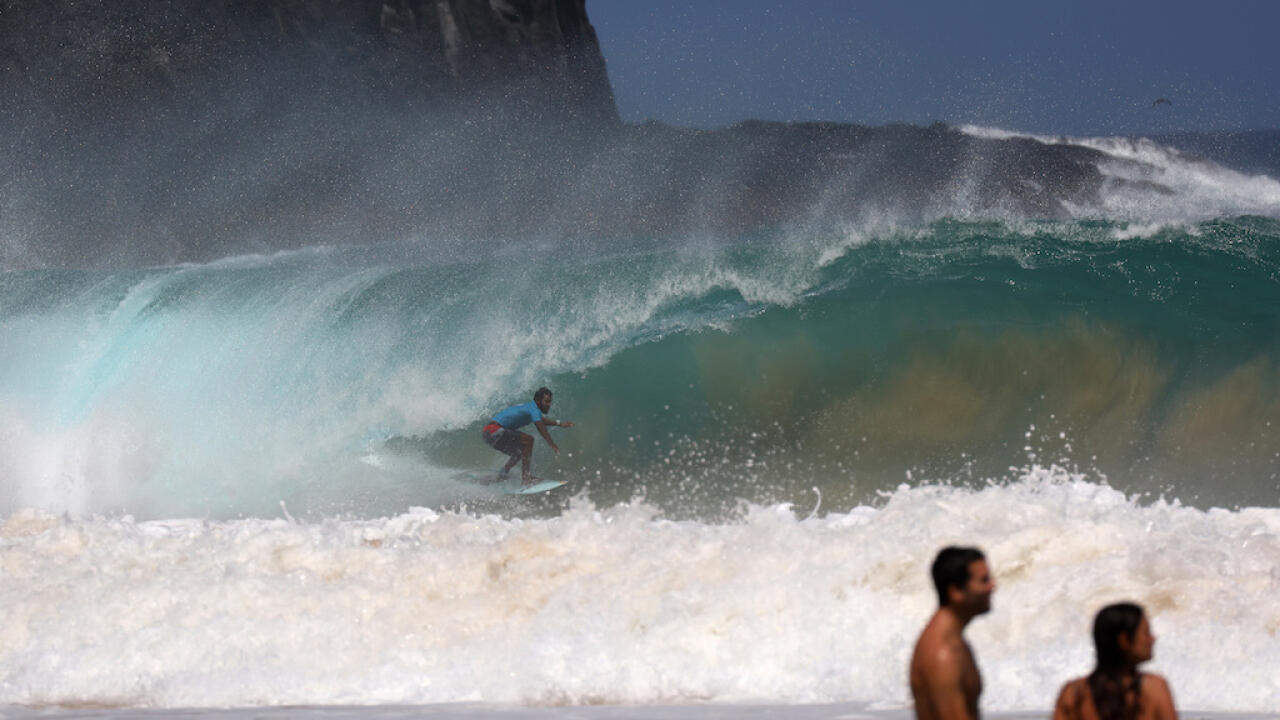 "What a special feeling! I can't believe what just happened," exclaimed Igo in his post-heat interview. "I just feel blessed to be back on this island competing again. I feel like I have a special connection with this place and I'm grateful for being in the right spots during my heat and for getting those two high-scores. It's so amazing to get barrels like those and I feel like I've got a lot more left in the tank in this contest."

When asked to describe his unanimous 10-point ride, Igo stated:

"I was way behind the take-off spot when I paddled into that wave, but I couldn't believe how perfectly it stood up. I knew it was going to be a good one when I got to my feet, but I was so deep that I didn't know if I was going to make it. As soon as I made my bottom turn, I started pumping in the barrel to build more speed and I just concentrated on making it out. Getting a ride like that feels incredible and makes you appreciate this place even more." However, soon after Igo's performance, the tide started to drop quickly, forcing the athletes to change their strategies and adapt to the ever-changing line-up. Wave selection became crucial. Avoiding closeouts and sticking big sections became the overall game plan. But the occasional Pipeline-esque barrel could still be found charging down the lineup.

Growing up and training at spots like Supertubos, Portugal's Miguel Blanco is perfectly accustomed to barreling waves. The Portuguese surfer also caught one of the best waves of the day and earned a 9.07 from the judges by coming out after the spray on a deep lefthander. 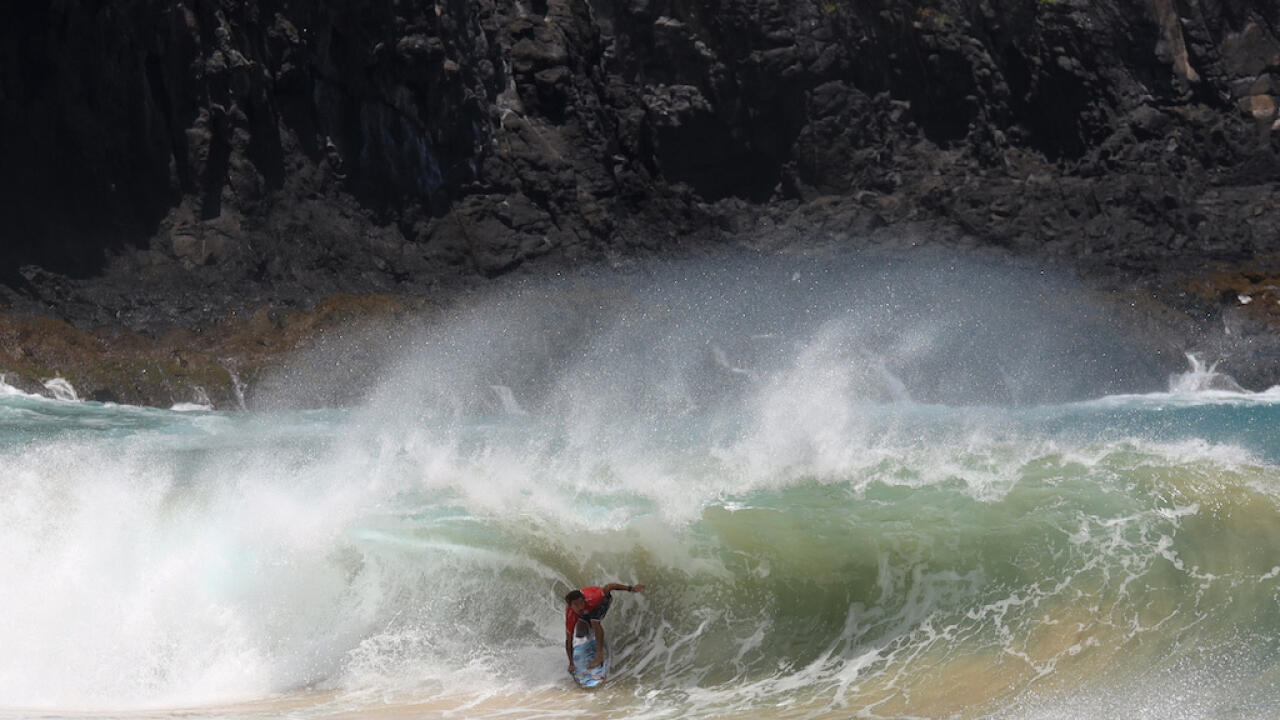 "Conditions got a bit tricky with such a low tide, but there are still perfect tubes out there," said Blanco. "I tried to stay busy in the water and that strategy worked out well for me. I caught a nice little right at the start and then got shacked on that left at the end. I'm super stoked and it's a great way to start the year. I came to Noronha on a surf trip a few years back and I caught an epic swell. So, when I saw this event on the calendar, I didn't think twice about competing here and I'm happy that things are working out." 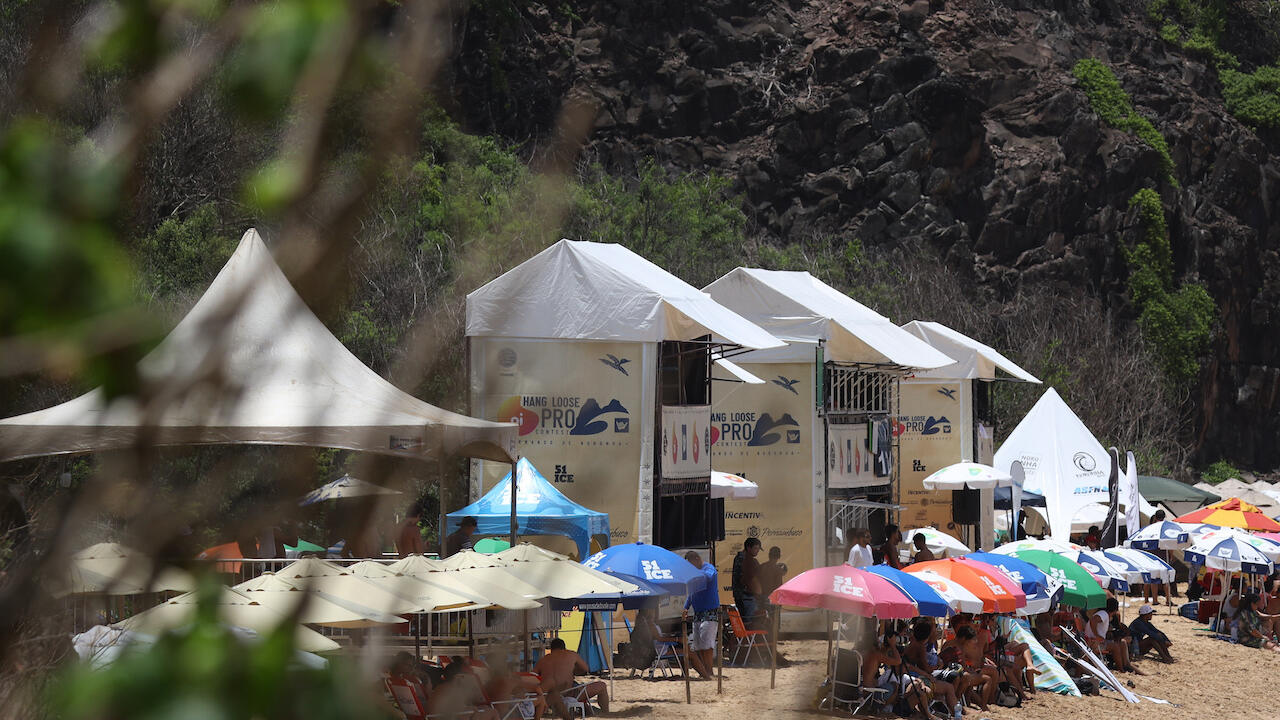 Set to face off against Medina will be Tomas King (BRA), who came out victorious in the first heat of the event alongside Patrick Tamberg (BRA) over Benji Brand (HAW) and Adrien Toyon (FRA).

"I friend of mine told me that if I won my heat, I'd be faced up against Medina, so I'm stoked that I'll be getting that opportunity," King said. "It's going to be cool to surf against a world champion and I'm determined to do my best. My goal is to qualify for the CT and leaving here with good ranking points is the first step in that direction. I'm already anxious for my heat tomorrow," said the promising young Brazilian. 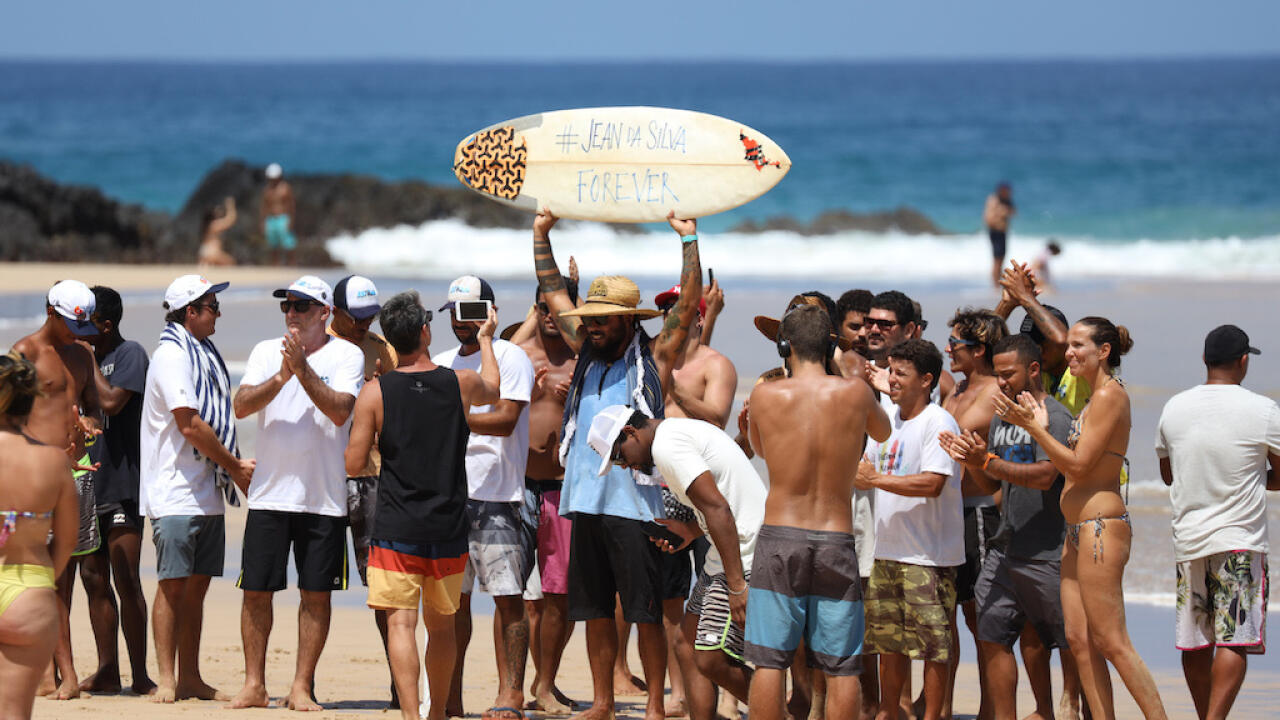 In a touching moment on the beach, earlier in the day a crowd gathered to honor Jean da Silva (BRA) who passed away two years ago. Da Silva had an illustrious career in Noronha which included a victory in 2006 and a runner-up finish in 2012. A group consisting of athletes, fans and staff joined together in a circle and held up a board Jean had left on the island with "Jean da Silva Forever" written on it.

In appreciation of Da Silva's "go for it" attitude, the contest will hand out a trophy in memory of Jean da Silva for the athlete that scores the highest heat total of the event. At the moment, Samuel Igo is in strong contention after earning a 19.00 out of a possible 20 points. 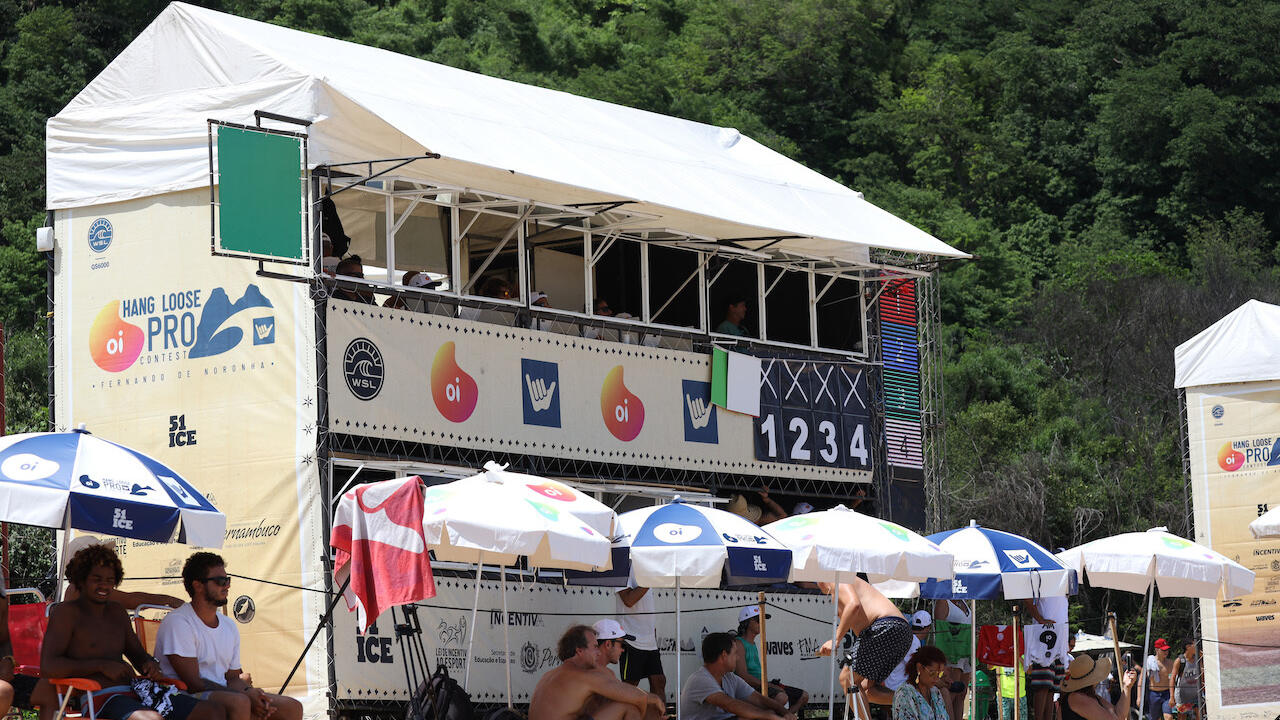 A call is set for 7:00 am local time to assess conditions for continuation of the WSL Men's QS 6,000 Oi Hang Loose Pro Contest.