A beautiful day unfolded in the crystal clear waters of French Polynesia for opening affairs at the Air Tahiti Rangiroa Pro, a men's QS 1,000 event, with solid swell on offer. Rangiroa's shallow waters demand commitment and respect from the competitors on hand, but will provide the ride of a lifetime when you get it just right.

Today's three-to-four foot, occasional six foot sets, showed a glimpse of what potential this wave has after a slight drop from the weekend's swell and competitors didn't let it go to waste. 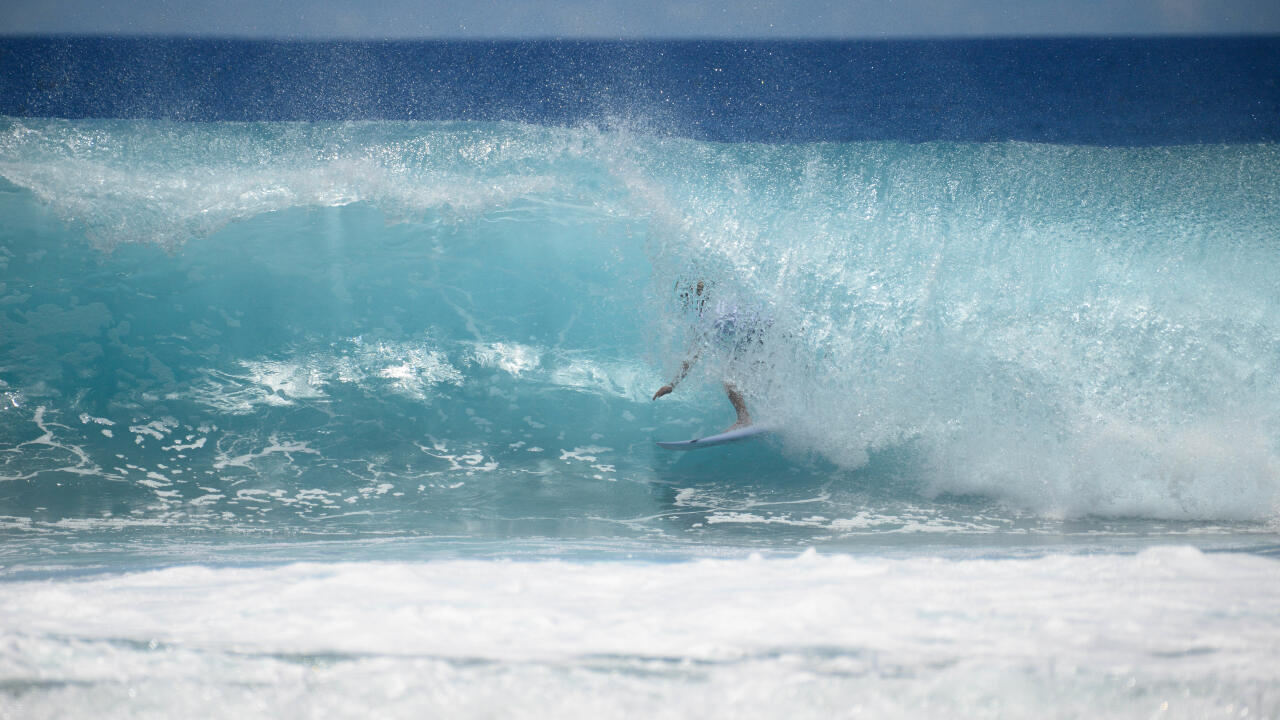 Fireworks ignited with Maui, Hawaii's, Will "Coconut Willie" Hunt making a miraculous exit on a long barrel ride that earned him a near-perfect 9.50 (out of a possible 10). The 30-year-old has his special training ground of Honolua Bay, but the difference of depth played a big factor between the Bay and Rangiroa with its shallow reef -- something Willie overcame. Along with the help of a few new sponsors, Willie continues his coconut business to help support chasing his dreams of pristine lineups.

"Honestly, I dropped in and I could tell it was going to barrel but a piece of foam hit me in the face so I closed my eyes," Willie said. "I just felt what the wave was doing and hoped for the best. It's perfect here -- sunny, waves are firing, and all my friends are here so it's just beautiful. I love French Polynesia, it's my sixth trip here, but my first to Rangiroa.

"The reef is definitely scary, but I like to consider the reef my friend (laughs). Getting far in this event is the objective and hopefully the conditions stick around." Teoro Tahutini is no stranger to Rangiroa and brings that experience to the jersey. - WSL / Christophe Abraham

Heifara Tahutini Jr. started off run of good results for Tahitians after winning Round 1 Heat 3, but it was Teoro Tahutini who posted one of the day's top scores of an excellent, meaning it was over an 8.00 (out of a possible 10), 8.77. The 26-year-old navigated through Rangiroa's treacherous barrel with confidence as reef sat mere feet below his board. This is just a stepping stone for Tahutini, hailing from Papenoo, toward bigger goals at the event.

"This is a wave everybody wants to come to and it was great getting that excellent score, even after waiting for so long," Tahutini said. "I'm so grateful to get a wave like that. My goals start with hopefully winning this event to build points and then start looking at doing more events in Hawaii. But, the issue of competing away from Tahiti always comes down to money to do so." Tahitian Mauiki Raoiha pulled off one of the early upsets to start his campaign with a victory over Eli Hanneman and Eli Olson. - WSL / Christophe Abraham

"I didn't really care who was in my heat and just wanted to get through Round 1 (laughs)," Raioha said after eliminating one of the top-seeded surfers, Eli Olson. "This is just a stepping stone toward getting to where I want to be at the end. My goal is to win the event and I'll give it my best." Cole Frye. Fresh into Rangiroa and a heat win to start things off. - WSL / Christophe Abraham

Hailing from Kauai, Hawaii, Cole Frye made his first-ever heat at Rangiroa worthwhile after posting a 15.33 (out of a possible 20) heat total to win Round 1 Heat 7. At just age 17, Frye is garnering experience away from the Pro Junior events wherever he can and showed he's capable of throwing caution to the wind in a wave of consequence -- posting an 8.40 on a hollow barrel ride.

"It's so beautiful here, it's out of a movie or something and I've been enjoying it with my friends," Frye said. "The wave breaks so shallow compared to home and the heat takes a lot out of you, though. It's a whole other level. It feels so good to start like this. I started well at Sunset as well, but fell off so I have to keep this momentum through the whole contest and pace myself." From North Shore leg, to Tahitian leg, Tyler Newton is all in to start 2019. - WSL / Christophe Abraham

Fellow Kauaian Tyler Newton also embarked on a maiden Rangiroa voyage with the hopes of continuing some momentum from Sunset and Pipeline events. The 28-year-old did just that with an excellent 8.63 to secure a spot into Round 2. It's the first time in nearly five years that Newton has his sights on giving a full run toward his ultimate goal and has an opportunity to do just that.

"It was slow, but when the waves come it's one of the best waves I've ever surfed in a contest," Newton said. "Perfect. It's a perfect barreling right in beautiful water. When it's this good though, it can get a bit stressful because you have to perform at your peak for good scores. I feel good and healthy, and I really want to surf the Triple Crown this year with intentions of doing well so here's the first step out of Hawaii."

On the second day of the action, the QS1,000 delivered more impressive waves and performances.