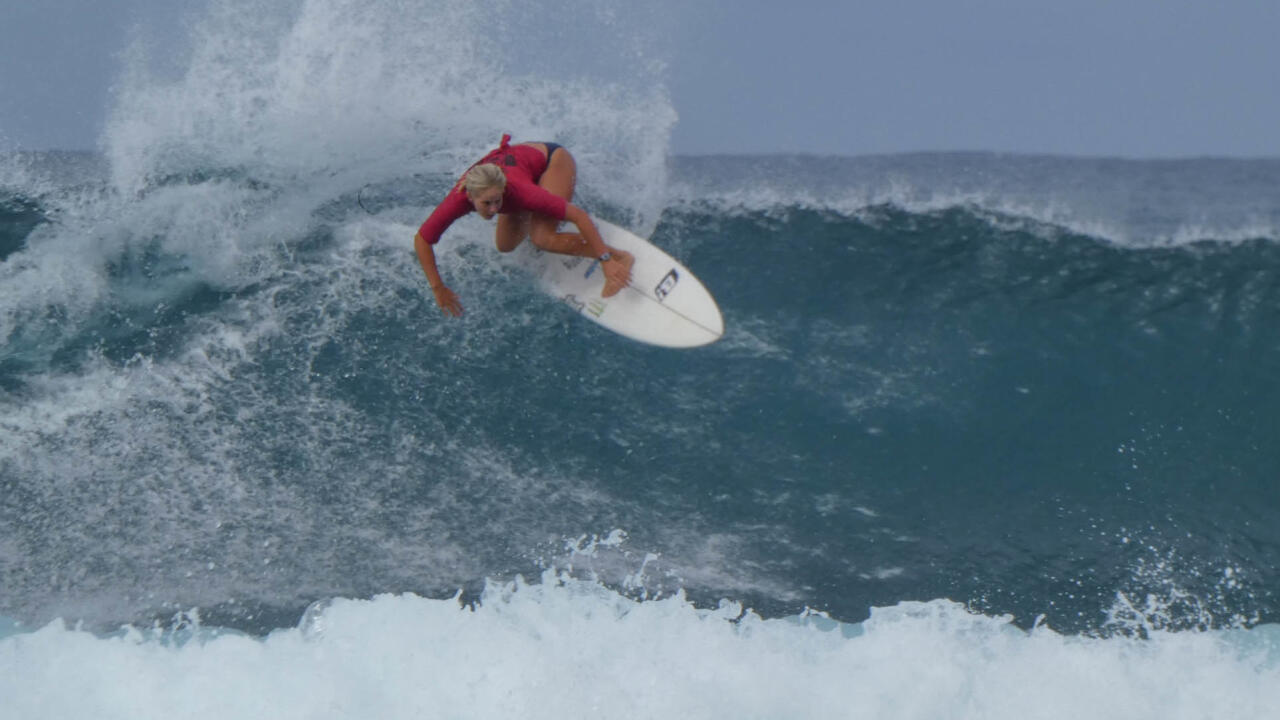 Bryan's backhand attack continued at the black sand beaches of Papara with more excellent scores to go with it. - WSL / Sarah

The women's Tahitian leg belongs to Bryan after an incredible showing over the last two days, not losing any of her heats along the way, and now boasts three wins in 2019 already. The 16-year-old and Stone, 15, were easy standouts at Papara and neither could be denied trips to the Final where, in the Pro Junior rematch, waves were a bit harder to come by and only a 6.01 (out of a possible 10) was needed by Stone this time around. But, the Kauai, Hawaii, native held firm and netted a 7.77 midway through the heat to put the pressure on -- ultimately securing her win.

"This is pretty awesome and I am super happy to win both of these events," Bryan said. "It was the same Final so it was definitively going to be hard because Savanna rips. The waves were very slow in that heat which made it difficult, but when the good ones came they were pretty good. You had to have a lot of patience." Now, Bryan prepares for a big leap in events from a 1,000 to the Sydney Pro pres. by Sisstrevolution QS 6,000. But the young Kauai competitor takes a lot of confidence away from a big week here after posting the events highest heat total of a 15.60 (out of a possible 20) in Round 3 - including the best single-wave score of a near-perfect 9.00. Stone brough the heat throughout her day of competing, posting an excellent 8.77. - WSL / Sarah

Maui, Hawaii's, Stone couldn't dismantle Bryan from her brilliant run but still walks away with two runner-up performances in Tahiti to take home. The 15-year-old can draw confidence from a clutch performance in her Quarterfinal heat against Luana Silva where she posted an 8.77 to regain the lead and solidify her spot into the Semifinals. There is still one last Pro Junior event in the Hawaii / Tahiti Nui region and she's put herself in a solid spot to clinch a WSL Junior Championship spot.

"In a few of the heats in this contest I stepped up and I started competing to how I surf," Stone said. "I'm really happy with my performances here. I ended up getting a really good one at the end I kind of capitalized on. But I ended up not getting the scores that I needed. I'm super happy for Gaby though, she is one of my really good friends. This year I'm going to be focusing on our Juniors Turtle Bay event and focus to get my spot in World Juniors." 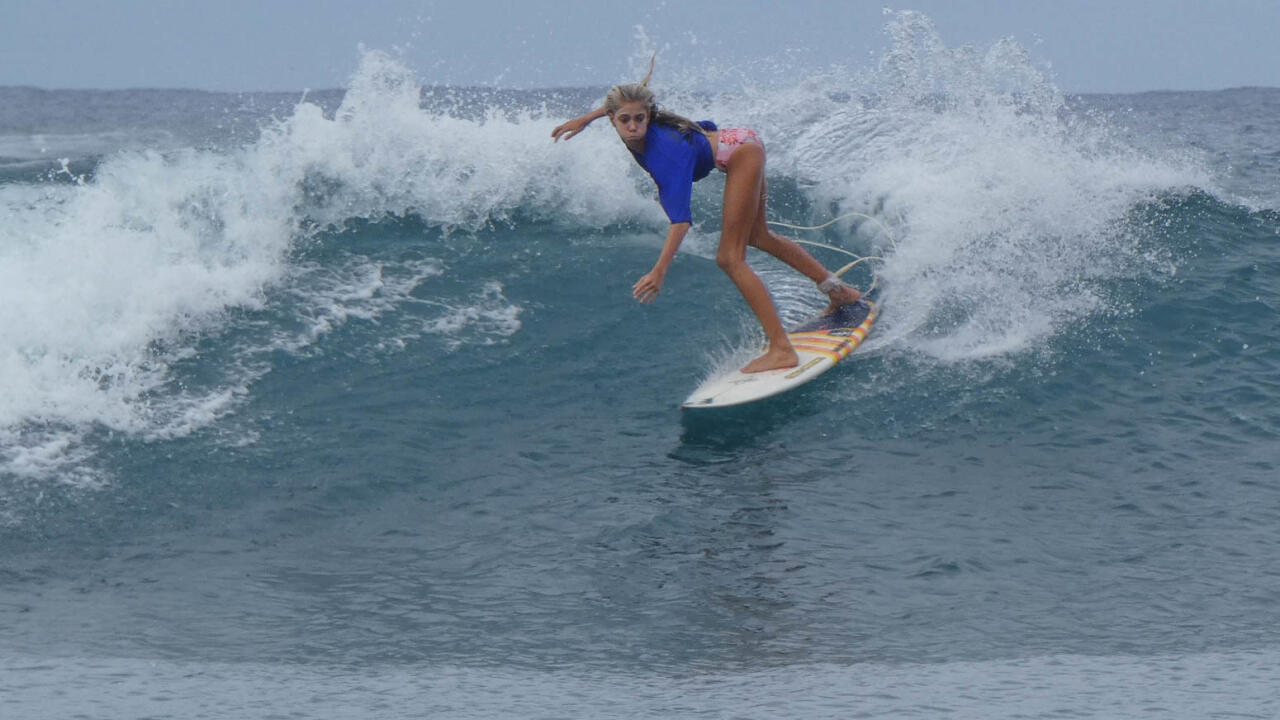 Aelan Vaast had a breakthrough performance of her own in both the Pro Junior and QS events. - WSL / Sarah

The next generation of Tahiti's contingent put on a great display with three of its competitors making to the Semifinal of their respective events. For Aelan Vaast, 14, this is just a stepping stone toward bigger things.

"I did better than last year in both Junior and QS events and I am happy I lost against this year's winner," Vaast said. " I am going to train harder with Hira Teriinatoofa (2x ISA World Champ) to do even better next year."