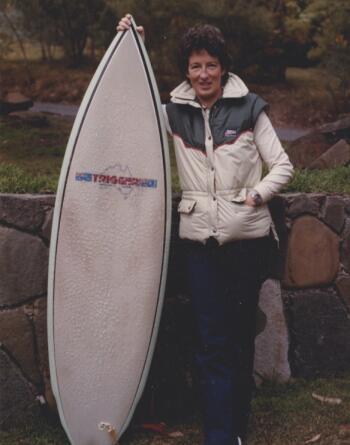 With help from Matt Warshaw at the Encyclopedia of Surfing, we're proud to share the stories of these outstanding women who have broken down barriers to shape a new norm. Pioneering a sport is never easy, and in 1964, Gail Couper became the first female surfer to win an event at Bells Beach. She would go on to win there a record nine more times

The annual Bells Beach Easter contest, inaugurated in 1962, became the Rip Curl Pro in 1973, after Torquay-based Rip Curl Wetsuits signed on as event sponsor. The right-breaking Australian reef wave is located three miles southwest of Torquay, Victoria. Facing the chilly and powerful Southern Ocean, and flanked by limestone cliffs, Bells Beach - named after the Bell farming family - has for decades been a venerated break within professional surfing.

In 1964, Gail Couper became the first female surfer to win an event at Bells. Couper, who grew up in Lorne, Australia -- about 30 miles south of Torquay -- would go on to win the event a record nine more times between 1964 and 1976.

"Bells is the most iconic spot on Tour when it comes to women's surfing history," said Deputy Commissioner Jessi Miley-Dyer. "Gail Couper has won the event 10 times, but not all of them were within the professional era. She's one of those women within the sport that didn't get all the recognition that they deserve - for being a mold breaker and someone that really paved the way." Now, more than 50 years later, Couper still holds the record for most Bells Beach trophies. Lisa Andersen, the 4x World Champ, and Stephanie Gilmore, the 7x World Champ, are trailing her and tied for second, with four wins each.

"Bells has a long history of events before it was ever worth any money," said Couper while watching this year's Rip Curl Pro. "There wasn't any money involved until 1973. You got points for maneuvers which drove the judges nuts, because they had this huge long checklist. They would sit in a shed that looked like it belonged on a farm and obviously, no one knew what scores they had when they were in the water."

Couper was born in Melbourne and originally liked playing tennis until her family moved to Lorne when she was twelve. It was there that she befriended Wayne Lynch - the teenage messiah of the shortboard revolution in the late 1960s and early 1970s, and generally regarded as the inventor of "vertical" surfing. 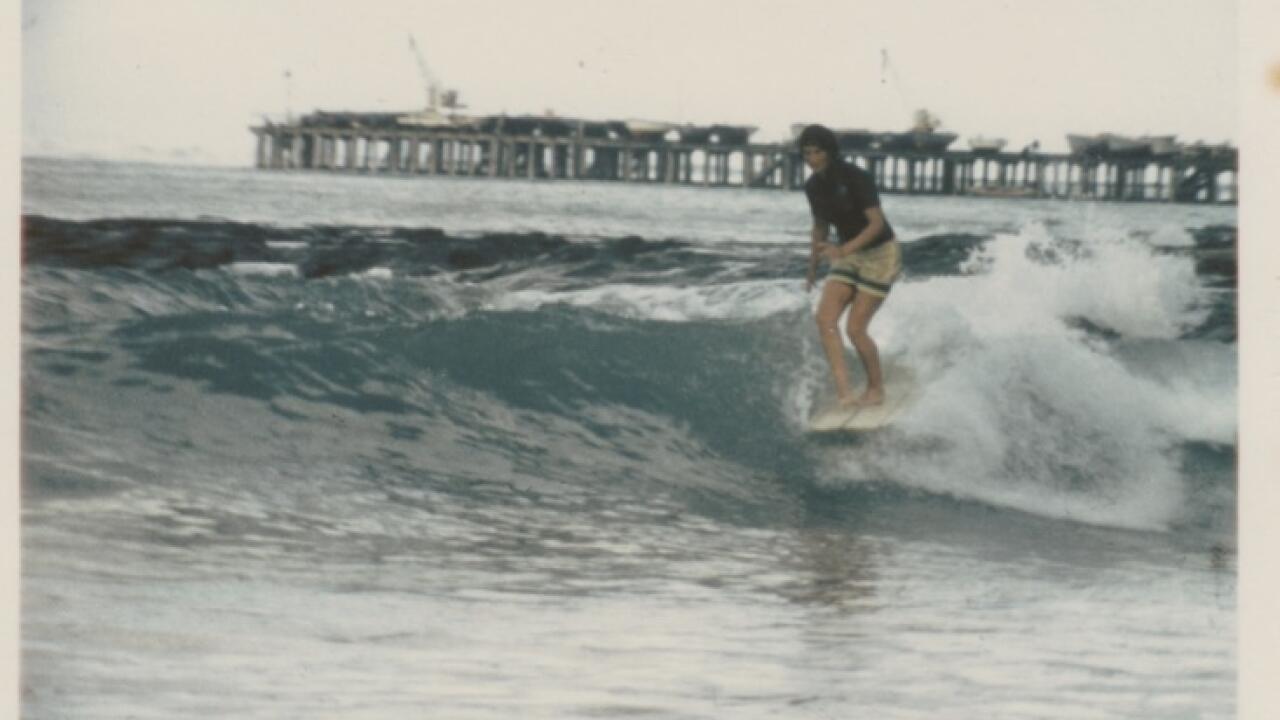 "We were friends, so our parents would take turns on the weekends taking us to new surf spots," said Couper. "We would try out all these new places. It was a lot of fun. The '60s in general were a lot of fun."

Couper won her first State Title just three years after taking up surfing which marked the start of her dominance.

Despite her success in the sport, the Australian had a fairly balanced focus. Couper went on to teaching school and became a teacher in her hometown.

"In the early years, everyone had a job," continued Couper. "That was the only way you made money. Surfing was the sport that you did. It was the sport you loved and here and there, there were contests. That's how life was. My students knew that if I came to school and my hair was a bit wet, that I had obviously paddled out before work. But it wasn't something that I really knew to brag about." Couper rang her last Bells trophy in 1976. Her teaching career eventually took over as top priority and she retired from competitive surfing in the late 70s as the sport started to ramp up.

Today, Couper still lives in the seaside town of Lorne. She has retired from teaching but makes it down to Bells Beach every year for the Rip Curl Pro. Now in her early 70s, she rides an 8'6" Naish Mad Dog SUP.

"I love coming down to Bells. The Tour is one big family," said Couper. "Plus, the progression and promotion of women in surfing is fantastic. It's been great to see. It's been a long time coming."