Pollock Beach: Less than flattering conditions greeted the early morning arrivals at the Nelson Mandela Bay Surf Pro in Port Elizabeth - the event that signifies the official start to the South African leg of the WSL Africa Tour 2019 - but it did little to dampen the spirit of all the feisty competitors entered into the competition. 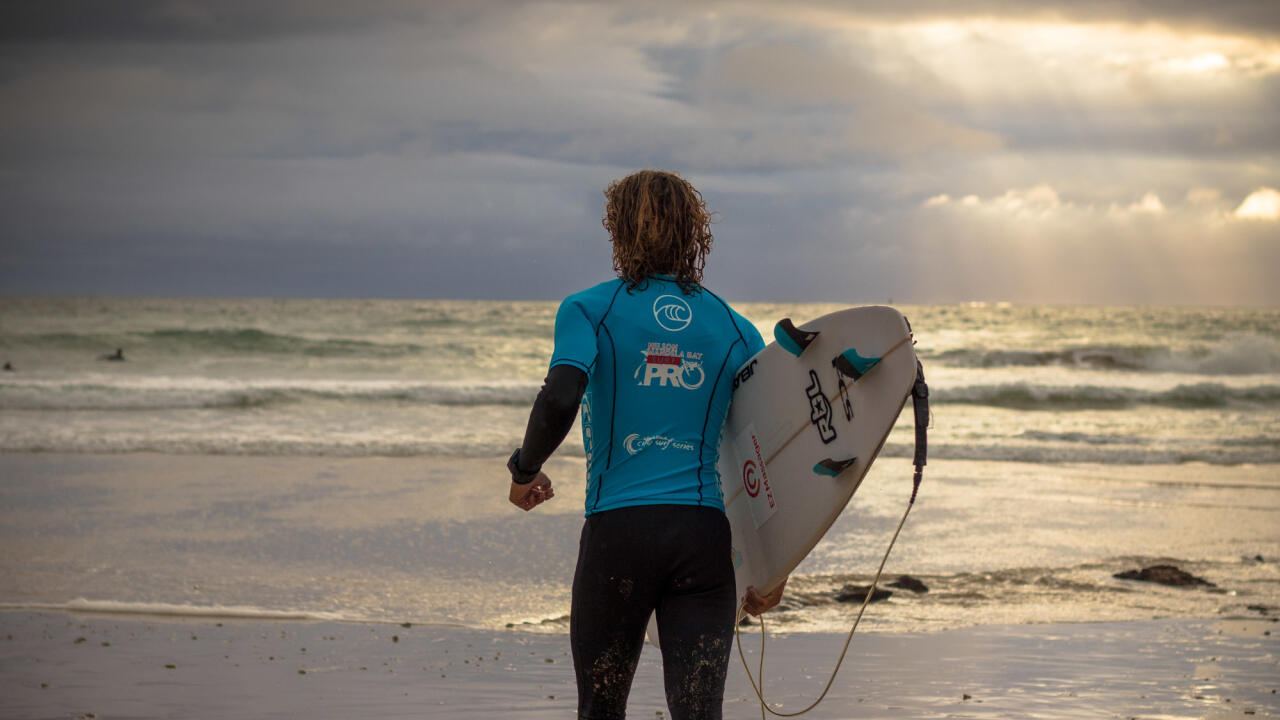 The ever consistent break at Pollock Beach in Port Elizabeth is once again the venue for the Nelson Mandela Bay Surf Pro 2019. The conditions on the opening day were tricky but there were some excellent scores posted throughout the day. - WSL / Thurtell

Tiny waves, strong onshore winds and a spring low tide made for testing conditions, but even a little late morning rain couldn't quell the spirit of the competition as the best South African surfers and a contingent of talented international athletes took to the water. The waves were soft and powerless but highly contestable, which saw everyone bring out their small-wave boards and their best performances. It has been a while since the South African surfers have had a chance to compete at QS level, but they did not hold back in their attempts to attack the waves and advance through the draw.

Daniel Orpen (ZAF) was one surfer who delivered a spirited performance in his opening heat in round 1 of the Men's QS 1,000, racking up a series of critical backhand moves on one of the better left-handers of the morning. Second place went to Aya Gericke (ZAF), with both Luan Hanada (BRA) and Leli Zozo (ZAF) being eliminated from the event in minor positions. Fast and determined surfing from young Daniel Orpen saw him win his opening heat of the Nelson Mandela Bay Surf Pro with a couple of big scores for high risk turns. - WSL / Thurtell

That heat was immediately followed up another excellent display of surfing, this time from South African natural-footed powerhouse surfer Eli Beukes. Bryce Du Preez (ZAF) was hot on his heels and came second in the heat, thus advancing to the next round, while Stephano Jantjies (ZAF) and American surfer Gabriel Sutton were both eliminated in third and fourth place respectively. 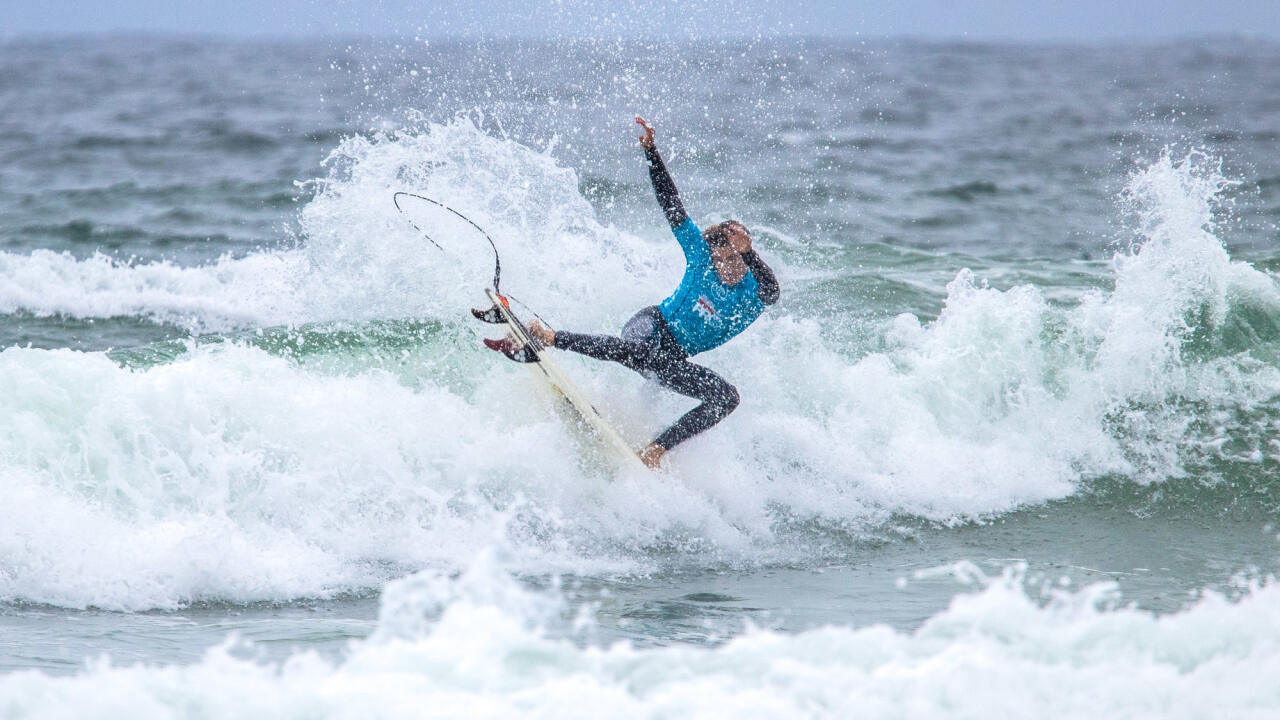 Eli Beukes is a contest savvy surfer from Cape Town with flair and talent, and a long list of excellent results behind him. He will no doubt wish to capitalise on his first round win with more good surfing over the Easter Weekend. - WSL / Thurtell

As the tide started to slowly roll into the bay, the conditions improved somewhat for the Women's QS1,000 event, as well as for the JQS Men. Zoë Steyn (ZAF) was her usual standout goofy-footed self in the women's contest, recording high scoring combination moves on her forehand as well as on her backhand, and stringing some good rides together for an emphatic first round heat win.

There is some tough competition from the international surfers in the division however. The stylish Japanese contingent did extremely well, with Nao Omura, Julie Nishimoto, Shino Matsuda, Minami Nonaka and Ren Hashimoto all winning their Round 1 heats with superlative performances. Ren Hashimoto was the stand out perfermer among the Japanese contingent who blasted through their first round heats, taking five heat wins out of five on Day 1 of the Nelson Mandela Bay Surf Pro. - WSL / Thurtell

The improved afternoon conditions saw the JQS Men hit the water, with South Africans Aya Gericke and Mitch Du Preez both winning their heats, while Brazilians Luan Hanada and Rodrigo Saldanha also were victorious in their encounters.

Jeffreys Bay surfer Angelo Faulkner was another who excelled in the tricky conditions, advancing through in second place in his first round heat. The natural-footer grew up surfing the long and perfect walls of Supertubes, Jeffreys Bay, but had little problem adjusting his approach to the disjointed, onshore conditions that he was presented with in his opening heat.

"It was onshore, but actually pretty good out there with nice bowls," said Faulkner, who was happy to advance along with Hanada. "It didn't look very good from the beach but when you got out there it was actually pretty fun. I only got a second, but I got through." The Nelson Mandela Bay Surf Pro will continue tomorrow at Pollock Beach with an offshore wind switch and much improved conditions forecast to kick in. The contest runs until Saturday when the winners in all four events will be crowned.