The Bells Beach 50 Year Storm Invitational will see local legend Shaun Brooks honored as a field of family, friends, local surfing royalty and big-wave chargers paddle out for a one-day invitational contest at Bells. Shaun, a former World Junior and Victorian Open champion, took his own life in 2012 after a long battle with mental illness.

The 50 Year Storm event has been unsuccessful in running for the past two years. As the event is about the mental illness awareness and sharing, the events committee is committed to running the event this year and have changed the event running conditions to "the best big day" in the waiting period, which will be in the 6'+ range. 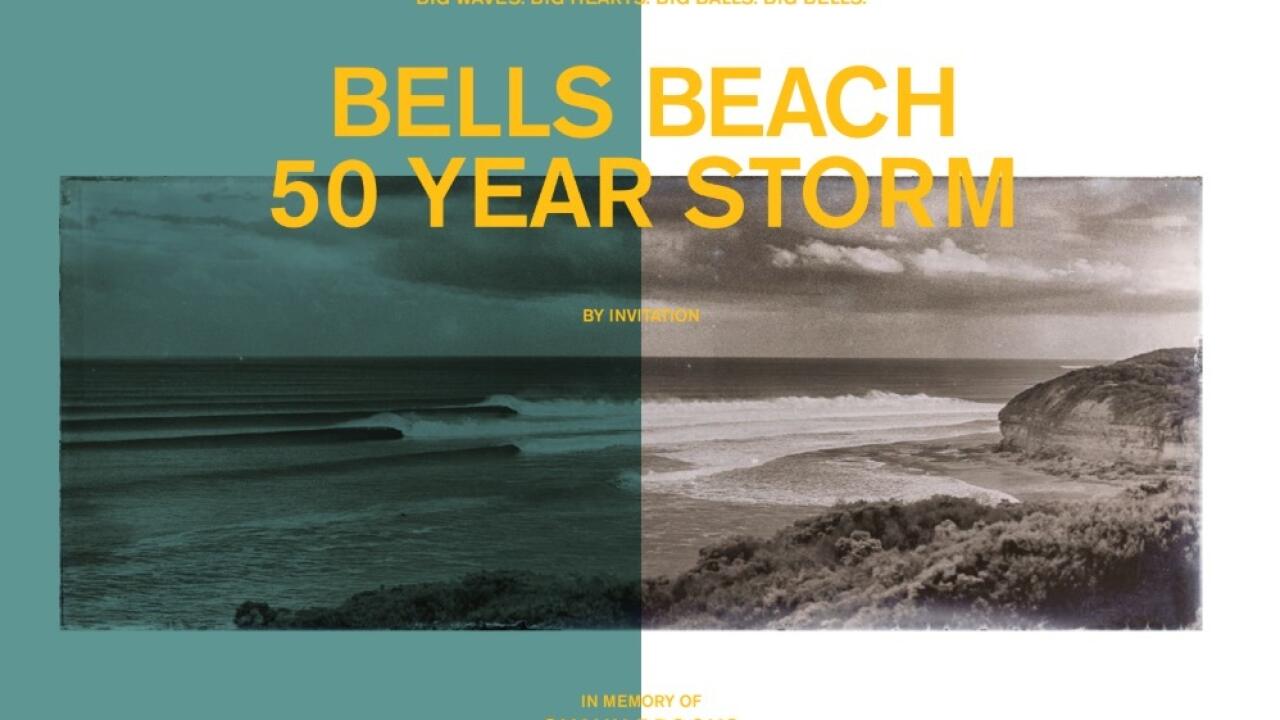 "When Shaun was home he was always chasing the best waves around our state, but he especially loved when his home of Bells Beach was perfect. His beautiful lines on our famed waves was inspirational to a lot of us in the town," said event committee member Carlo Lowdon.

The number of surfers in the event has grown from 18 to 30, with 25 spots voted on by the public. The other five wildcards will be decided by the Brooks family and the 50 Year Storm Committee. It was decided to increase the number of surfers due to the amount of young up and coming chargers in the state.

The tight-knit Torquay surfing community and surf industry has swung behind the event, so far over $15,000 has been raised to benefit mental health programs in the local community of Torquay. The event channels the fabled history of Bells Beach, with the name a cheeky reference to the 1991 cult movie, Point Break, where the lead character Bodhi paddles out at Bells in the "50-year storm" never to return. Surfers gather in commeration of Shaun on May 17th 2017.

Public voting for the 25 surfers opens on April 26. The voting information can be found on the Bells Beach 50 Year Storm Instagram.

The opening ceremony for the 50 Year Storm Invitational will be held at Bells Beach on June 2nd. The ceremony will feature a traditional Wathaurong welcome, the introduction of the invitees, then a paddle out and party wave for all those who wish to be involved.

The waiting period for this year's event begins on June 2 and closes August 31.

*The Bells Beach 50 Year Storm Invitational is not a WSL affiliated or sanctioned event.