With the Championship Tour returning to Bali for the second time in a row for the first time ever, Rizal Tandjung - Bali's godfather of professional surfing - shares his thoughts on the event, what it was like to surf Keramas two decades ago, which Indonesian has the best shot at making the Tour, and more.

World Surf League: There have only been three CT events in Bali in the last 20 years. This will be the fourth. What does it mean to the island to have the CT return to town?
Rizal Tandjung: The WSL coming back to Bali is a big deal. We have world class surfers here, and so it's a dream for the kids to see the Tour, the level of surfing, and just to be around the top athletes in the world. It's very important for them. And for the surf industry here in Bali as well. Before the CT in Bali we just had G-Land, a long time ago. But not everyone could watch it. Now, it's right there at Keramas for everyone to see. 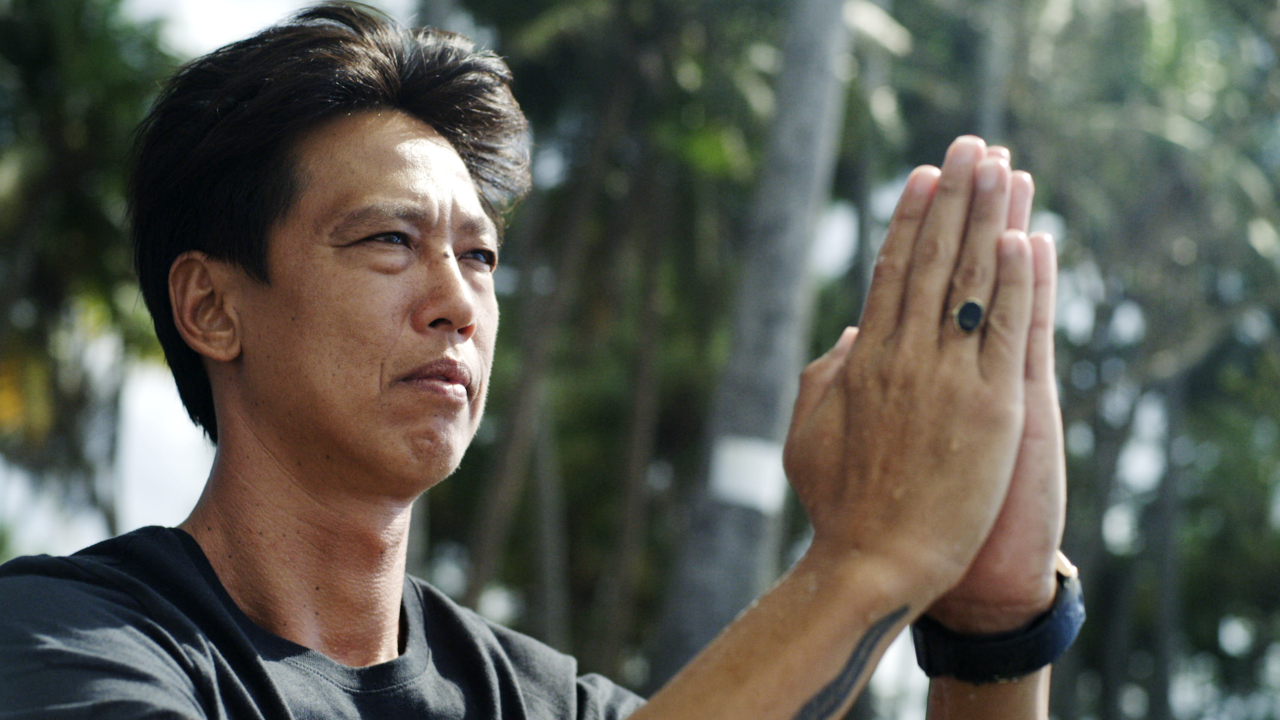 Are we getting close to seeing the first Indonesian qualify for the CT?
I think so. There's Rio Waida, and he's on fire. He really wants to be there. And then we also have Oney Anwar, he's been trying for a couple of years. Then there's also Bronson Meidy - he's surfing really well. There are a lot of others too. So many kids are ripping. It's really just a matter of time before one of them makes it on. Everything they need is here. But it's a matter of mindset and experience, and being willing to leave perfect waves at home to go out on the road on the QS to qualify, even if it's in a lot of small waves. I think our next generation is on a good track and are gonna get there. So it's really cool for them to see the CT come to the wave they surf everyday, you know?

Do you remember the first time you surfed Keramas?
Oh yeah. Once they made the road [on the east coast], we were able to go check things out, and we just found all these empty waves. Back then we would just surf Keramas all day by ourselves. Barrel after barrel, day after day. It was crazy. Slowly, people started to find out, and show up one by one. Then it was two guys coming, three guys coming…and they'd just walk down the beach and see us getting barreled, and go "Oh my god." It was all over after that.

How many years were you able to keep it under wraps?
We surfed it for about four years with no one. But then we started bringing our friends: Andy Irons [Shane] Dorian, Benji [Weatherley], and filming with Taylor Steele.

Do you find the wave challenging as a goofyfoot?
No, I love it. I think Keramas is one of my favorite waves backside. It's so good. It's sort of a tricky wave, but it's one where you can stay in the pocket and go straight up and hit the lip. The wave bends so hard at you, there's not many waves like it.

But Keramas can also be hard. If you mistime a turn you'll ruin the entire wave. Same goes if you ride too far out on the shoulder. It's a rhythm wave. You need to stay really tight in the pocket when you're surfing there, frontside and backside. Surfers need to be really quick and snappy. You have to be able to react. And Keramas changes quick with the tide. The surfers that have experience out there have an advantage for sure.

In your eyes, has the wave changed much in the last 20 years?
It's a little bit different. The flow of the river changes, so that changes where the sand is on the reef. Before, back in the day, you always took off deeper, up by the keyhole. There's also a lot of erosion from the tides on the east coast of Bali, and over the years some new waves have come and some have gone away, or gotten too much backwash on them. The tides have really changed some of the land over there. With a big swell, and a full moon, it will take all of the sand out. But Keramas is still such a sick wave. It's still firing. As a venue for a CT, what makes Keramas so unique?
It's a show. Keramas is super close to the beach, and with the Komune resort right there, and the pool on the beach, its the perfect venue for an event. Nowhere else are there waves like that, where you can watch guys go big on every wave from the pool. I think for all of the CT surfers, this is also one of their favorite events. Holiday vibes, but with pumping waves everywhere.

Who is your pick to win?
Obviously John John is on fire right now. He'll go crazy. Keramas is like a skate ramp, you know?

Which Indonesian wildcard could you see doing the most damage?
I think Rio will be in, since he's the highest ranked Indonesian right now [on the QS], and he's surfing really good. I also think Bronson is in the Airborne event and that will be sick, he's been ripping. It will be fun to see Bronson surfing with all of those guys and going big. And I think they have a local trials for one spot, so we should see a couple of local Indonesian's in the event.

Watch the Corona Bali Protected live May 13 - 25 on Worldsurfleague.com, App and Facebook.