Conditions vastly improved at the reefbreak known as La Punta for the second day of competition at the World Surf League (WSL) Heroes de Mayo Iquique Pro. The day was riddled with elevated scores in Round 3 at the Men's QS 3000 and was topped off by an incredible barrel from Facundo Arreyes (ARG) that was deemed a 9-point ride from the judges. "It's an incredible feeling but it's so hard to put into words," declared Arreyes, who came out of the tube in emphatic fashion with his arms raised over his head. "At the last minute, this amazing wave came and I tucked into it but I didn't think I was going to come out. I needed a 3.90 to advance, so when that set came in, I tried to stay patient, but I knew I had to go from behind the peak to get as deep as possible. It was definitely a highlight for me and I just want to thank the people of Chile and the city of Iquique for having this event in a place with such good waves," Arreyes finished. Arreyes won the last heat in Round 3, but was not the only person to shine during the day. The Chilean surfers continued to show their comfort-level in the 4-6 foot (1.5-2 meters) waves on the shallow reef at La Punta which breaks along a jagged shoreline. The home crowd was delighted to see local surfers such as Juan Carlos Lombardi (CHL), Danilo Cerda (CHL) and Guillermo Satt (CHL) advance into Round 4.

On the other hand, many first-time visitors to Iquique and Chile are thriving in the pumping conditions. Billy Stairmand (NZL) and Dylan Moffat (AUS) had little-to-no experience surfing in Chile, but have been standouts during their heats. Stairmand found two long righthanders that reached the sand, while Moffat went against the grain to score an 8.00 on an unexpected lefthand barrel. "It's such a sick area here," exclaimed Moffat. "I've never been here before, so it's cool to explore the area and look around. There are so many different waves here, especially in comparison to back home in Australia where I'm used to 2-ft average beachies. Coming over here and getting barrels in heats is the best feeling ever. The waves are super fun, but the water is a little cold compared to Australia. I'm staying with a really good Aussie crew, so it's always good to have a bunch of friends to give you support before a heat."

Upon completion of Round 3, attention turned to the Men's division of the Pro Junior at the Heroes de Mayo Iquique Pro. The under-18 athletes charged the waves at La Punta, led by the young Tahitian Kauli Vaast (PYF), who scored the highest heat of the day with a 12.60 with Luan Hanada (BRA) advancing in 2nd place. He was followed by Nick Marshall (USA) who took first place and moved on to the next round alongside Radziunas Franco (ARG). 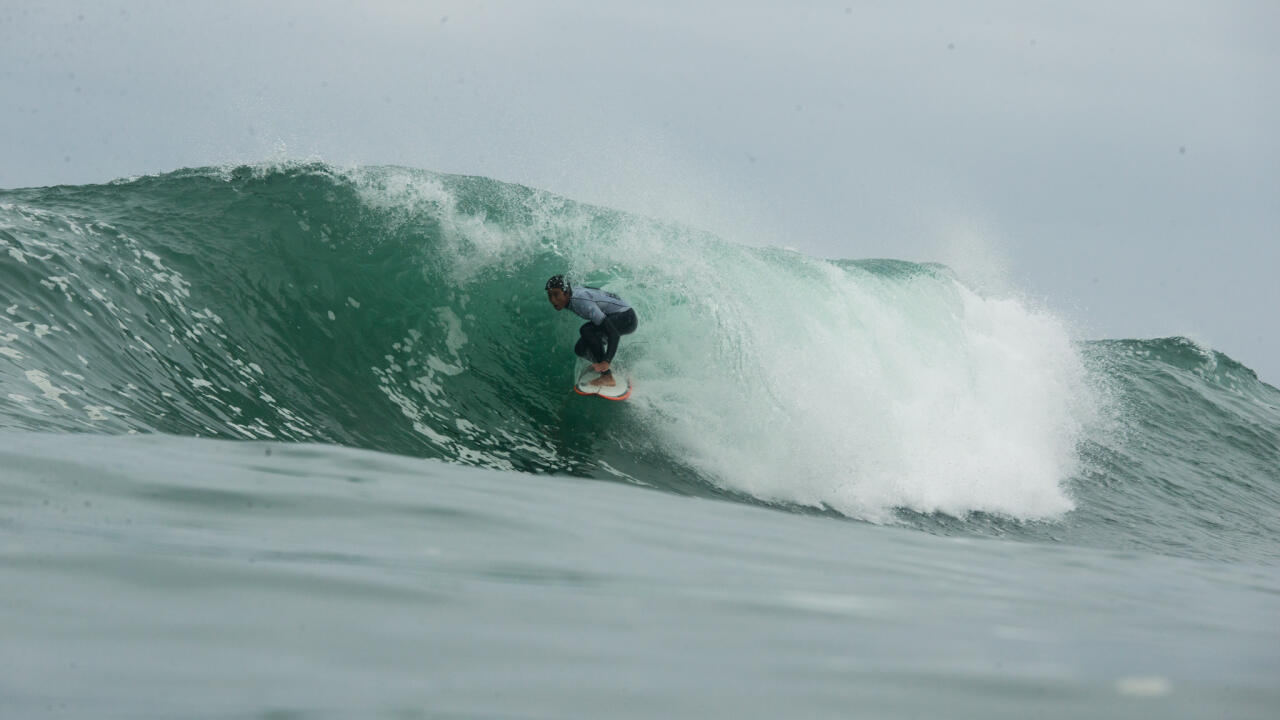