One of the most holistic collaborations in Hawaii around surfing recently took place at one of Oahu's most unlikely locations, far from the birthplace of surfing in Waikiki or the famous stretch of waves on the North Shore. On May 16, the campus of Farrington High School in Kalihi came alive with the spirit of success, thanks to a three-year partnership that brought together the World Surf League, Farrington's Engineering Academy and the Hawaii Youth Surfing Development Organization for an innovative project that has the potential to trailblaze high school curriculum across the nation.

Farrington High School and the World Surf League (WSL) began their relationship over three years ago when Farrington staff sought real-world collaborations for students to gain experience across multiple disciplines for career opportunities within Hawaii. The WSL took kids behind-the-scenes of some of its largest events in the world -- like the Billabong Pipe Masters and Volcom Pipe Pro -- provided role-mirroring and in-class mentoring with students and taught about job opportunities that exist within Hawaii's sport of surfing. 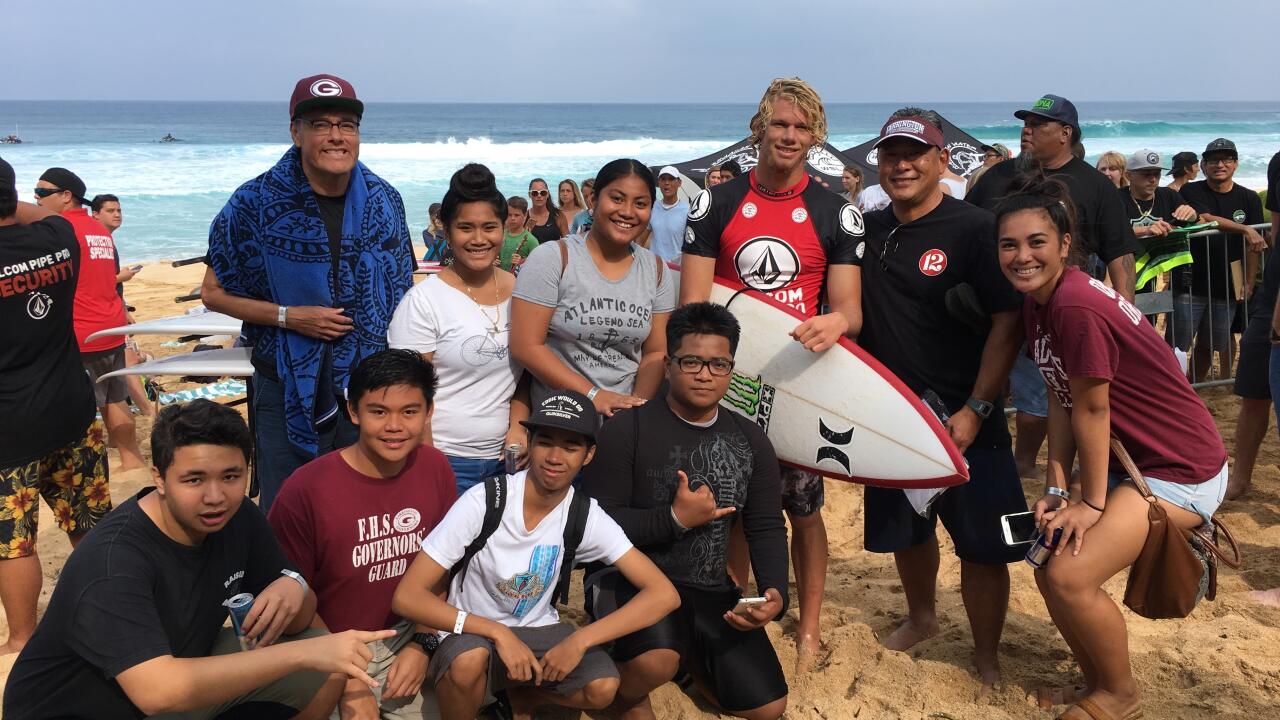 As the partnership developed, Farrington expressed a desire for a material, hands-on project that would challenge their Engineering Academy students in a real-world way, which is when Hawaii Youth Surfing Development Organization (HYSDO) entered for the creation of a new fundraising booth.

Two years and two hundred students later, the Engineering Academy unveiled a 20-foot mobile fundraising booth for HYSDO, which now becomes a centerpiece of the non-profit's fundraising and program initiatives, including the 2019 Vans Triple Crown of Surfing.

A 501c3 non-profit that introduces Hawaii's youth to career possibilities in and around surfing, HYSDO strives to point kids down a professional pathway through partnering with the WSL. For every competitive surfer trying to make their mark, there are five more supportive career roles that bring the global events to life. Behind the scenes of every professional surfing competition exists security guards, photographers, videographers, caterers, construction crew, broadcast support, public relations teams, operational managers, waste management crew, community partners and more; they are the hands that help make up the many occupations within surfing beyond actual surfing. Students visit the WSL Hawaii office in Haleiwa during a field trip in 2017. - WSL / WSL

The project challenged students in new and unique ways. Instead of working toward grades or scores, they became genuinely invested in the design process and end result, and ultimately fulfilling the needs of the ‘client' (HYSDO). Students worked to keep the project on track and on budget and held one another accountable. The multi-year process wove through many disciplines and involved a variety of departments, including computer engineering with AUTOCAD and Inventor programs; miniature models made in Wood Shop class; chassis conceptualizing and metal fabrication in Welding class; capturing the process through interviews, photos and video in the digital media department; producing a press release for the unveil event in English class; and ultimately producing a DOT (Department of Transportation) certified booth to the high-acclaim of HYSDO, the WSL and the Department of Education. 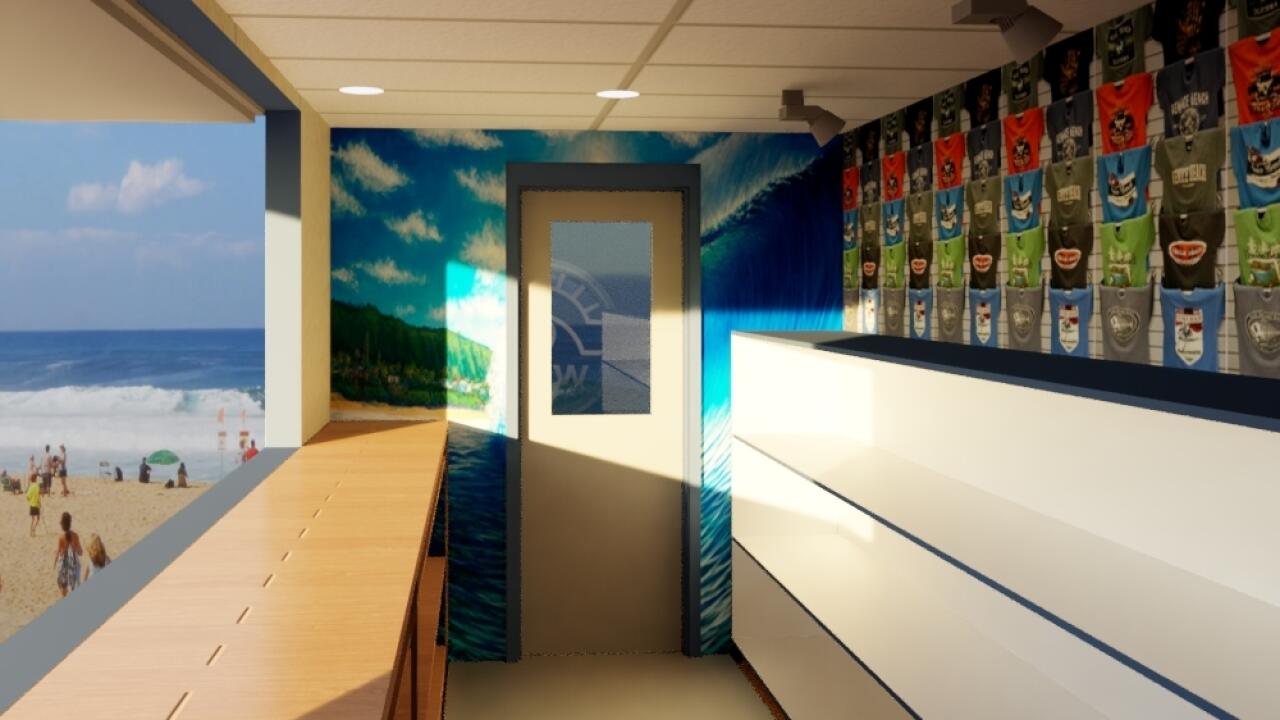 A student's computer rendering of the final design. - WSL / WSL Construction of the fundraising booth required focus and attention from every angle. - WSL / WSL

With funding through HYSDO, the fundraising booth was built on a trailer for easy mobility and incorporates sustainable design elements, features a large sales window, counter space, laminate tiled floor and more. It is the product of 30 different designs whittled down to one and will become a symbol of pride and ingenuity as one of the most well-rounded alliances in surfing between a high school, global sports league, regional youth non-profit and community partners.

"There are so many positives and intangible benefits that this project has yielded for our students, our academy, school and community," said Seitz. "We are forever grateful and excited for the future!" Following the indoor presentation, guests were invited to the grass outside where a traditional Hawaiian blessing took place and students shared a story in Olelo Hawaii (the Hawaiian language) to symbolize hard work and unity. Under the warm sun, students and staff sang their school song and then the fundraising booth was unveiled as attendees erupted with cheers and applause. The Farrington staff is presenting the collaborative project during the Model Schools of America Conference in Washington D.C. next month in June (2019), with Seitz leading the presentation on the partnership with HYSDO and WSL. Seitz will detail how the project positively affected Farrington's teaching, curriculum and learning, and will look to implement this style of hands-on study for schools across America.

The booth will be on display for the entire surfing world to witness, beginning with the Vans Pro in October. Until then, check out additional stories on the Farrington x HYSDO x WSL fundraising booth at the links below!