Friday saw another short day of competition with only five heats being carried out to finish off Round 3 at the Maui and Sons Arica Pro Tour in Chile. A decreasing swell in the 3-4 foot range (1-1.5 meters) still gave athletes an opportunity to catch some series shade inside the barrels at El Gringo in Arica. The last heat of the day saw Joaquin Del Castillo (PER) come out of a thick-lipped drainer for an 8.33 for the highest score of the day. Carlos Muñoz (CRI) was able to advance in second place, establishing the final 32 surfers of the event. Earlier in the day, three prior event winners faced off in Heat 15 of Round 3. Tomas Tudela (PER - 2017), Alvaro Malpartida (PER - 2013) and Jeronimo Vargas (BRA - 2018) battled to see who could potentially become the first two-time winner of the 10th edition of the Maui and Sons Arica Pro Tour.

However, it was Kauli Vaast (FRA), the Tahitian who is now competing under the French flag who blitzed the start with consecutive barrels for an early lead he would not relinquish. Vargas was able to find two mid-range scores on smaller barrels for a 9.17 total to advance behind Vaast, defeating Tudela and Malpartida who both seemed out of sync with the ocean. "It was wild to be in a heat with three event winners, plus to have the latest generation in Tahitian surfers as well, it felt like a Final in my first heat," said Vargas. "I'm a big fan of Tomas (Tudela) and Alvaro (Malpartida) is a legend, so I knew I had to do my best if I wanted to make it through. I got banged up during a freesurf session prior to the event, so it was actually a blessing to have those extra days before my heat. I'm still not 100%, but I can surf, so I look forward to my next heat."

Santa Cruz surfer John Mel (USA) has continued to look comfortable in the cold-water barrels of the Chilean leg of events. The young Californian's calm demeanor at the rocky reef at El Gringo has contributed to his success at the Men's QS 3000. "This is the best wave I've ever surfed on the QS, so it's really special to get barrels in your heat," said Mel, son of WSL Commentator Pete Mel. "It's a lot of fun and I've been having a great time. I just wanted to get a quick start out there. People have been getting low backup scores, so I knew that if I got something at the start, I could just wait for a bomb and luckily I was in rhythm with a couple of sets that came, so I'm stoked."

Leandro Usuña (ARG), the only non-Brazilian to win the WSL South America Championship (2016) finally got the opportunity to hit the water and did not hold back as he won his first heat of the competition over Lucas Silveira (BRA), Hinata Aizawa (AUS) and Shun Murakami (JPN). "It's always good to win your first heat," Usuña noted. "I've been anxious to put the jersey on because this is a wave I really enjoy surfing. I feel like it's one of the best barrels in the world, but when it gets small with a high tide, it gets extremely dangerous. I'm happy that I got that first one out of the way and am stoked for the next few heats."

A solid west swell in the 6-8 foot range (2-2.5 meters) is heading straight for Arica and can potentially bring epic conditions for Finals Day on Sunday. Heat 1 of Round 4 will be an exciting battle with heavy-footed Weslley Dantas (BRA) facing up against Dean Bowen (AUS) and Hawaiians Imaikalani deVault (HAW) and Dusty Payne (HAW). 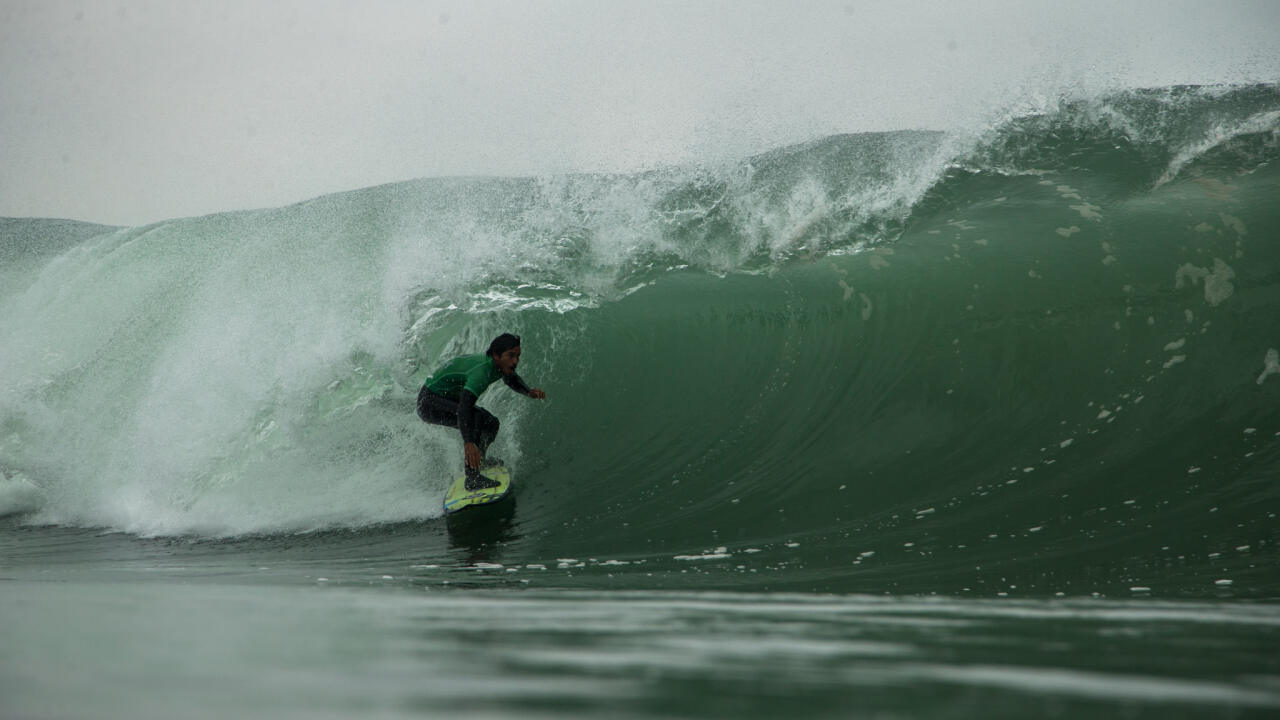