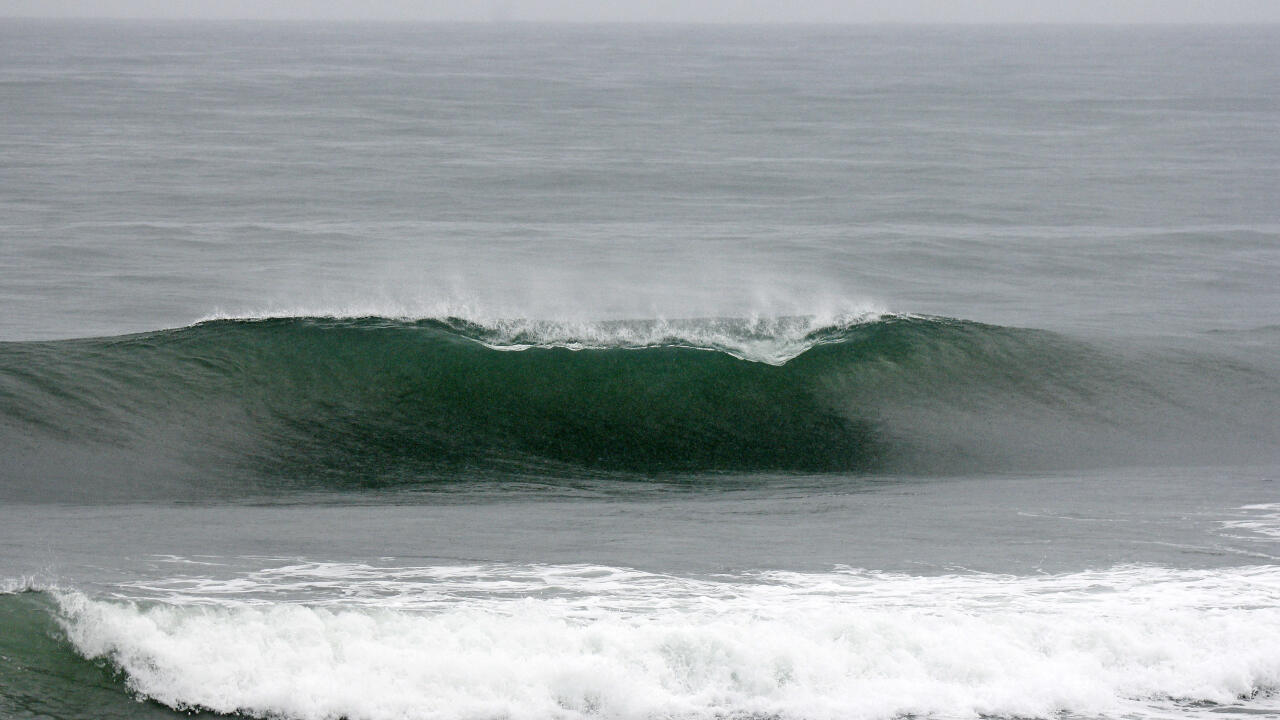 In arguably one of the best days of surfing in the events long and illustrious history, surfers used every inch of their nine foot plus boards in hopes of impressing judges and spectators alike.

Jack Medland, WA's Longboard State Champion for 2019, looked in sync with ocean in the opening heat of the day and kept his momentum rolling during his quarterfinal against Bryce Williams (AUS), posting a 13.57 two-wave combined total (from a possible 20) on his way to a semi-final appearance.

"I'm stoked the waves prevailed for us today and it looks like we've got a few good days coming up," said Medland. "I'm just happy for the guys who travelled to WA to actually get some waves out here." Medland will take on Riley Thomson when competition continues tomorrow. Thomson looked right at home at his maiden Whalebone Classic, styling through some graceful footwork and powerful rail turns.

"I'm freezing right now, I can't feel my hands or my feet," said Thomson. "The waves have been really fun out there and I'm just stoked to make the semis on my first trip to Western Australia."

Semifinal two will see Anthony Spencer take on William Crowe in what is also shaping up to one of the most anticipated heats of the event.

Spencer, a West Oz local used superior wave selection and critical top turns to post the highest combined total of the day, with a 13.88 (from a possible 20) which included a 7.25 and 6.63.

"I thrilled to get into the semis, it'll be my best result at the Whalebone and I'm hoping I can make it through to the final," said Spencer. "It's been so nice and glassy all day, my toes are a bit frosty, but it's great to be scores some consistent waves for the event." William Crowe first came to the Whalebone 4 years ago as an Under-18 Junior, but has grown in stature and ability, using his bigger frame to power hard off the bottom and throw spray on each manoeuvre.

"I've been here a few times, but I think this is about as good as it gets out there," said Crowe. "I'm just taking it one heat at a time, but my ultimate goal is to make my mark on the World Longboard Tour."

In the Women's division, reigning event champion and local favourite Georgia Young looked unstoppable on her way to another Whalebone Classic final. Young looked right at home in the conditions on offer, making the most of surfing one of Perth's most popular wave locations with just other surfers in the line up.

"It's the perfect size out there, not too big, not too small, the walls are clean and wide open, it's perfect longboarding conditions," said Young. "It was just one of those mornings when you wake up and the swells here, the winds offshore and you know it's going to be a good day." Fellow West Australian, Denver Young qualified for her maiden WSL LT final, after victory over Kristy Quirk. A shortboarder by trade, Young claimed an Australian Junior Longboard Title in 2015 and has kept a malibu in her quiver ever since.

While no relation to Georgia Young, it will be the first ever Young versus Young Women's Final.

"I grew up surfing here at Isolators and you never know what you're going to get at this time of the year," said Young. "I feel like Georgia has been the benchmark for so long and I've been chasing her tail for years, I saw her surfing out here when I was young and she's been an inspiration for me."

Great conditions are forecast again tomorrow with professional and amateur heats commencing from 7:30am.

"Today was definitely one of the best in Whalebone history," said Surfing WA Competition Director Justin Majeks. "Despite some wet and wild weather over the past 24 hours, the spirt of the whale shone through providing great waves for surfers from right across the country."