KUGENUMA BEACH, Shonan/Japan (Sunday, July 14, 2019) - The World Surf League (WSL) men's Qualifying Series (QS) Murasaki Shonan Open QS 1,500 supported by Nissan Caravan NV 350 got back underway with Round 3 and Round 4 Heats 1 - 4 action, but the day was cut short due to tough, two-foot conditions at Kugenuma Beach. Competitors still showed their prowess to compete at a high level as top-seeded surfers made their long-awaited debut. Local hero Riki Horikoshi came out firing in Round 3 Heat 3 with a combination of 7.00 (out of a possible 10) and 5.90. Horikoshi channeled his hometown knowledge for two big heat wins in both Round 3 and 4 as he now finds himself into the Quarterfinals with a chance to bring the Murasaki Shonan Open title home.

"This is the only time the international tournament is coming to my hometown, and I want to win for that reason," Horikoshi said. "I finished in 9th place last year, so I want to get redemption this year. Because I always surf here more than anyone else, I know the waves well. I'm confident I can do better in the next heat." The international contingent thrived in Round 3 with the likes of Slade Prestwich (ZAF), Sandon Whitaker (AUS), Cooper Davies (AUS), and Ryland Rubens (USA) all making it into Round 4. But, the challenging swell proved too much and all but Davies remain as he waits to surf his Round 4 heat. 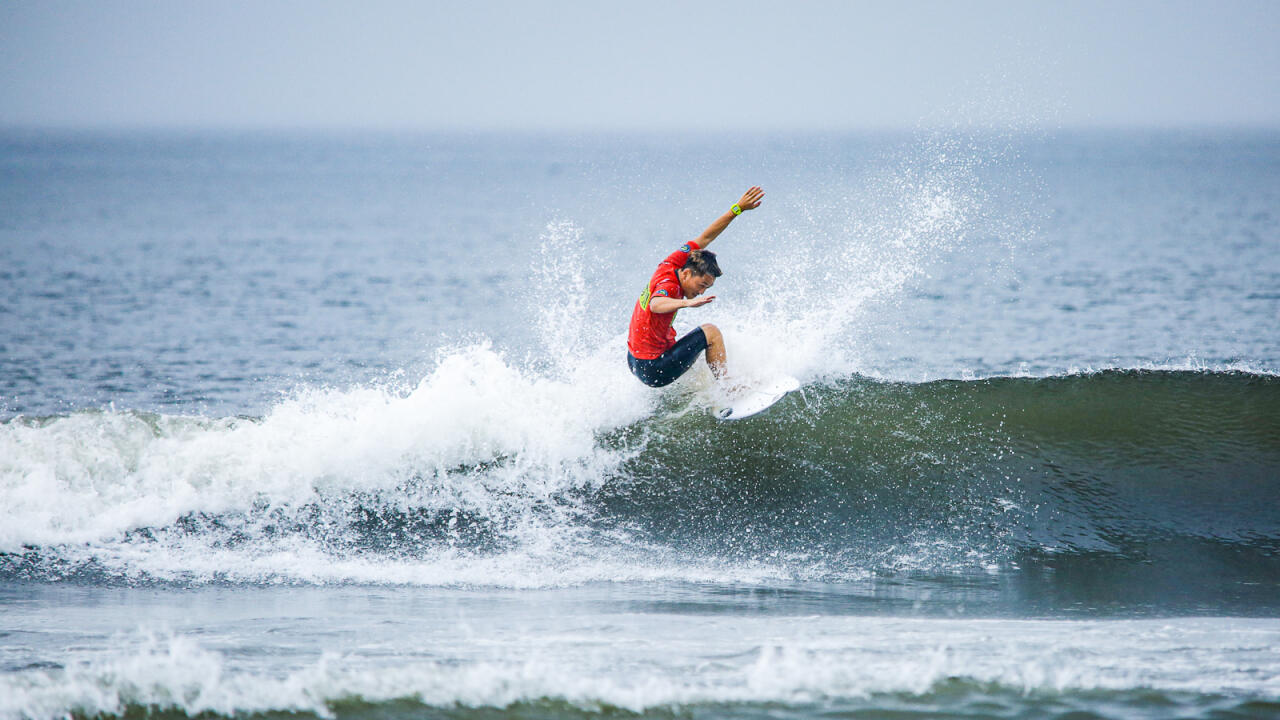 Shun Murakami (JPN) showed his patience despite the inconsistent conditions and came away with a total score of 9.85. Murakami has proven himself around the world at different QS events and currently sits at No. 155 on the QS rankings to give himself a chance at entering the QS 6,000s at the mid-year cutoff that follows the Vans US Open of Surfing later this month.

"I want to compete in the QS 10,000s next year so I need a lot of points to get there but I'm in a good spot right now on the QS," Murakami said.

The event organizers will reconvene at 5:30am JST to determine a possible 5:45am JST start.

The 19-year-old took down an impressive Final in tough conditions at Kugenuma Beach for 1,500 valuable points.