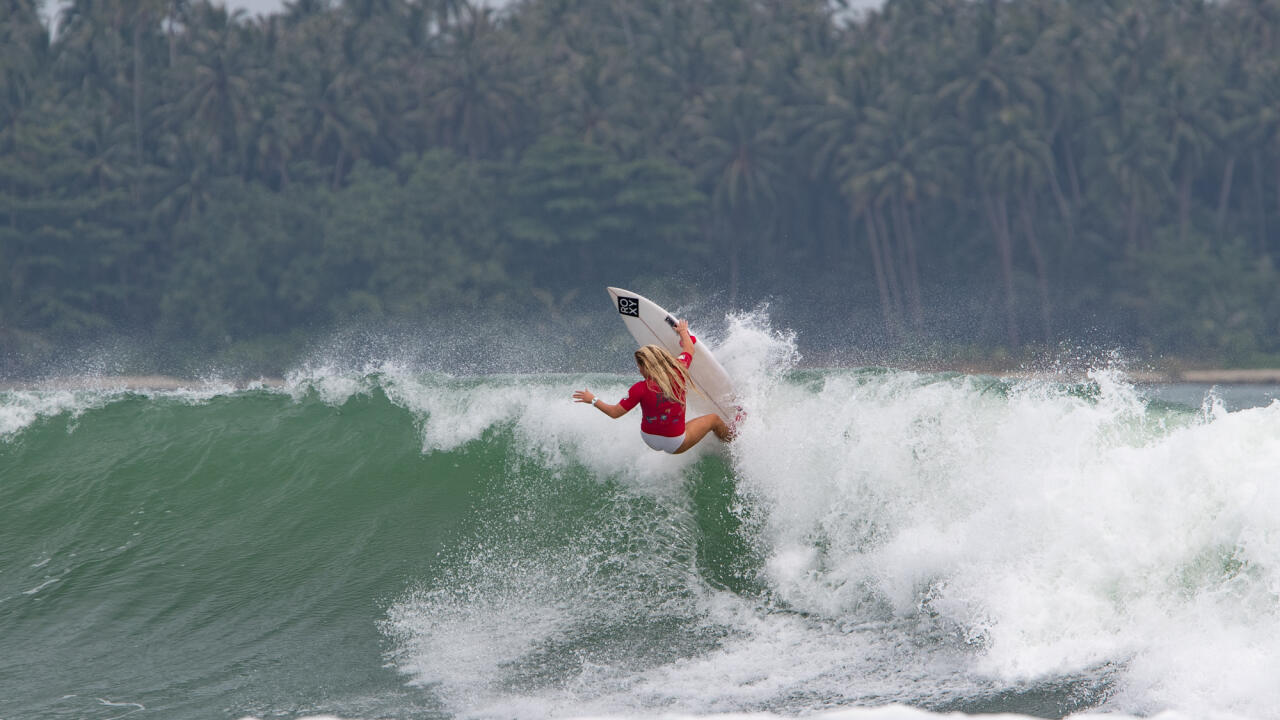 Harrison dominated the final with her typically powerful committed approach to defeat Alysse Cooper in the all-Australian final.

"It's been a fantastic event and it really is a special WSL trophy to claim because the wave is so world class and to win you really have to perform here" said 18 year-old emerging Piper Harrison. "Everyone's has been surfing so strong in these waves and pushing each other all the way and it's a super good feel event at such a remote and beautiful location." 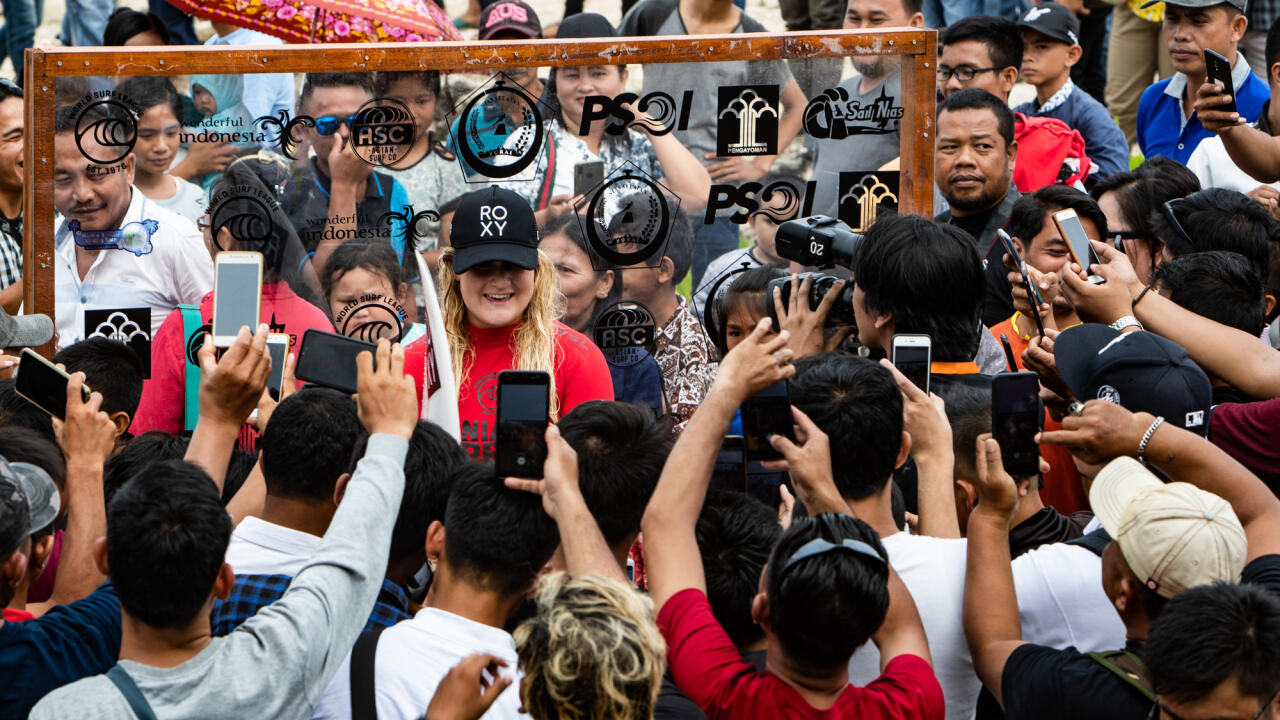 Harrison took control early with an excellent 8.83 ride where her power turns and commitment to the most critical sections were displayed. Alysse Cooper's second placed result continues her good form in the Indonesian events where she posted a win in a QS1000 on the island of Sumatra last year.

"I really enjoy coming over here to compete simply because I know we will get decent waves and a good opportunity to surf to our potential. The waves here have been so enjoyable and I hope there's more events like these throughout this region because what we really enjoy is performing in great waves" said the 19-year-old from Manly in Sydney. In SemiFinal 1 Harrison defeated Brazilian surfer Anne Dos Santos who had been impressive throughout this event while in SemiFinal 2 Cooper took the win over crowd favourite Janiati Hansel (Indonesia/Bali).

The QS3000 completed Round 4 and are down to the final 16 for Sunday's finals day. Standouts in Round 4 included South African pair Chad Du Toit and Jordee Maree, Australian's Callum Robson and Lucas Wrice, USA 's Skip McCullough and Shaun Burns, Indonesia's I Nyoman Artana who has all the local support and Japan's Kaito Ohashi in what is a very strong international final 16 with surfers from France and South America also remaining.

The remote island of Nias, situated off the south facing coast of North Sumatra, is one of the world's most famous and high quality point breaks and in front of thousands of excited locals along with Indonesian Government dignitaries.

Lagundri Bay turns on for opening rounds of men's QS 3,000.

Micah Margieson dominates the Nias Pro as his father Brendan did back in 1996 in pumping surf at Lagundri Bay.

Women's Round 1 completed in a growing swell as the forecast looks promising for epic surf in the coming days at Lagundri Bay.