The Ribeira Grande Pro Junior concluded today to wrap up the 2019 European junior season. Here's a breakdown of the event's finals and title implications.

Martinez who stepped into the spotlight on Day 1 with an electric performance in Round 2 continued to wreak havoc in the European field all the way to the Final where he met with rankings leader Vaast. After an exciting back-and-forth battle, the Costa Rican came out victorious for the first time on the junior tour.

"I'm super happy to take the win today, before that my best result was a fourth place," he said. "I came here to celebrate my best friend (Tiago Carrique)'s birthday and unfortunately I'm the one who ended his title run yesterday. I was here once before for the ISA event and I love it, it's super nice. Waves are fun, even when it's super small there's still push and enough to do airs and have fun." After displaying impressive talent above the lip in almost all his prior heats, Martinez this time won the battle fair and square on the rail, proving the full extent of his repertoire, including in the small surf.

Vaast with another runner-up finish, the third of his 2019 campaign on the Junior Qualifying Series, claimed a second European title.

"I needed to make the Final to get that second title and I did so job's done," he said. "I seem to like the runner-ups this year but it's not the most important, it was a good season and there's plenty left. We have the QS coming up, then a big ISA event in Huntington with Team Tahiti and the WSL world juniors in Taiwan at the end so it should be fun." Vaast and Martinez had previously defeated Kyllian Guerin and Justin Becret respectively in the semis.

The all-Canarian Final was a first at this level of competition and showcased two young competitors from Gran Canaria with a bright future ahead. The pair showed moments of brilliance on their way to their first-ever Final today, and even though conditions didn't deliver many opportunities, the goofy foot affair was an exciting preview for the future seasons of European junior surfing.

When the dust settled, it was Machado who came out on top to claim a first-ever junior event win in the Azores. "I'm just so so happy right now," she said. "I just woke up this morning wanting to try my best in every heat and that's what I did. That Final was like a free surf cause I was out there with my very good friend Julia and I really enjoyed it. I've trained a lot to get here and mostly on my own so I'm super happy it pays off."

Coming off an excellent equal 3rd place in the previous event, her victory today propelled her up to the second spot on the European junior rankings, so Machado will represent her country and region at the WSL Junior Championships in November in Taiwan.

"This is incredible I couldn't have imagined it coming to this event this week," she continued. "I can't wait for next year too and to try to win more events."

Julia Gonzalez claimed her best result to date as well with the runner-up spot in Ribeira Grande and confirmed all the hopes put on her young shoulders in only her second season surfing on the junior tour. "I'm super excited and happy with the second place," she said. "I'm very proud of my best friend Lucia, it's the first Final we shared and it was pretty special. In my second year on tour I feel like I've really improved and I'm excited to go again next year with a new goal of trying to win an event!"

Machado had previously eliminated this year's overall standout Mafalda Lopes in a last-ditch effort in their Semifinal bout. Lopes had however already amassed enough ranking points to secure the 2019 European Junior title.

"I'm super happy," she said. "This was my goal since the beginning so it's great to achieve that in my final year as a junior. I'm super motivated and so proud to represent my country Portugal, it's the best country ever!"

With a win in La Torche earlier this season, a runner-up at home in Caparica, a third today and an equal 5th, Lopes' 2019 junior season was an example of consistency as she proved time and time again she deserved top honors. The young Portuguese surfer caps off an exciting last season in the juniors with the prestigious regional title and will take on all this momentum and confidence to the World Junior Championships later this year as well as into the Qualifying Series in 2020. 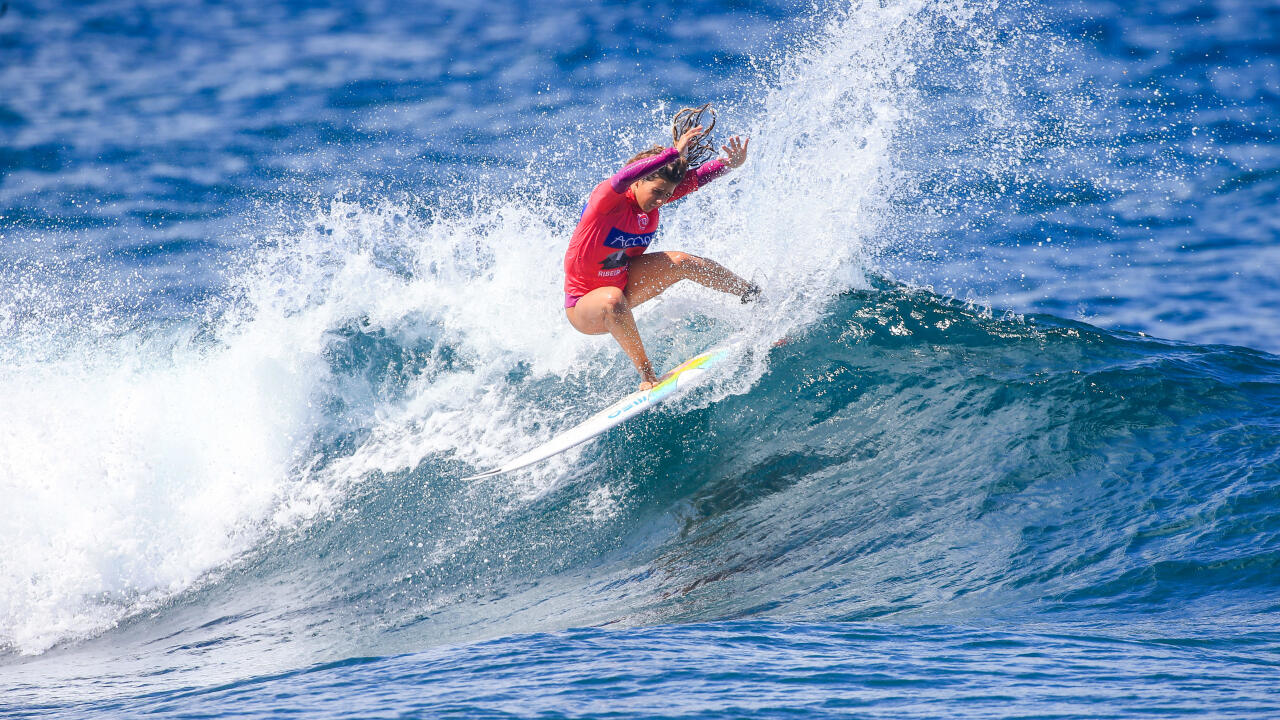 "I'm going to take a year off school next year and focus on surfing to give myself more time to train," she added. "I've really looked up to Teresa (Bonvalot) and now my goal is to try to do as well as her and even better if I can!"

With the completion of the Ribeira Grande Pro Junior, the European rankings are now final:

The five-surfer European team heading to Taiwan will now have two and a half months to prepare for the WSL Junior Championships, unfolding at Jinzun Harbor from November 26 - December 1, 2019.