The final eight surfers have been decided after an incredible day of groundbreaking performances at the 2019 So Sri Lanka Pro QS3,000. Competitors from all corners of the globe raised the bar but it was 2012 World Champion Joel Parkinson's little cousin Mitch that stole the show. Growing up cutting his teeth at Snapper Rocks with his cousin Joel (Parkinson) and other world-class surfer mates, Mitch Parkinson's surfing suits the waves at Arugam Bay extremely well. The Gold Coaster's performance on Day 4 of competition was the standout of the event so far. Mitch surfed through three rounds, posting excellent scores in every heat he surfed, including a 9.30 in one, and a perfect 10 in the next. Parkinson's first 10.00 point ride gave him the highest heat total of the event so far, an impressive 18.40 (out of a possible 20) and sees him progress into the Quarterfinals where he'll match up with fellow Aussie youngster Callum Robson.

"It's just like a devil wind day out at Snapper today so I feel right at home," Parkinson said. "That was actually my first 10.00 point ride in a WSL event so I'm so stoked. I've had plenty of 9.00's but never a 10.00 so it definitely gives me a bit of confidence moving forward. I needed some solid scores to get through that heat in the last six minutes, I got two excellent scores so It shows you should never give up. I'm exhausted now but hopefully, I've still got another three heats to win tomorrow." 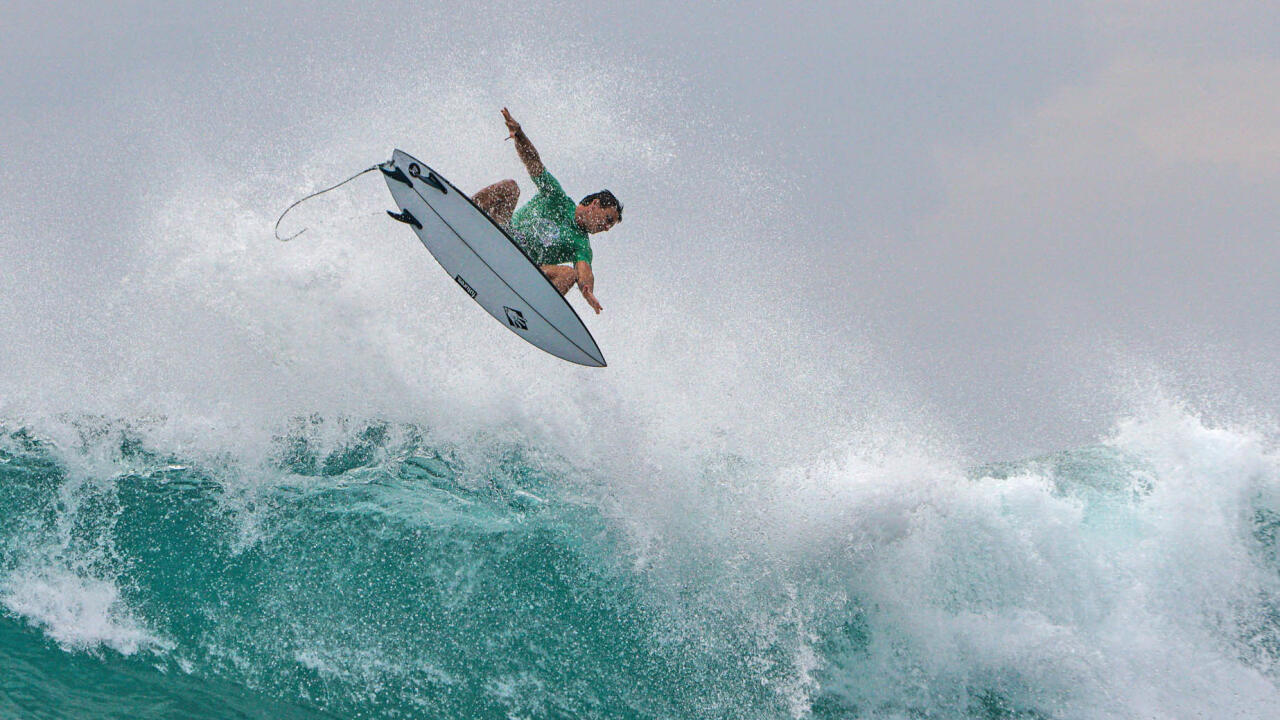 Just one of Mitch Parkinson's huge punts on his way to the Quarterfinals. - WSL / Tim Hain

Kiwi upstart Te Kehukehu Butler guaranteed his best ever result in a QS event, booking himself a spot in the Quarterfinals with another solid performance at Arugam Bay. The teenage natural footer posted a solid heat total of 15.37 for a strong show of front side power surfing.

"The waves are pumping out there and it's so much fun," Butler said. "We don't have many long right-hand point beaks like this back at home so I was just making the most out of it, getting lots of waves while no one is out. This is going to be my best result in a QS event so I'm over the moon. I just need to keep it going into Finals Day and see if I can go all the way." Brasilian QS warrior Victor Bernardo was in blistering form, carving tight turns, ditching his fins and throwing big aerials to move through the field with solid scores. The dynamic natural footer will be one to watch on Finals day as he looks to climb back up the rankings and into the QS10,000 events. French due Leo Paul Etienne, Paul Cesar Distinguin surfed their way into the Quarterfinals with great poise and precision in the long walls of A-Bay. Each will have their work cut out for them as Distinguin comes up against Indonesia's Oney Anwar and Etienne against the in-form Victor Bernado. Tune in tomorrow as we crown our event winner for 2019.