A decisive day of competition narrowed all of the World Surf League (WSL) White Buffalo HYUGA Pro, a men's QS 1,000, and the WJC Asia Championship men and women Pro Junior to finals day draws. Waves continued to pulse into the lineup and provide plenty of scoring opportunity as the women's QS 3,000 already locked in their Quarterfinal draws. Shun Murakami represented brilliantly for his home country of Japan and looks for his second victory at this contest after winning in 2016. Murakami's decimating backhand laid waste to the lineup and accrued the day's best single-wave score of an 8.50 (out of a possible 10) and heat total - an immaculate 14.67 (out of a possible 20). The Japanese native now looks for a second Hyuga title and has plenty of momentum heading into finals day. Rio Waida on the way to the Quarterfinals of the White Buffalo HYUGA Pro QS 1,000. - WSL / Kenta Kawana

Indonesia's Rio Waida keeps his 2019 season in fine form after already earning a wildcard into the Corona Bali Protected and now a finals day appearance in Hyuga. Waida's prowess of the lineup and sharp forehand surfing led the way to a big Quarterfinal berth but knows the job is not done.

"Waves were still so fun, I love to surf Japan," Waida said. "Hyuga is such a great place to stay and surf. I just want to do my best to win this event." 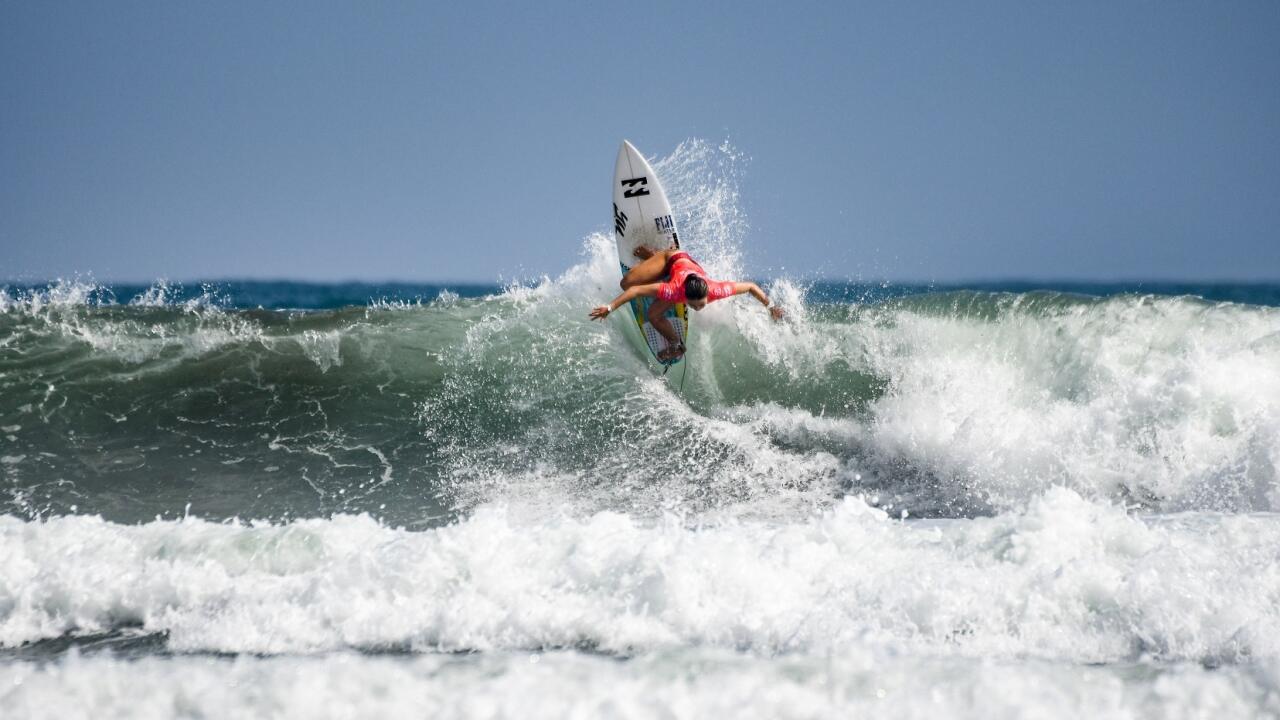 Action shifted to the men and women's WJC Asia Championship to determine who will visit the WSL World Junior Championships later this year and Shino Matsuda made her presence known. Matsuda took down both her Quarterfinal and Semifinal battles to breeze into the Final. Whoever finishes winner and runner-up at this event will earn the two spots to Taiwan to represent the Asia region.

"That was fun to surf every waves I got," Matsuda said. "It feels so good to get each wave score I got. I'm looking forward to win this Juniore title to surf WJC in Taiwan." Sara Wakita earned the day's best performance in the Quarterfinals and found her way in to the Final as well. - WSL / Kawana

Right behind Matsuda in the Semifinals, Sara Wakita found an excellent 8.50 in the Quarterfinals before earning runner-up behind Matsuda in the following heat. Wakita has proven herself among the QS contingent, becoming a qualification threat this season, and brings that talent into the Pro Juniors.

"It is very important to win this junior title for my carer for surf 2019 WJC," Wakita said. "It still good wave here in Hyuga so much fun for surf each heat. I'm focused on both the QS and Junior to get my best results for tomorrow."

The White Buffalo HYUGA Pro is an international WSL competition that features a Women's Qualifying Series (QS) 3,000 and an inaugural Men's QS 1,000, held between October 16 - 20. This marks the final event of the 2019 season for Japan until it becomes the focal point for international multi-sports during the Olympic Games Tokyo from July 24 - August 9, 2020. Tune into WorldSurfLeague.com to watch LIVE action, or download the free WSL App for in-the-pocket updates.