It's been four years since the Qualifying Series (QS) last visited Wanning, Hainan Island, China. Since then the venue of Riyue Bay served as the crowning jewel of the WSL Longboard Tour to determine World Champions. Now, the lefthand dreamer returns as a marquee event with the Corona Open China hosted by Wanning QS 5,000 to kickstart the men and women's 2020 QS season into high gear.

One of the women on hand knows the break all too well and remains the defending champ after her victory in 2015. It helped catapult her to the forefront of being a Championship Tour (CT) qualifying threat Mahina Maeda that year and returned to that status the last two seasons - finishing No. 14 in 2019. The WSL caught up with the 21-year-old ahead of the Corona China Open to talk about her success, trials and 2020. 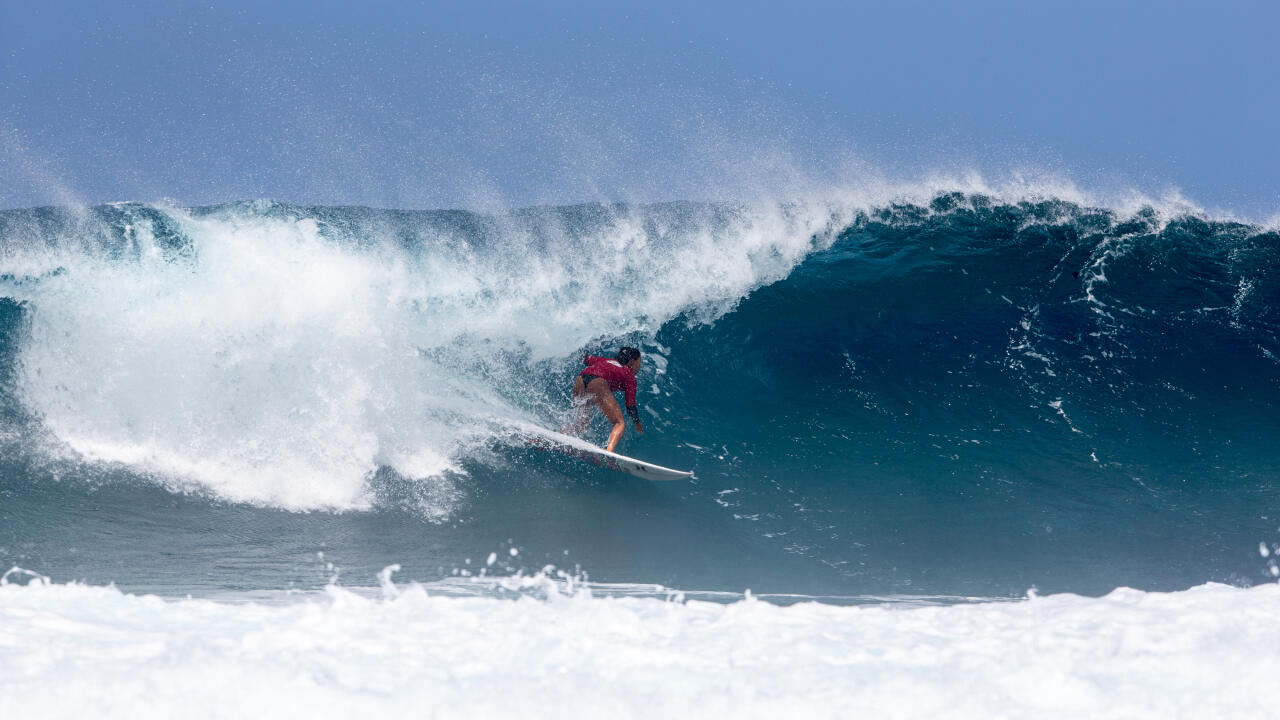 Maeda has proven herself in lefts - particularly one of the world's most heaviest of Pipeline. - WSL / tony heff

WSL: What does it mean to have this opportunity to start your 2020 season with a chance at 5,000 points at a venue you've won in the past?

Maeda: I think a chance to win 5000 points would be awesome. Last year and the previous years before. I wasn't able to accumulate the right amount of points to qualify and always came up just a hair short. A win here or even a final here would definitely would boost my confidence for the upcoming 10000s and would look good for my 2020 campaign. What's something special you recall about Riyue Bay, the wave and surrounding community, that has you excited to return?

I think Riyue Bay is a very special place. It's very tropical like my home in Hawaii. The year we had the 6,000 there, the waves were pumping. We got very lucky with the typhoon swell and not many people know how good the waves can get. The wave is similar to my home break and we don't have that many lefts on the QS. I'm just super excited to finally compete in a contest where we can really showcase all the goofy footers style and talent.

You've stayed on track as a qualification threat the last two years, how have you prepared for another big year ahead?

I think this last year was the hardest year I've ever had so far. My first year I almost qualified was when I won this event back in 2015 I think. And that just says how you can win a major event but still not qualify. These last 2 years, I didn't have the major event win but I was able to stay consistent and almost qualify.

Maeda's Second Shot at the World's Best
9:39
Take a look back to Maeda's second CT wildcard where she competed at the Fiji Pro.

This 2020 year, I just really want to make a clear mark, and do the same thing but if not better. I've been juggling around with boards and shapers. I decided to ride multiple shapers for my 2020 season, and also decided to work very closely with some new people, which I am not going to mention yet. I am just really tired of coming close, and I really want to qualify. But I don't want to qualify by waiting for someone to double qualify above me or having someone injured or pull out. I want to be guaranteed and clear.