A proud history of East Coast competition gets an eighth installment with the North America Pro Juniors kicking off their season in Cocoa Beach for the Ron Jon Quiksilver Junior and Roxy Junior Pro alongside a fourth-consecutive Ron Jon Quiksilver QS 1,500 event beginning March 12 - 15 to coincide with the long-standing Beach N' Boards Fest.

A staple event on the East Coast, it continues to give a platform for the next generation of juniors to shine with a heavy-hitting list of former event victors over the past seven years as another stacked field of competitors prepare for the weekend's competition. Chauncey Robinson looks to jumpstart his 2020 season right at home in conditions he's more than equipped for. - WSL / Ethan Smith

One of Florida's top upcoming competitors Chauncey Robinson returns to Cocoa Beach for the opportunity of claiming a maiden, home soil victory. Robinson's No. 116 finish in 2018 marked a career-best for the Melbourne Beach competitor as he looks to regain that momentum by rebuilding that rank this season. But a heavily stacked field await including the likes of regional threats Josh Burke, Alan Cleland, former Ron Jon Quiksilver Junior Pro winner Kei Kobayashi and Jackson Butler alongside international contenders Roi Kanazawa, Noe and Thomas Ledee among many more.

"Last year was far from a dream year, this year I'm looking forward to bringing more experience in to the events I'm doing along with an entirely new ambition to do well," said Robinson. "It's so nice to have an event in Florida. Traveling internationally for events can be quite exhausting, so I'm thankful for the opportunity to surf an event just up the road. To get a win in Florida would be so special." Ava McGowan already has one WSL win under her belt and now looks to start 2020 with another close to home. - WSL / John Ferguson

Reigning North America Regional Pro Junior Champion Caitlin Simmers is back to defend her event title after taking her first-ever WSL victory last season in Cocoa Beach but will have to face Floridian threats such as Ava McGowan. McGowan, 14, finished the season with her first-ever WSL win at the Live Like Zander Junior Pro in Memory of Zander Venezia and now looks to bring that momentum into a new season.

"I am very excited to start the new season coming off of the biggest win of my life to date (last November)," said McGowan. "Barbados has given me new found confidence in my surfing. I am stoked to surf the waves in Cocoa beach and love that the event is close to home. My goals for the year are to surf as much as possible and continue to progress and truly enjoy the experience. I want to really focus on qualifying for the World Juniors this year. I was close last year and really want to achieve that goal." 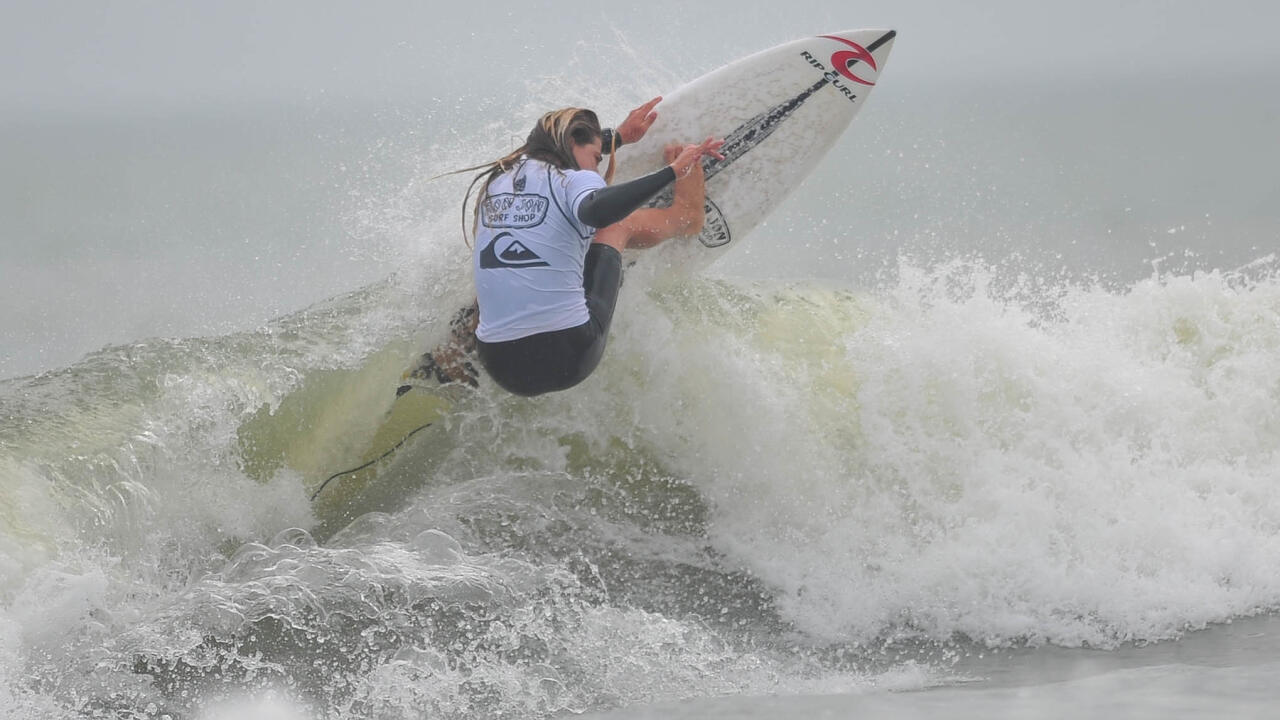 With the absence of fellow Regional Pro Junior Champion Kade Matson the door is open for a new Ron Jon Quiksilver Pro Junior victor in 2020. Leading the local charge into the North America Pro Junior season, Cocoa Beach's own William Hedleston looks to better his Semifinal result from last season and put in a full go toward the Pro Juniors this year. The 15-year-old has undergone extensive back therapy after an aerial attempt at home went array and compressing a lower disk. But now Hedleston looks to come back even stronger and start 2020 on the right track.

"it's such a great opportunity to bring a big event like this to where I was born and raised,"  said Hedleston. "I was super excited last year to make it to the Semifinals and surf against some of the top guys from around the world. I was out of the water for three months with a lot of rehab and great work from Dr. Christa Robben at Beach Chiropractic with laser therapy electric stimulation, micro-electric current ultrasound and chiropractic adjustments. I'm dealing with a knee injury now but manged to finish second at USA Prime contest and just pushing through these injuries."

Event organizers will convene at 7:30am EDT to determine a possible 8:00am EDT start.