Competition surfing is back, well in Portugal at least. On the weekend CT star Frederico Morais and Teresa Bonvalot took out the Allianz Figueira Pro, the first event held since competitive surfing was postponed around the world back in mid-March. With the CT and QS tours on hold, Morais had been given clearance by the WSL to surf in the Liga MEO Surf, a Portugal series that decides the National Champions.

"It's great to be back and competing," Morais told the WSL. "It was perfect to give me rhythm and to help gain another level of intensity to my surfing. I've missed competition so much." 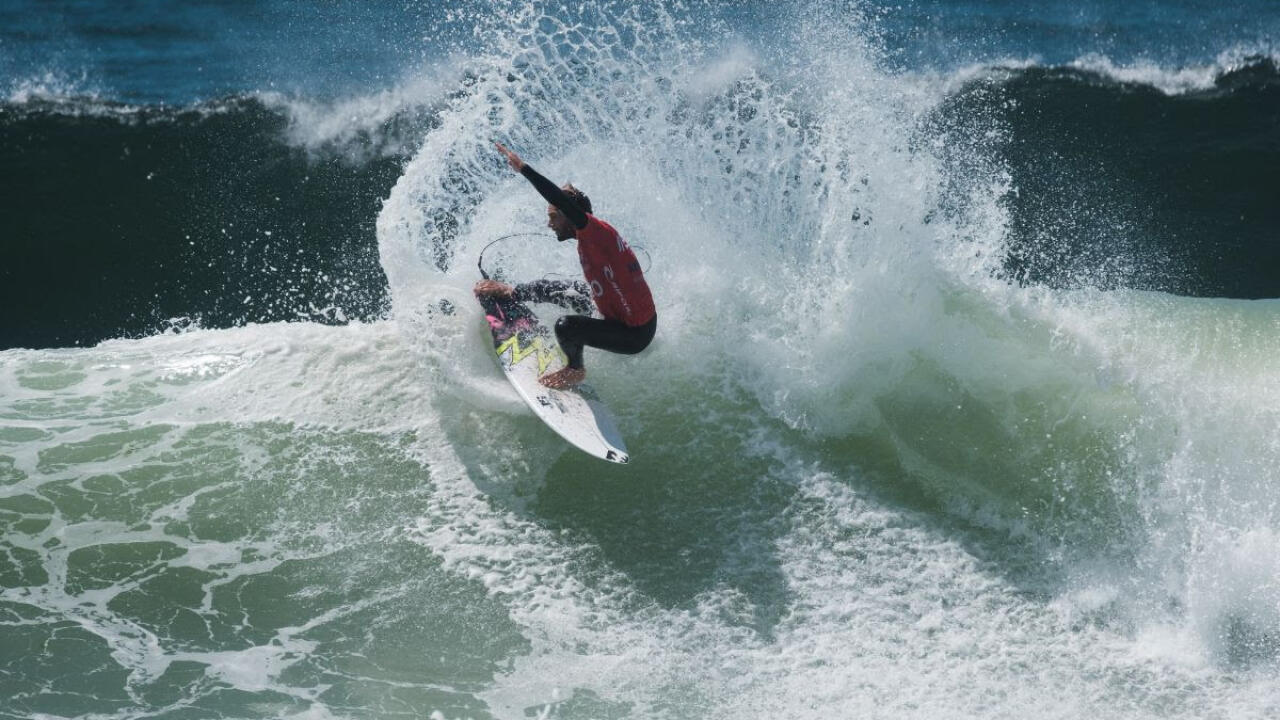 Morais was due to make his return to the CT ranks earlier this year, until the Covid-19 pandemic hit. The 28 year old claimed three QS victories last year on the way to finishing as No. 1. That's a fter falling off the CT in 2019 following two years on the elite tour. He was determined to make amends for his absence.

After a strong pre-season in Portugal, as shown in his "My Place" edit, and training in Australia the powerhouse was fit and focused for his return on the Gold Coast. When the CT was postponed "Kikas" instead returned to Portugal and had two-months out of the water due to local lockdown rules.

Morais returned to freesurfing last month when the restrictions were eased. On the weekend he quickly returned to his winning ways in the Portuguese surfing series held at Figueira da Foz. The event was held without any spectators on the beach and broadcast live on Sport TV. With the empty beaches and both winners wearing masks on the podium the event could provide a glimpse of what professional surfing events may look like in the early aftermath of the pandemic.

"It's an important victory for me, because this is the series where I took my first steps," Morais said. "I see it as a window of opportunity for all those young Portuguese surfers who want to be professional surfers. And with all that's gone on recently it is great to be back in the singlet."