It was about a decade ago when Kekoa Cazimero came home to Hawaii after what you could easily call a "lucrative" surf trip and thought, in his own words, "this is it!" He'd grown up surfing competitively and with plenty of success doing so, backed by sponsors like Hurley and Oakley long before other accomplishments like becoming an NSSA Open Men's National Champion or valedictorian of his high school. But this boat trip was undeniably successful. It produced a magazine cover shot, a two-page spread, and a load of incentives in his sponsorship contracts. Still not far removed from high school, the five-figure checks that came with it all had Cazimero seeing that there was no turning back as a professional surfer.

Like a lot of young and talented athletes, he'd grown up dreaming this would all set a path to his spot on the World Tour. But he never put all his eggs in that basket, at one point telling his sponsors he wanted to get his college degree while maintaining his commitments as a professional athlete. They accommodated, although there are still people around Hawaii today who nudge him about those Dream Tour aspirations. I wanna consider myself a new breed and I want to encourage athletes to think like this as well.~ Kekoa Cazimero - @rebeccapricebaechle

"Last week I was at Sandy Beach and this guy pulled up next to me and said ‘C'mon bro, you gotta get on tour. You belong on tour,'" he says, retelling stories of locals who don't let him forget about things like his five state championships as an up-and-coming amateur. Then he explains his response:

The blueprint for finding that happiness is one of those stories that reminds you life works out the way it's supposed to but rarely the way you plan it. Because while Cazimero was growing up dreaming of the World Tour, his talents as an athlete were also his first professional foot in the door for another love: fashion.

"I used to watch the guys in the development office at Hurley," he remembers. "I think a lot of athletes don't really pay attention, but I used to really watch. I used to look behind people's desks and look at printouts and tech packs. I'd look at what they were really developing and see it come to life."

For a kid who used to lay out his outfits every night before the next school day and is still a self-admitted sneaker fiend, fashion was a perfect match. But more importantly, it sparked the motivation to not just rely on accomplishments as a professional surfer, rather use the opportunities surfing afforded to build something for himself. So in 2017, nearly a decade after his first days on the QS, balancing competition with other interests and ambitions, he started to build and launch his own clothing brand, Ambassadors With Aloha. Picking the man's brain today, you have to remind yourself you're talking to somebody who technically still gets paid to surf, who still puts on a jersey and competes at places like Pipe and Sunset Beach. But he's grown into a unique hybrid: athlete/entrepreneur, and he's noticeably excited about all the time and energy he gives to his business. He walks me through his daily schedule over the phone while he's in California, waking up before the sun to head to the screen printing facility he's partnered with in Costa Mesa, sorting through designs and color palettes, preparing AVVA's next line, and then leaving with enough time every day to get a surf in before the sun goes down. He talks about creative inspiration he draws from designers like John Elliot, Fear of God's Jerry Lorenzo - labels you wouldn't naturally associate with surfing but have somehow influenced his brand as an homage to Hawaiian culture and style.

"I want to consider myself a new breed and I want to encourage athletes to think like this as well," he says. "Surfers sort of pigeon hole themselves - a QS guy trying to qualify for the CT - but we offer so much more. My experiences competing and winning titles, all that was really to set me up for what I'm doing now."

Of course, hindsight's 20-20. Back when he landed his first big magazine cover and thought, "this is it," he had yet to compare the process to his daily work life now.

"You think at that point ‘It's only up from here.' But you quickly realize that's not the case," he explains. "I wanted to surf Chopes with priority. I wanted to be on tour to surf Snapper at four foot, surfing it with no other guys out. But it was the process of surfing half-foot Virginia Beach in order to qualify to surf 10-foot Chopes that I didn't love."

So he loved the successes, but he didn't love what it was going to take to get to the destination. And from that came the doubts and questions that hung over his head when surfing was his only job; always wondering if he was "doing enough, accomplishing enough" to justify his contract.

"It's a very uncertain path and wavering market," as he puts it. But that's all gone now. Ask him if he enjoys the process as a business owner and the answer is an immediate, emphatic yes. This, he loves. And he enjoys surfing more because of it too. 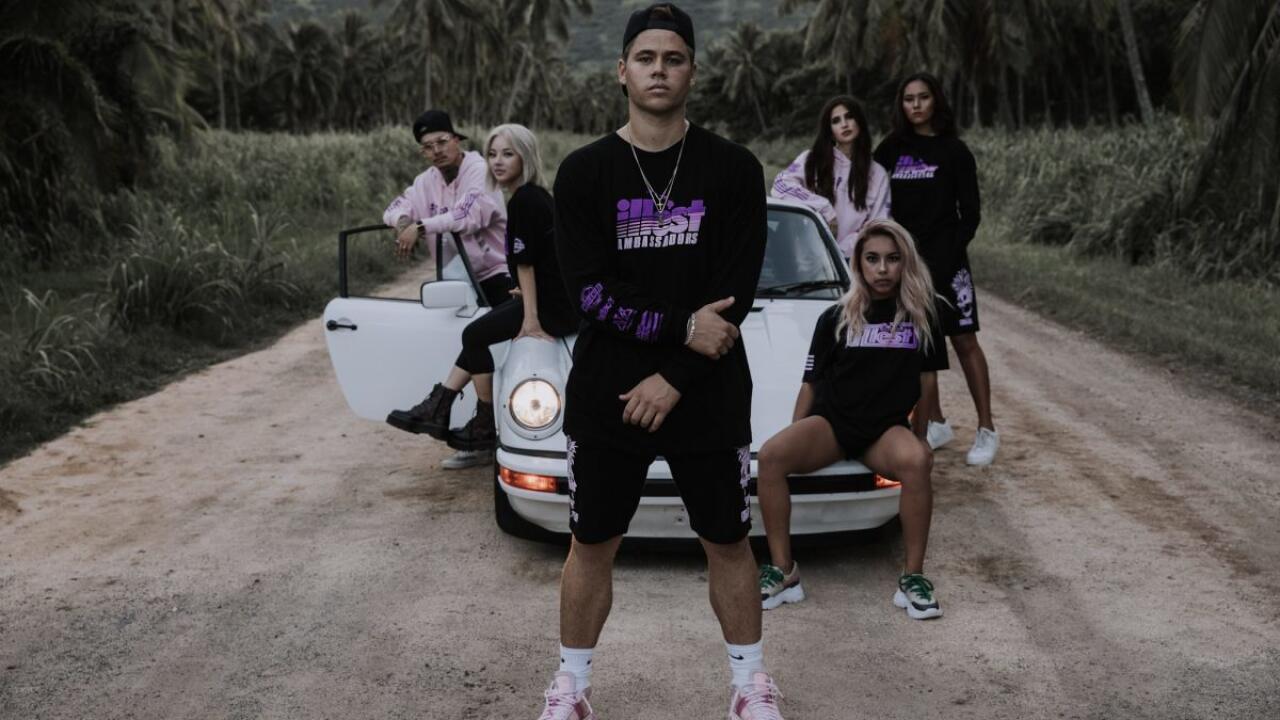 I'm sending Bob Hurley a box of clothes. I get to send a box to the guy that sent me boxes my whole life and supported me. It's come full circle. - Kekoa Cazimero. - @rebeccapricebaechle

It's ironic Kekoa Cazimero used to come to warehouses for big brands like Hurley as an athlete. He was really getting his training as an entrepreneur. This, more or less, seems to be the message he wants to pass on to other athletes now:

"I wanna help them understand we have so much more to offer. We surfed our whole lives thinking we want to be on tour, and for some of us that's not what happens." But this, he explains, "was everything to me that I dreamed about as a kid. When I was with Hurley, shooting in their wetsuits and gear, I'd sit and think ‘I would change this sleeve, or this color, or this panel.' I was doing it all in my head, so this is something I've actually been doing my whole life."

He gives nods to Jamie O'Brien and the modern wave of surfers who build careers as content creators. They're entrepreneurs too, of course, Cazimero's just branched out into a different kind of creation. And how far his and other careers and stories have come in just the past decade - when magazine cover-producing boat trips were a professional surfer's jackpot - is a testament to the growth of surfing as a sport and an industry.

"I'm sending Bob Hurley a box of clothes," he says. "I get to send a box to the guy that sent me boxes my whole life and supported me. It's come full circle."

Being a "professional" doesn't mean CT or bust anymore. And that's certainly a good thing.