The wave bends over him in the video above as the sun shines through the water, lighting up the barrel like the stained glass of a cathedral, a comfortable, almost-smiling look on his face. Encinitas lifeguard Blake Dresner was home. It's easy to see that the Californian loved surfing as much as anything, and had vagabonded around the world chasing that passion.

That's why the news that he'd passed in the water came as such a shock to family and friends this week. Dresner, who was more than capable in sizeable surf, was killed by what friends are calling a "traumatic surfing injury" in Salina Cruz, Mexico last weekend. A few hours east of notoriously-heavy Puerto Escondido, the area's beach breaks are known to pack a significant punch, too. According to an email sent from WildCoast's Yehuda Ben-Hamo, a conservation group based in California and Mexico, Blake was surfing the local beachies, which were pumping at some 6-8 feet.

"On Aug. 15th around 4:45 pm - at the renowned Salina Cruz beach break, known as Playa Abierta, Blake Dresner and friends witnessed empty 6-8ft spitting tubes unloading onto shallow shore break (a recipe that Blake dreamed of)," reads Yehuda's email. "The wave was fierce, but nothing that phased Blake, as he was fearless (an absolute hellman) who would charge anything from shallow reefs in Java to giant Todos Santos." Friends and loved ones honor the life of Blake Dresner at Moonlight Beach on August 24th. - WSL / Brady Lawrence

Yehuda says Blake immediately paddled out after arriving. "We saw Blake paddle for his first wave - not a crazy one, just a medium runner that looked like it was setting up perfectly," reads the email. "We hooted him in from the beach as we watched him pull into a mental right; that's when things went wrong…."

The young lifeguard apparently became entangled with his board. "Blake passed away after sustaining a fatal injury (to his neck area) from his surfboard," Yehuda wrote. "He was fortunate to be surrounded by his friends (Matthew Craig, Yehuda Ben-Hamo, Robbie Sanford, Max Beach, Josh Sanford, and Josh Sirota) who did everything they could to save him."

As people flooded his Instagram account with condolences, the Encinitas Lifesaving Association released a statement Tuesday: "It is with great sadness the Encinitas Lifesaving Association says goodbye to our friend and fellow lifeguard Blake Dresner. Blake was a talented waterman and skilled lifeguard whose kindness and positive energy elevated the ELA and improved our community. We keep in our hearts Blake was doing what he loved…" 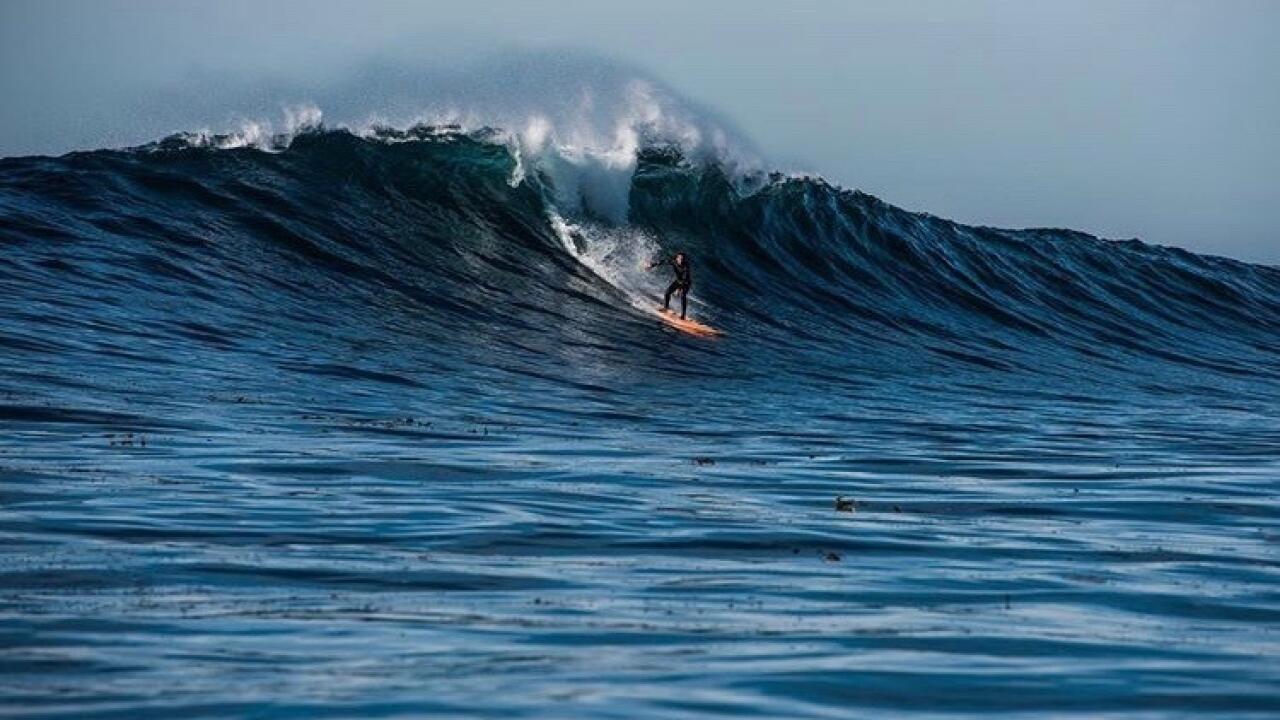 The family announced a paddle out for Monday, August 24 at Moonlight Beach in Encinitas, where he was often stationed. "Blake was an overall waterman known as a local legend in the Encinitas community," reads the email. "He ran the lineup at his local watering whole known as D street, and could drink more beer than a whole fraternity house combined."

The revered lifeguard sounded like someone most of us could find a commonality with, as one of his favorite quotes epitomizes: "There is no such thing as a bad beer."