The Junior Pro Espinho wrapped up today with the victories of Kauli Vaast and Janire Gonzalez Etxabarri, claiming the prestigious European Junior title for the 2020 season.

Surfers took on the perfect rights of praia da Baia for the fourth consecutive day with three-to-five foot surf on offer and a clean lineup under the bright sunny skies of Espinho. With the competition format condensed using only four-surfer heats, the remaining ten heats were held in the best conditions of the day. 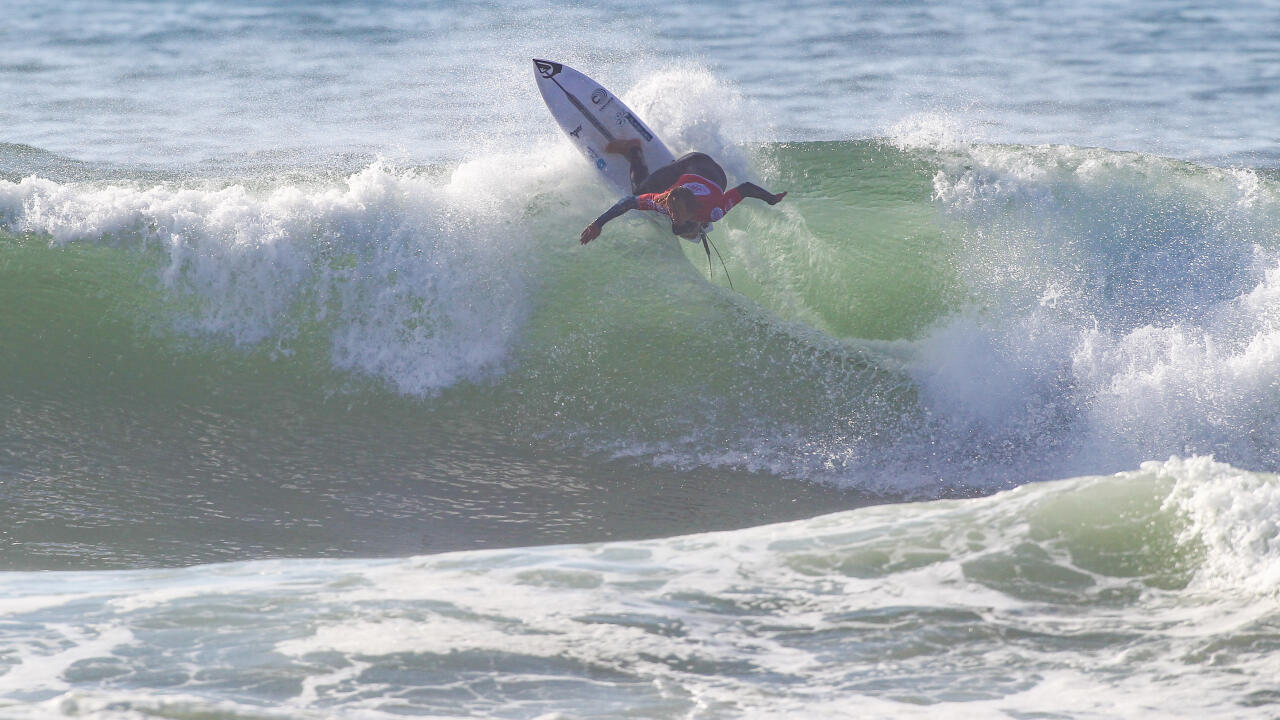 The name Kauli Vaast gained traction on the global stage last year when the young Tahitian got a wildcard into the Tahiti Pro Teahupo'o, but competitors in Europe have known the goofy footer's potential for a few years now. Vaast claimed the European Junior title in 2017 and 2019 and straight up dominated this year's lone event to claim his third regional crown.

Vaast blew up in the Quarterfinals this morning when he managed to find and surf two incredible waves for two 10-point rides and a perfect 20.00 heat total. In his final season on the Junior tour, the powerful surfer will now look to graduate to the Qualifying Series and deliver his world-class caliber surfing against a tougher crowd.

"I've never won this event so I'm happy to be able to do it today," he said. "I didn't even know the title would be given out here because it's the only event but I'm stoked to get it for a third time and especially in my last year as a junior. This spot can be really difficult to surf but this week the waves were just perfect and last year we had some epic waves too." The young goofy foot from the Basque Country posted the highest heat total of every single round of competition this week and never left a doubt about her intentions to go all the way in Espinho. Her victory today at the Junior Pro Espinho marks her first time winning on the WSL tours.

Janire Gonzalez Etxabarri showed incredible skills on her backhand, attacking the sections with perfect timing and gracious style to post huge scores all week. And with a few more seasons among the juniors remaining for her, this could be the start of a dominant run on the Old continent for the Basque Country.

"I've never competed in such good waves so that was super fun," she said. "Winning the European title has always been a goal but I didn't think it would come so quick, I have a few years left in the juniors so I'll try to win as much as I can. I train with Nadia Erostarbe often (2018 European Junior champion) and she's definitely inspired me, so I'm happy to be able to copy her a little bit." The Portuguese fans had placed high hopes on the likes of Afonso Antunes, Guilherme Ribeiro, Francisca Veselko and Carolina Santos but unfortunately the hometown heroes could not overcome Vaast and Gonzalez Etxabarri's charges on Finals Day.

Antunes looked destined to go big in Espinho with big scores from Day 1, but unfortunately a knee injury sustained in the free surf this morning slowed him down slightly and prevented him from fighting to his full ability.

"There weren't many waves left in the Final and Kauli got the best ones," Antunes said. "He was ripping all contest and definitely deserves the win. I'm happy with the second place and I'll be back next year to try and win it. I hurt myself this morning after landing a floater and it didn't help, I'm going to rest and get better now because I have the final of the Portugal nationals next week against Vasco (Ribeiro) and Frederico (Morais) so I need to be at 100%."

With the Junior division now over, the focus will shift to the Longboard Pro Espinho, starting tomorrow with an 11am BST / 6am ET / 3am PT Call at Praia da Baia.

Re-live the epic victories of Kauli Vaast and Janire Gonzalez Etxabarri at the 2020 Junior Pro Espinho.

The uprising star of European surfing blows minds on final day of junior comp in Portugal.

A tricky full day of competition sets up Finals for Friday in Espinho.