Mark Mathews' new documentary "The Other Side of Fear" shares not only the story of his big-wave surfing career, but the experiences that have taught him how to access the courage and resilience that it takes to face fear, overcome anxiety and embrace stress. Yet it almost never happened at all.

"When I was lying in my hospital bed with a big steel frame bolted into my leg, tossing and turning in burning pain and having just been told by doctors that my surfing career over," Mark Mathews told the WSL, "the absolute last thing I wanted to do was film and document what I was going through."

That was back in 2015 when a wipeout on a shallow South NSW coast ledge saw him dislocate and rupture all the major ligaments in his knee, as well as damage the leg's major artery and nerve.

He required a helicopter medivac ride to Canberra Hospital and immediate surgery. The doctor would tell him later he came within a few hours of amputation.

At the stage Mathews already had the nickname "Chalky" due to his propensity to injury. In a 15-year big-wave career he's ripped, torn, broken, dislocated, pulled, ruptured and sprained almost every bone and muscle in his body. However this injury had topped them all. No wonder then he wasn't keen on documenting the results. 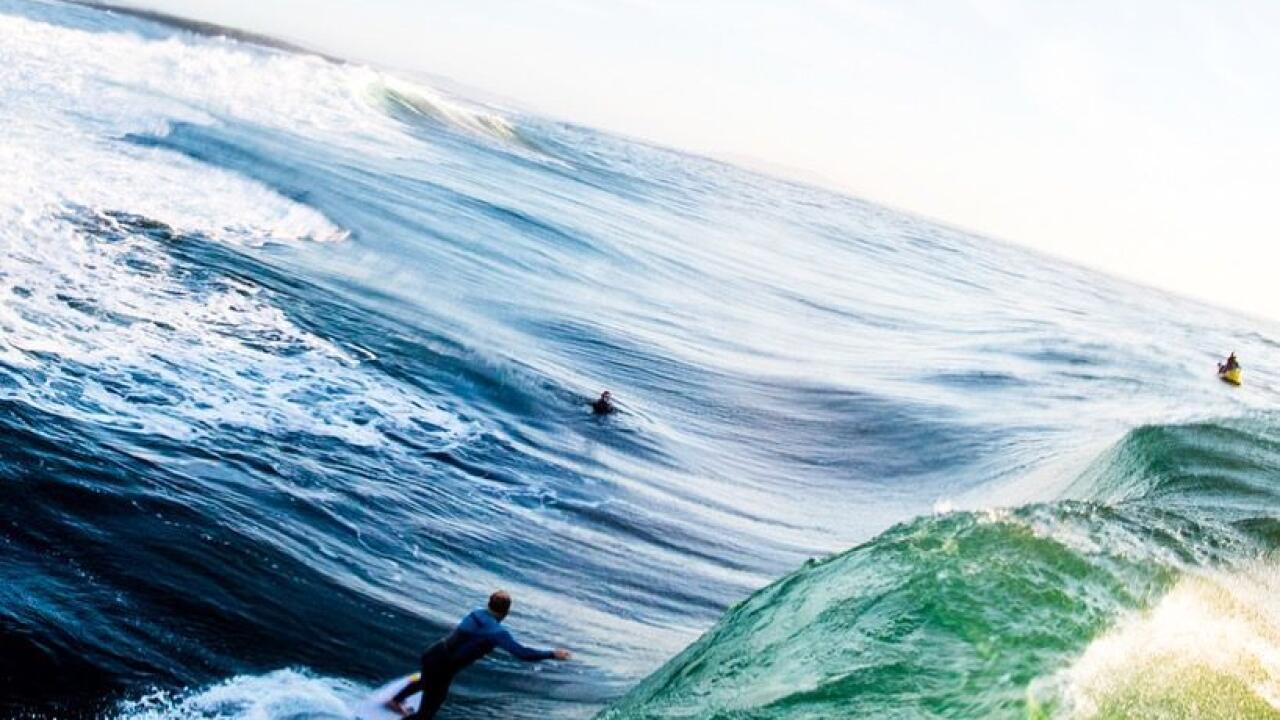 Mark Mathews just prior the wipeout that changed his life. - WSL / Mark Mathews

However, his good friend, and director Macario De Souza, sensed that Mark was one of the few people who had the mental strength to overcome the injury and that the story would be an inspirational one.

"If a director as brilliant as him wants to make a doco on you, it's hard to say no," said Mathews. "He came up with a great plan and assured me that no matter what, I could cancel the project at any time."

Mark not only overcame the injuries, but also the depression, fear and anxiety that came with it. He has since come back to ride his favorite big waves such as Shipsterns and Jaws, marry his partner and become a father. "After watching the final edit I'm really glad we did it," says Mathews.

"One thing it really highlighted for me is how lucky I am to have such an amazing partner by my side to take on life with. I owe so much to my beautiful wife Britt," he continues. "I hope the film shows we all have big waves to deal with in our lives but, with the right tools, any one of us can access a life beyond fear."

Elite nominees for Billabong Ride of the Year, Paddle, TAG Heuer Biggest Wave and Pure Scot Barrel of the Year from hundreds of submissions.

Mark Mathews hurls himself over the ledge and makes to the bottom in a legendary drop before the Pe'ahi Challenge.