With a Final at Pipe, a convincing Vans Triple Crown win, and a biopic film in the can, has World Champion Carissa Moore ever been in a better place than right now?

When watching how 'Carissa Moore Won Her Fourth World Title At The 2019 lululemon Maui Pro', it's possible to conclude that with that performance the surfer from Hawaii may have reached her peak.

As a cherry on top, she'd also claimed the Olympic qualification spot for the Tokyo Games (which will now take place in the summer of 2021). In a year when women were granted equal pay, she had won two Championship Tour events and reached the Quarterfinals in every stop. It seemed Moore just couldn't get any better. 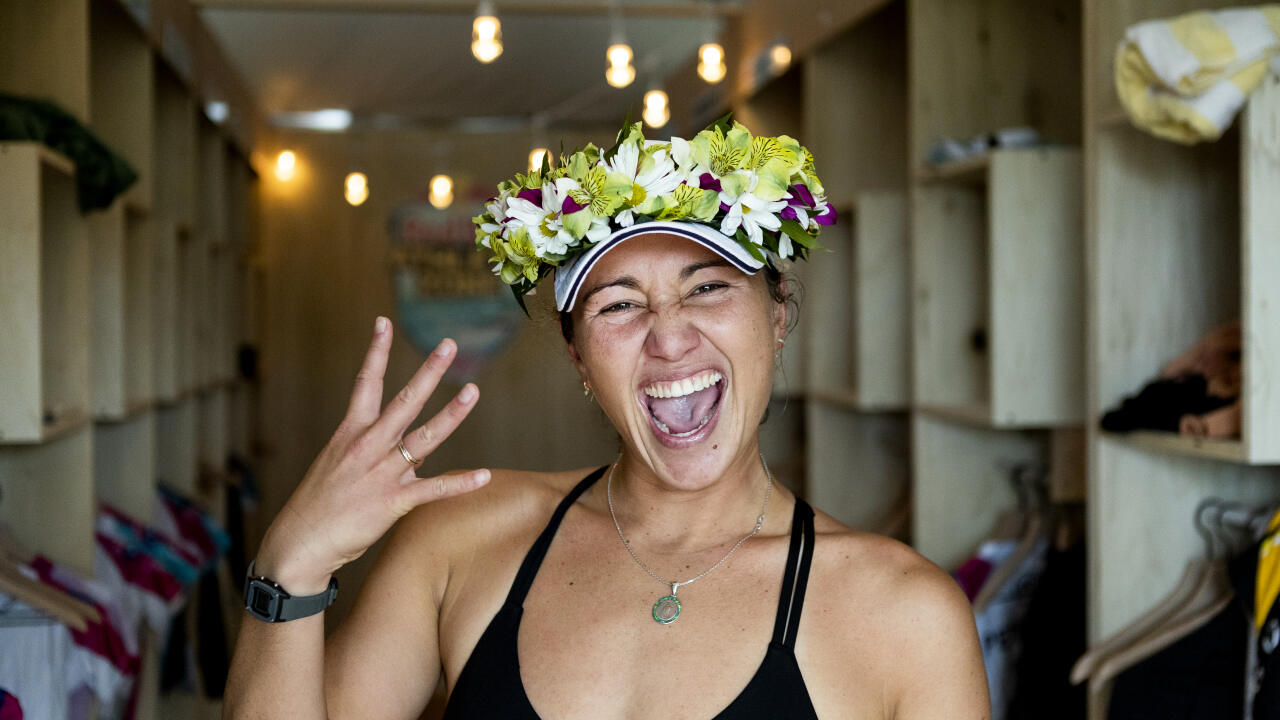 However, despite the absence of competition since winning that fourth World Title, Moore has continued to place herself at the very center of the surfing conversation. Unable to defend her title or compete in the Olympics in 2020, she did however release her biopic surf movie "Riss."

"A fun and zany profile film, but it also has depth, diving into who Moore is as a person, as a role model and as one of the best surfers of all time," wrote Surfer on its release in 2020. "It gives us more Moore than we've ever seen before."

This Hawaiian winter season, however, Riss has given us, well, Moore squared. In the first CT event it seemed it was only her who truly came to terms with the move from Maui to Pipeline. A runner-up finish wasn't a true reflection of her performances at Pipe during the heats. She may have lost the Final to Tyler Wright, but she won the respect of surf fans for her bravery, style and technical ability at the fearsome wave.

Moore backed those competitive performances up with a win in the inaugural digital Vans Triple Crown. The new format required surfers to log their best two waves at Pipeline, Haleiwa, and Sunset.

"What was great about the digital Vans Triple Crown was that it motivated all the women to get out to places like Pipe and give it a shot," Moore told the WSL. "I think it can be a very intimidating lineup on the daily, just with the crowd and the wave itself which, is very powerful and challenging, breaking on a shallow reef."

Moore spent the winter traveling each day from her home in Honolulu to surf the iconic breaks. With her shaper Matt Biolos providing fresh boards made specifically for each location, Moore's freesurfing performances were, by some distance, a cut above all the other entrants.

It was yet another reminder that far from peaking when she won her fourth World Title in 2019, Moore is surfing better than at any stage in her career. When, or if, competition resumes you'd have to back her to continue her winning ways.