Johhny Cabianca of Cabianca Surfboards grew up surfing with Gabriel Medina's stepdad Charlie in their hometown of Maresias, Brazil. He made Gabriel's first surfboard when the 2X World Champ was just four. In 2009 Cabianca moved to the Spanish Basque Country and started shaping boards for Gabriel under the Pukas label. In 2016 he started his own label and has supplied Gabriel with around 120 boards a year, or 10 for each CT event, in a unique handshake surf shaper arrangement. We caught up with Johnny in mid-February in his factory near Zarautz.

WSL: The new Australian leg of the CT has just been announced. How has that changed the boards you have made for Gabriel?
Johnny: Well, with Newcastle and Narrabeen on and Snapper off, Gabriel has requested a batch made for more regular beachbreaks. His boards will be much like the ones we make for his homebreak of Maresias. There are similarities between the waves; they are both powerful with the chance of barrels, so that is a bonus.

How many boards will he take?
At the end of 2020, we did his Hawaii quiver which had a mix of small and big wave boards. He also had a Japanese beachbreak quiver that was ready for the Olympics. So he'll pick the eyes out of those and then I'll send another ten boards ready for competition in April. 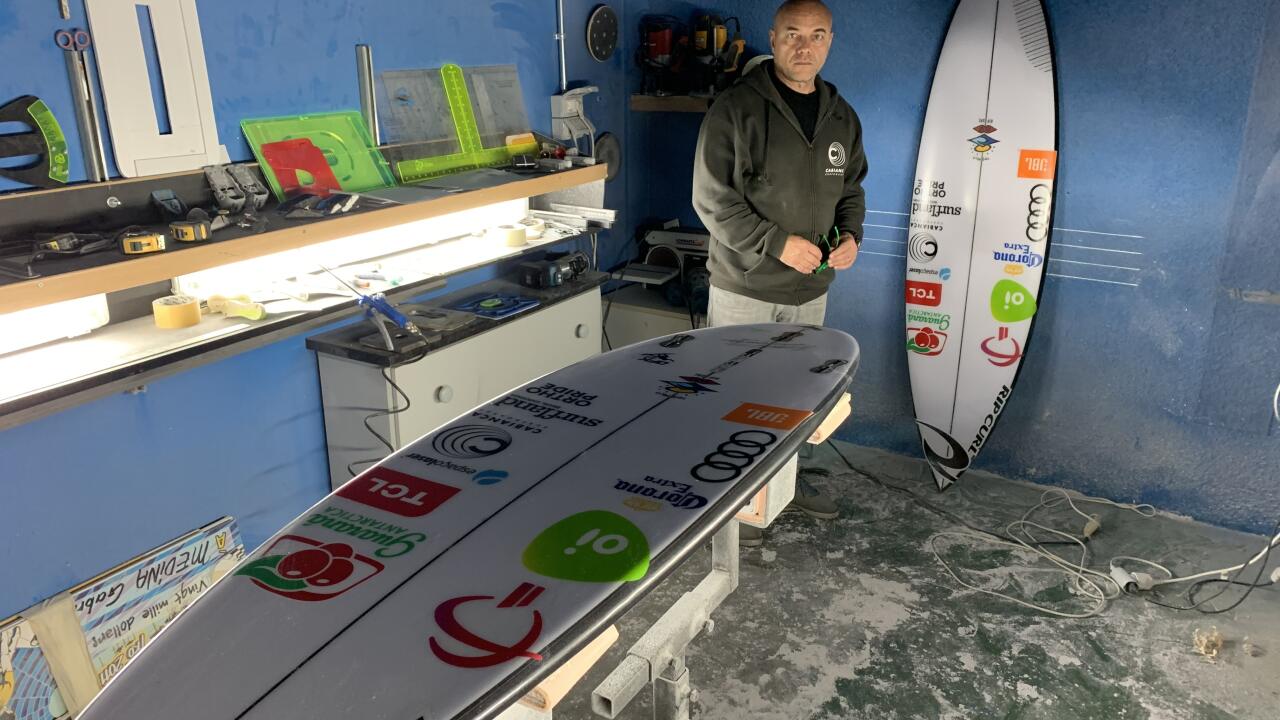 And what are the sizes and models for that new batch?
We aren't making massive changes. The aim is to keep the boards uniform or similar to the ones we did last year and build on the ten years of work we have done together. So he'll have five of his Medina models which are all roundtails and a standard 5'10 by 19' 3/8 x 2 3/8 with a volume of 29.1 liters. The other five are the DFK model, which are more technical boards designed for more powerful waves. They start at 5'11 by 19 x 2 7/16 at 28.5 liters volume.

How different are those surfboards compared to the ones you shape for your average customers?
For those models, the ones in the catalog are pretty much identical to what Gabriel rides, and we just change the lengths and volume. We've found those models work really well for everyone. We have fine-tuned and refined them so much, and there's no real need to change. Of course, that's the high-performance end, we also have so many twins, retro and mid-lengths which have been so popular recently. 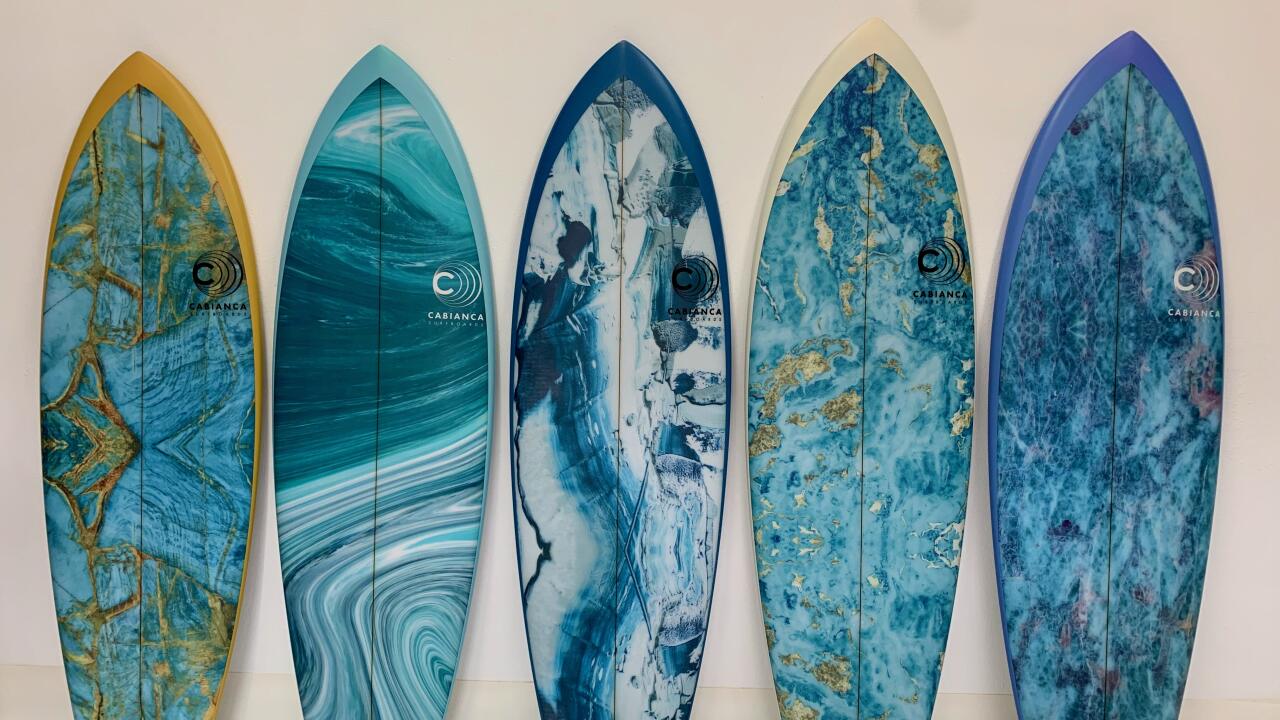 A few of the retro models ready for sale. - WSL

Last year was very different, with no competition. How did it affect the boards you made for Gabriel?
We didn't make as many boards, but as ever we worked well together. He had a good year off, was relaxed, and was recently married. He's been working on new aspects of his surfing. I think it was a good break for him. This year though it feels like he is super motivated. I've never seen him so focused on his equipment. I'm not sure if the Olympics is a factor in that, but he's in constant contact and that just adds motivation for me as a shaper.

And what about business as a whole?
Last year was a surprise, as I think with most shapers we were doing a larger quantity of boards than we first thought when the pandemic hit. The biggest challenge for us was trying to find a local workforce. We usually rely on people from all over the world who come and help, so we've had to train our local Basque kids in the art of surfboard making. Look, being a Brazilian and operating out of Europe has its challenges, but I've been so proud to expand the business using local expertise and deliver more boards with the same quality. 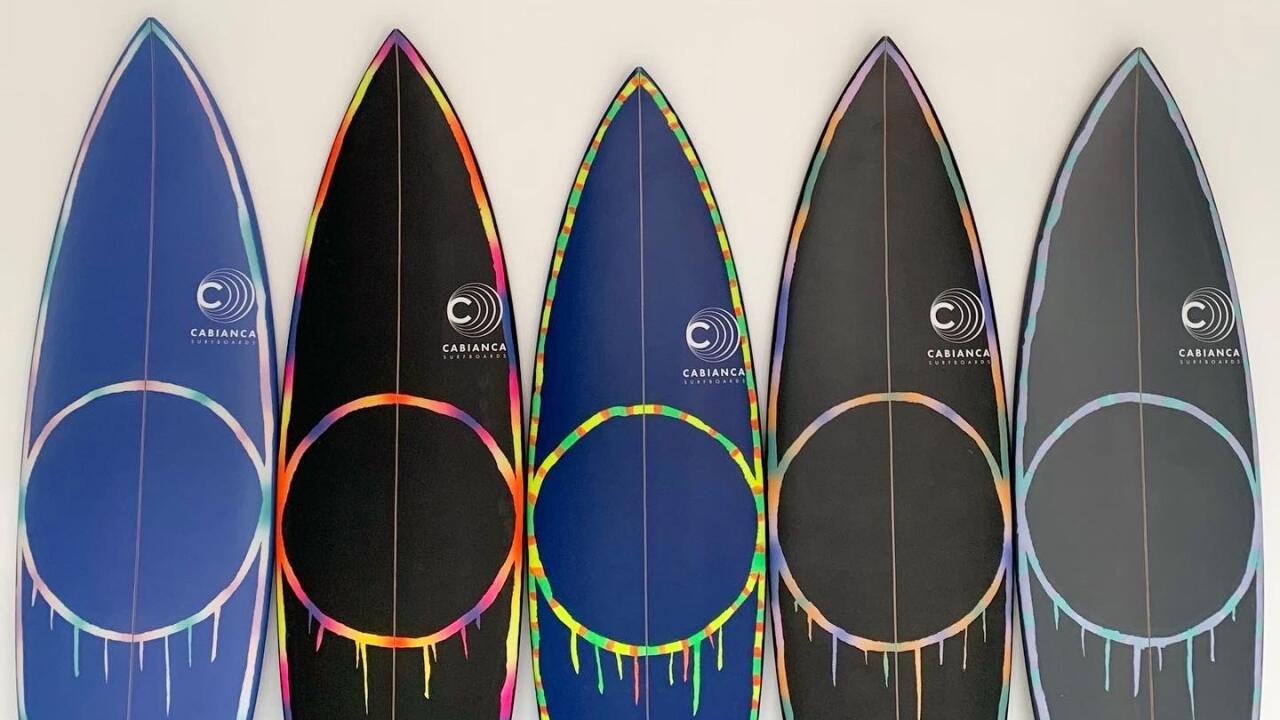 A batch of the Medina models ready for action. - WSL

See Medina put this fresh quiver to use in Australia at the upcoming Rip Curl Newcastle Cup presented by Corona kicking off April 1.

- WSL
Thursday, October 27, 2022
Gabriel Medina Is BACK! The 3x World Champ Is Set To Return At The Corona Saquarema Pro