Christiaan Bradley is an Australian who has been shaping boards at the Euroglass factory in Hossegor for the past two decades. Aside from shaping boards for many of the visiting pros each European leg, he has worked with Leonardo Fioravanti as the Italian went from teenage prodigy to CT star. We talked to Bradley in his Hossegor shaping bay in early March:

WSL: What will Leo be riding for the Australian leg of the tour?
Christiaan Bradley: Since 2018 we've had a really good board, that we called the "One" model. That design really matched the way he surfed and we haven't changed it that much. Every board he rides has come from that, just with subtle adjustments. 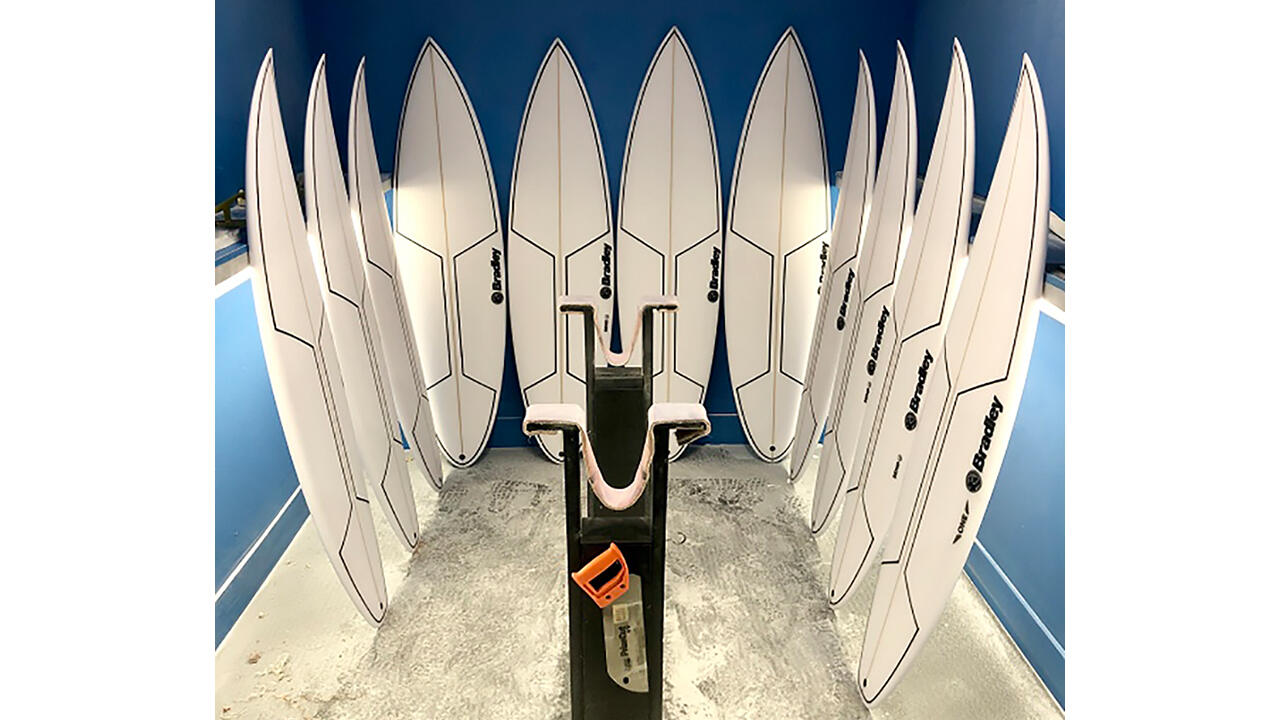 What are the dimensions?
For his standard 6'1" we have been bouncing between 18 and 3/4" and 18 and 7/8" wide, and a thickness of between 2 and 3/8th" and 2 and 7/16". So when we go thicker and narrower, we keep the volume the same in the middle and thin it out through the front and the rear. That makes the board livelier and looser, but it loses the drive a little. So that's the trade-offs we are playing with.

Those measurements seem so tiny, how much difference do they make?
Yes, there's not a lot in it, for example, his high-performance shortboards have a volume of 27.5 liters, while his grovelers will be 28 liters. If you picked them up you might not feel or see the difference, but for Leo at this elite level, he'll know instantly the best one for a hollow pointbreak or what to use in pockety beachbreaks. Fioravanti threading his Badely design through a runner at Backdoor. - WSL / Tony Heff

And the tail shape?
It's a standard squash tail, he's been on that forever, but we've introduced a roundtail for carves and rail-to-rail turns. He was just a Trestles testing those, and he loved them, so we'll throw for a few of those in.

Do the events in Western Australia require different boards?
Not in size, he rides 6'1" to a maximum of 6'4", though we'll send some of his Hawaiian quiver to West Oz. We have a "Send" model which is a step-up version of the One. Even in Hawaii, the biggest boards Leo and the top guys ride are 6'4" at Pipe.

How has the year away from competitive affected your boards for Leo?
We've used the time off to really get his boards dialed for specific type of waves. He has spent a lot of time in Hawaii, so we've refined his Pipe, Haleiwa and Sunset boards. That may not have happened in a normal competitive year. And we've had free time playing with his shortboards. So, it's just been a relaxed year of R&D, which we hope will pay off in the events. 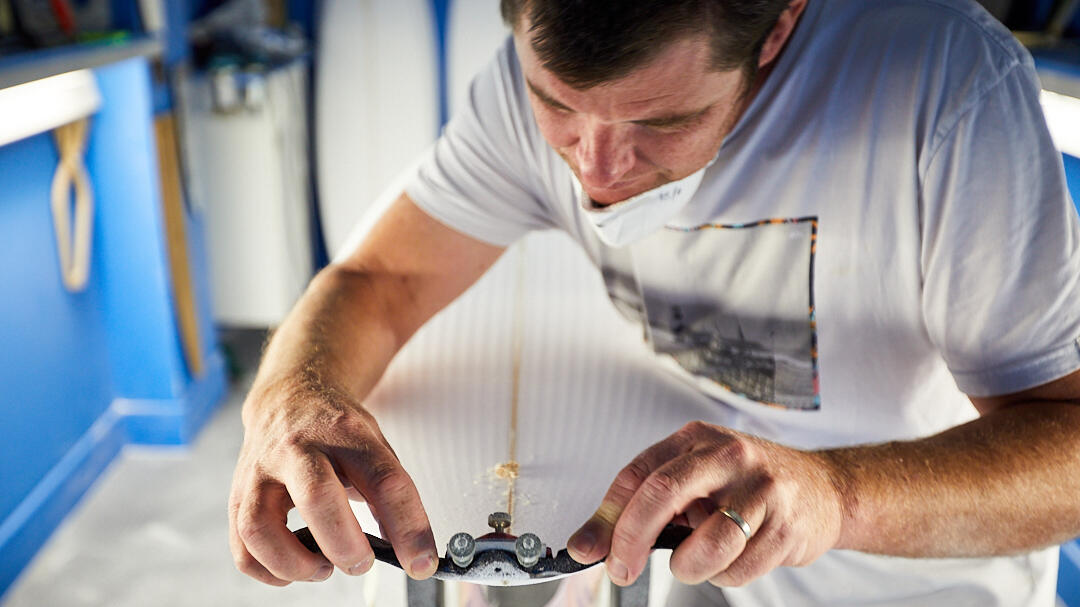 Bradley minding the nose of a new shape. - WSL

Do the designs you make for Leo feed straight back into the stock models?
For sure, the stock models are the same, all be it say 12 to 18 months behind from what Leo is riding right now. It takes time to feed the changes we've mentioned above into the whole range, but the designs are a straight copy.

Can the average surfer though deal with these high-performance boards, given they don't have the talent of the pros?
Absolutely. A lot of people make the mistake of saying if that a pro rides that board then I'll get the same, just bigger. However, in some cases you can actually go smaller. The pros that surf hard, fast and powerful need extra volume to harness that speed and added force they generate. Guys who don't surf with that force can get away with less board. But the rocker and the outline of Leo's boards are the same and we know they work. So, when a surfer works out how to make the board work for them, and find that sweet spot they'll get the same buzz as any pro.