Getting adjusted to life on the Championship Tour is hard enough for rookies in a normal year, but after qualifying for the big dance what seems like ages ago, it was to be expected that this year's crop of first-timers would come out of the gates a little doe-eyed. But they didn't. In particular, Aussies Isabella Nichols and Morgan Cibilic made their presence felt the minute they dipped their toes in the water at Newcastle.

Nichols blitzed her way all the way into the Final at the Rip Curl Newcastle Cup presented by Corona, beating current World Number 3 Tatiana Weston-Webb in two consecutive heats before sending seven-time World Champ Stephanie Gilmore packing in the Quarters. After Narrabeen, Isabella Nichols headed down to Ulladulla to clear her head, hit reset and get ready for Margaret River. - WSL / Travis Johnson

"This is crazy, I really didn't expect to make it this far," Nichols stammered after finally getting tripped up in the Final by Carissa Moore, who's currently in firm control of the yellow leader's jersey.

Nichols came back down to Earth at the Rip Curl Narrabeen Classic presented by Corona, settling for a disappointing 17th-place finish.

Surviving the first two stops of the mega Australian leg, before the pressure picks back up in Western Australia, Nichols hit the road for a few days of surfing and resetting around the Ulladulla area. Clean waves, blue water and wide open skies greeted her.

"It was really nice to head down the coast, get out of the hustle bustle of the Northern Beaches and find some new waves that resembles the power of the waves in Western Australia," Nichols told the WSL before hopping her flight to Margaret River. Leaning into her rail like it was the inside section at Main Break, Nichols prepping for the next, open-ocean stage of the Australian leg of the Championship Tour. - WSL / Travis Johnson

"I needed a reset button after the Narrabeen contest, so many emotions, so much happening, so packing up and heading down the coast for two days was absolutely amazing," she continues.

"The waves were fun, but it wasn't even about that, it was about finding my happy place again and getting ready to compete again."

When Nichols pulls on the jersey for the Boost Mobile Margaret River Pro presented by Corona she'll be starring down a grudge match with Gilmore and Brisa Hennessy in the Seeding Round. With plenty of swell on the horizon, it's now time to see how this rookie handles herself in some size. 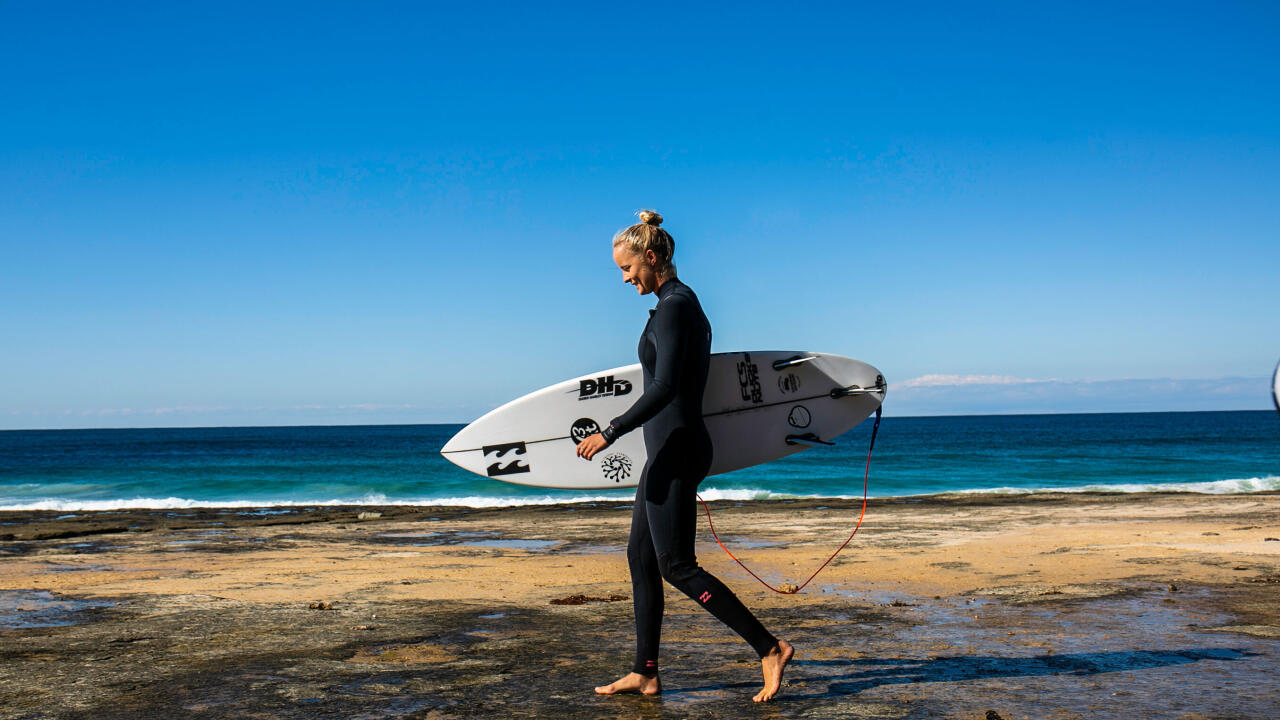 Nichols, refocused and ready for whatever West Oz holds in store for her. - WSL / Travis Johnson