The 2021 Championship Tour season has taken a toll on the stacked USA Surf Team. With both men on the team, John John Florence and Kolohe Andino, recently undergoing surgery their Olympic debut is in question. To get a little bit of clarification on their recovery process and potential for waving the red, white and blue in Tokyo this summer, the WSL caught up with USA Surfing Medical Director Kevyn Dean before he left for the ISA World Surfing Games in El Salvador. He opened up about Andino and Florence's current prognosis, as well as why we're seeing so many surf-related injuries these days. Here's what he had to say:

WSL: What can you tell us about how John John Florence and Kolohe Andino are recovering?
Kevyn Dean: They've both had their surgeries, and I spoke with Dr. Warren Kramer, who has said they have the potential to be ready and surfing well in time for the Olympics. Warren is one of the best around. They've both been through this before and they heal fast. They're almost like super-healing mutants. So, they have that power.

What about possible replacements for them if they're not ready in time?
All I can say is it's a conversation we're having every day. 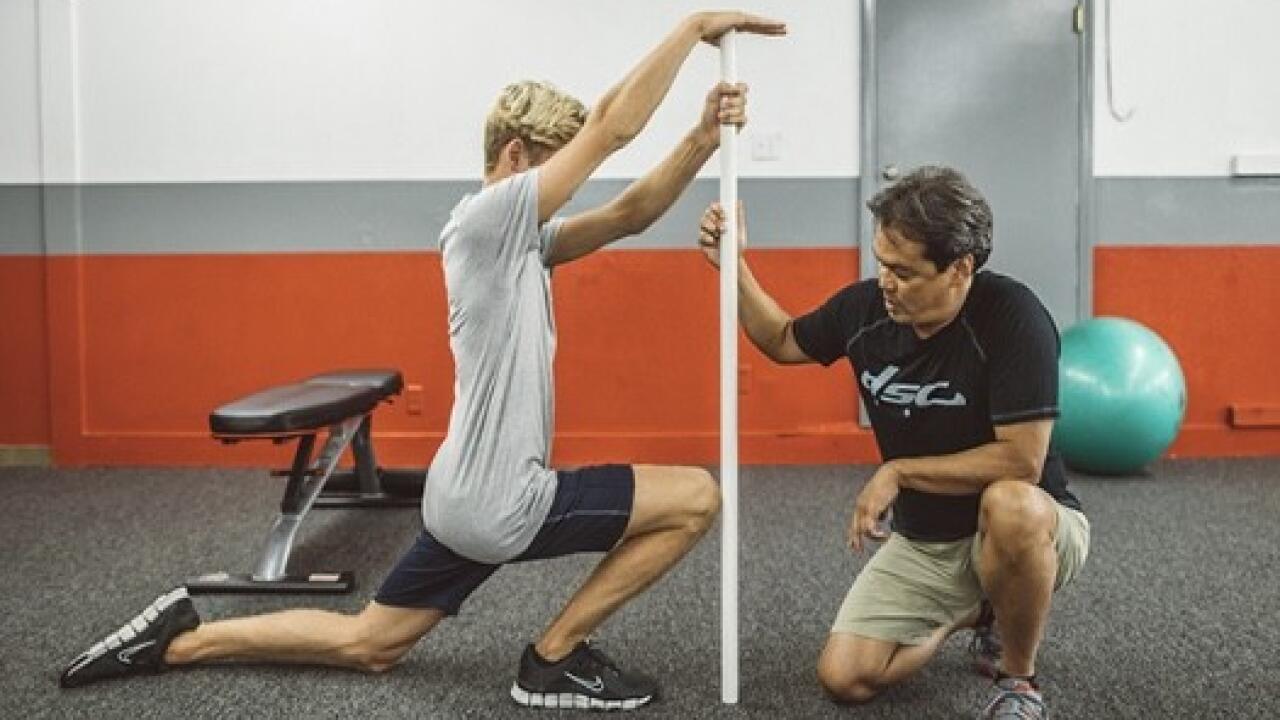 For the rest of the team, what does the time between the ISA World Surfing Games and the Olympic Opening Ceremony look like?
There's not too much time between El Salvador and the Olympics. Unfortunately, most of our Championship Tour surfers are traveling a lot, so I don't think there's going to be any chance to do anything together as a team until the Olympics. We're hoping that they can get there a little early. If so, we have some stuff planned. If we can get to Tokyo a little bit earlier, that'll be great.

From a training perspective, because their schedules are pretty packed we'll be looking at doing a lot of information sharing and preparing that way. It's been a bit of a challenge because every day we get a new playbook from Japan saying, ‘Okay, this is what you're going to do now. You do this, this, this and this, okay?' I think things will still be up in the air until we're there.

There have been a lot of conflicting news reports about what's happening in Japan with the Olympics, what's your sense of how things play out?
You read different blogs and different media outlets, media post, and some say that the Olympics are off and some say they're on. Everything that we are hearing on the Olympic side is that we're definitely going. There's not even a doubt … but I'll feel a lot better when we're walking in the Opening Ceremony.

For sure. Let's get back to injuries. With your position do you think surf-related injuries are increasing?
I think we're maybe become more aware of them and understanding them better. There was a research study done in Australia and a lot of what we're starting to understand is how hip issues can translate into injuries in other parts of the lower extremities, like knees and ankles -- which we've seen with John and Kolohe.

From an anecdotal point of view, like 93-percent of surfers that have surfed for over eight years show signs that their back leg has significantly less rotational motion than their front leg because that's where most people drive their board from. And we tracked that back to the hip.

You have to remember, when you're trying to square up your shoulders on your backhand or going into a forehand carve, that rotation should have happened at your hips and thoracic spine. But with inhibited hip mobility people will compensate with other parts of their body, which is where lower back issues or knee issues come in. Surfers also tend to have really strong shoulders and lats from all the paddling, which can also be problematic. So, from a training perspective, we really try to to focus on hips and range control. Kolohe Andino shows off a pair of TEAM USA boardshorts to John John Florence in the Surf Ranch locker room back in 2018. - WSL / Steve Sherman

Plus, surfers are logging way more time in the water today and there's more surfers in the water in general. What we see in the clinic is that the majority of injuries are on one to three to four-foot days. Those are things like twisted ankles or broken bones. Most of the injuries aren't happening in gigantic surf, you know, doing crazy things. That leads me to think, okay, so what are we doing wrong? And what I think is going wrong is you can track the rise in popularity of training for surfing with the injury rate. People are getting more powerful without any injury mitigation exercises. That's my perspective.

People take a lot of different approaches to surf training, what's your philosophy?
People think intensity is the key and it's really not. I always ask people why are you training? And if anybody tells me I'm just trying to get stronger, that's the wrong answer. A competitive athlete should be training to compete better so they can do better in their sport, whatever that entails. It's not trying to get bigger, stronger, faster, quicker, they're trying to compete better. And that should be the mindset.

Surfing has been considered a lifestyle for so long and it wasn't really treated like a sport. Even though we all know it's a sport, the argument continues. There are those that say it's an art. It's not a sport. It shouldn't be an Olympic sport. However, what we're finding is that because of that mindset, there's been limited resources on what's proper for training.

Unfortunately, there hasn't been anything standardized for training for performance for surfers ever. Even top surfers are seeking out people to train under and train with. And unfortunately, I think that has allowed the increase in injuries that we've seen. If someone's beefing up their athleticism or speed, quickness, explosiveness, range of motion, all those kind of things, but they're not working on controlling all that from a movement perspective, then they're going to get hurt. If you all of a sudden have this super strong hip, but you haven't worked on motion control or control, something is going to break. You'll overrun the capacity of the system, so to speak.