Family, friends and fellow surfers throughout Hawaii gathered this week to celebrate the life and legacy of 1993 World Champion Derek Ho. With Pipeline asleep for the summer, Ho's brother, Michael, was joined by hundreds of others to honor a man that personified the aloha spirit in and spread his ashes in the waters that came to define his life.

One of the best to ever surf Pipe, Ho's natural affinity and comfort at the most deadly surf spot in the world not only elevated the art of barrel riding during his time as a Championship Tour competitor, but also fueled the dreams of generations to come.

Speaking on behalf of the Ho family, Makua Rothman announced that July 23rd will now be Derek Ho Day in Hawaii.

"Today was an emotional day, saying good bye to a legend of our sport and someone that has inspired me growing up in Hawaii," two-time World Champion John John Florence wrote on Instagram while in Japan for the Olympics.

"Seeing the clips and photos of everyone coming together made me sad I couldn't be there today. My love goes out to the Ho family and everyone in our community," Florence continued. 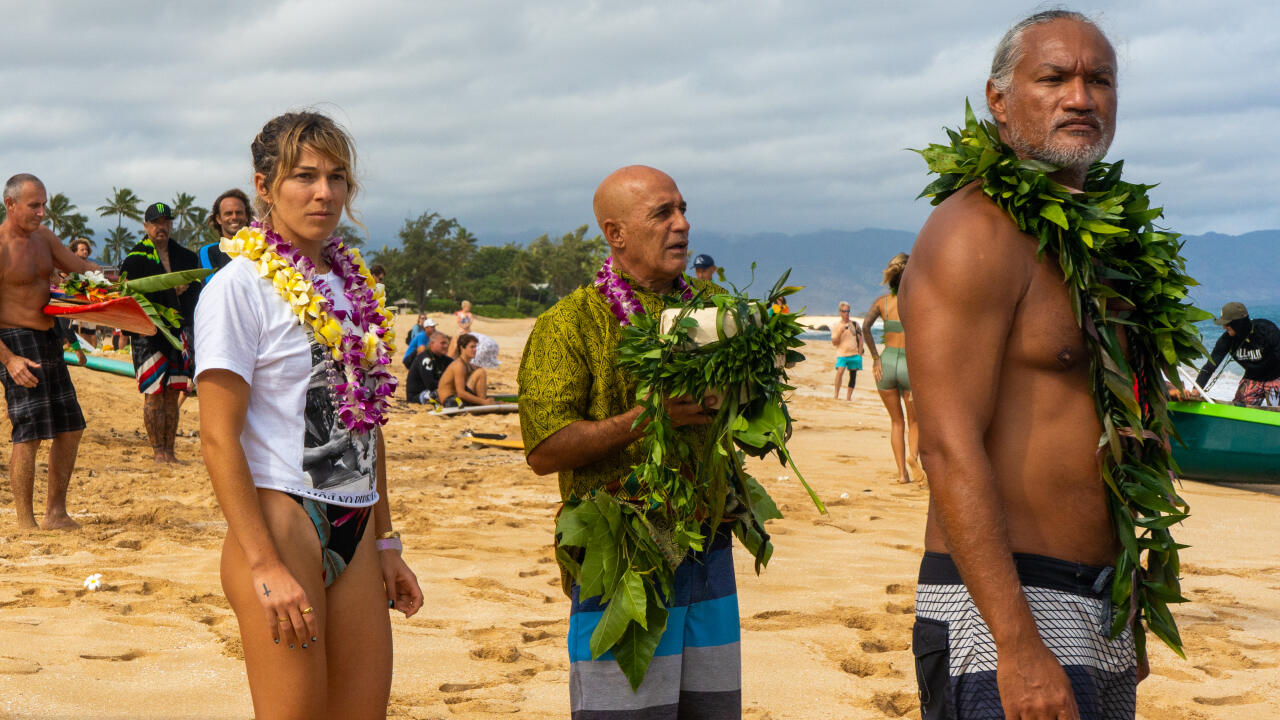 Michael and Coco Ho make their way down the beach at Pipeline with Derek Ho's ashes. - WSL / Evan Campbell

As news broke of the loss of the much respected Ho around the surfing world the outpouring of love and grief came from all corners of the globe. From former Pipe Masters, to former World Champions, to all of the friends who's lives Uncle Derek, as he was known, touched in the Islands, Ho's impact on the sport of surfing is vast and extensive.

The iconic Pipeline specialist had just enjoyed a bountiful winter on the North Shore. True to form, he was the stand-out on an all-time day at Pipe on New Year's Day in a lineup that included 11-time World Champion Kelly Slater, bodyboard icon Mike Stewart and other chargers such as Nathan Florence and Balaram Stack.

Ho was a two-time Pipe Master and a four-time Triple Crown winner, but he made history in 1993 when he became the first Hawaiian surfer to win the World Title. Earlier in the week Ho had sent a heartfelt birthday wish out to his brother, Michael. "I don't know where I would be or what I would be doing if it wasn't for this special human being I get to call my brother my father," he wrote. "Love you to death! And thanx for the inspiration and motivation! You are the man."

Ho was the uncle of former Championship Tour surfer Coco Ho and her brother Mason Ho. He was the brother of Michael Ho, and first cousin of Don Ho, the much-loved Hawaiian entertainer.

His spirit has now returned to the sea and he'll forever be part of the lineup at his beloved Pipeline.