It is the existence of an epic rivalry that truly elevates any sport. Try to imagine Muhammad Ali without Joe Frazier, Bjorn Borg missing John McEnroe, the Lakers without the Celtics, or Arnold Palmer shorn of Jack Nicklaus.

In surfing, it was the epic battles between Mark Occhilupo and Tom Curren in the late 1980s that raised the bar. Curren was smooth, aloof, and graceful. Occy was wild, exuberant and powerful -- the Raging Bull, as he came to be known.

"I loved and hated the guy, but I probably only hated him because I admired and envied what he was capable of," said Slater in a tribute to Irons after his death in 2011.

Highlights: Top Action From The Rip Curl WSL Finals At Lowers
3:15
Lower Trestles was about as good as it gets for the conclusion of the 2021 season, don't miss a minute of the action.

Now, with the inaugural Rip Curl WSL Finals in the books and Gabriel Medina capturing his third World Title, as well as Filipe Toledo and Italo Ferreira finishing second and third, respectively, we could be on the brink of creating a rivalry for the ages. A three-way rivalry in sport is less common but no less fascinating. The classic example in sport is the two-decade dominance of men's tennis by Rafael Nadal, Roger Federer and Novak Djokovic; known as the Big Three.

From the 2003 Wimbledon up to and including the 2021 Wimbledon, the trio has dominated, winning 60 of the 72 Grand Slam titles, with all of them having a shared a record of 20 titles each.

The longevity of that success is unparalleled, but if we compare their stats to surfing's more recent results, the Brazilians aren't too far behind. Since the 2018 season they have claimed 19 of the 29 CT events, winning two out of every three held. In 2021, they have claimed five out of the seven, and Mexico was the only Final in which none of them were present. 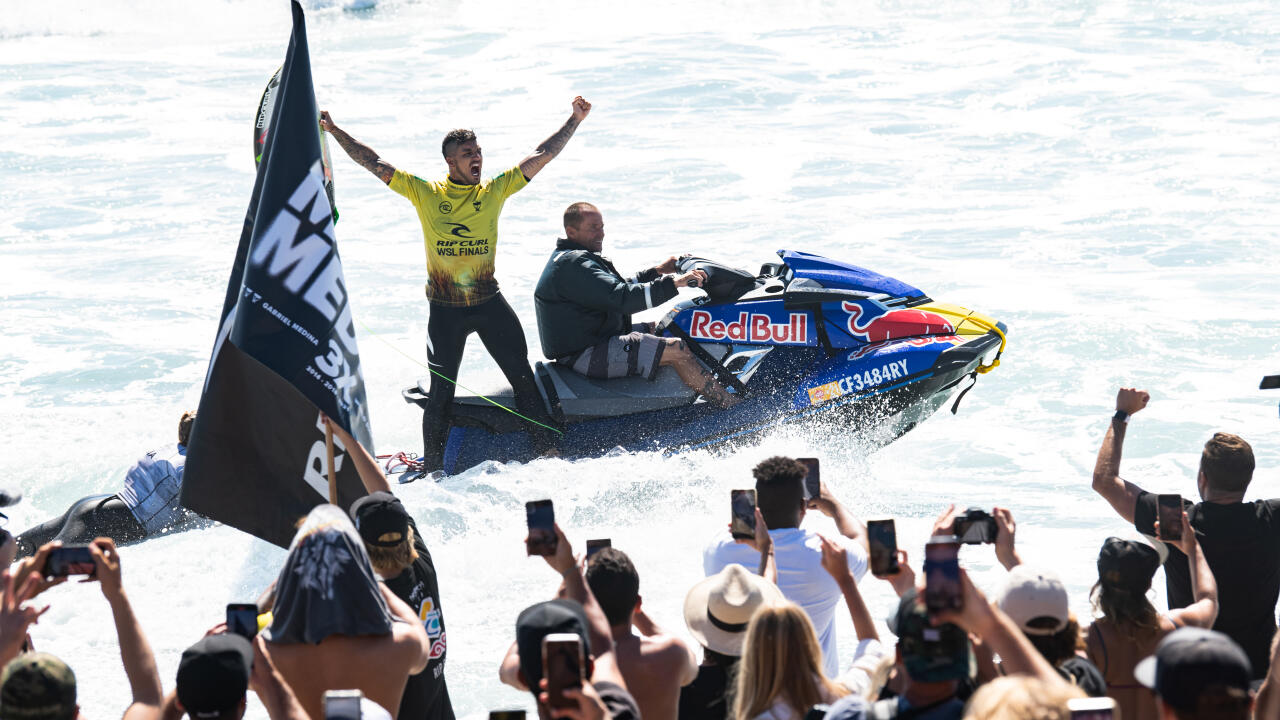 It is a run of dominance that also shows no signs of petering out. Medina and Ferreira, the last two World Champions, are 27, while Toledo is 26. They are only now entering their prime competitive years. World Champions Mick Fanning and Joel Parkinson retired when they were 35, and then there is Slater, who is not far from his 50th lap around the sun.

The fact that the three are compatriots, and of a similar age, means there isn't perhaps quite the hard, personal edge to their competitiveness that existed between Slater and Irons.

And while there may not be the fire, brimstone and animosity of some of surfing's other great rivalries, each of the trio nonetheless bring their own unique, and very different personalities, to what is an intense competitive feud. 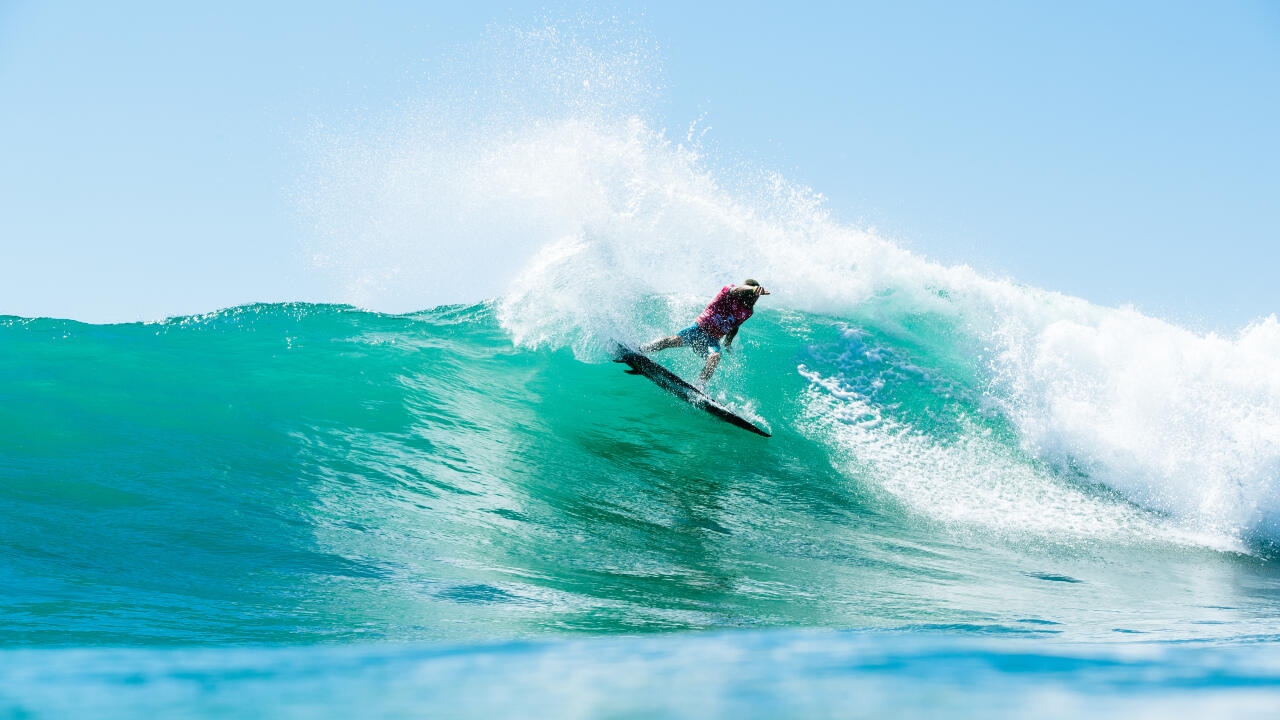 Filipe Toledo made a strong run at capturing his first World Title at Lowers, and after finishing second in the Rip Curl WSL Finals will have plenty of motivation for the 2022 CT season. - WSL / Tony Heff

Medina's ice-cold neutrality and competitive aggression are offset by Ferreira's frenetic and chaotic energy. Toledo brings a pure surfing aesthetic to the table, and a calmer, family man's perspective to his heats. All three appear to have a cordial relationship, but as Parkinson once said about Fanning, "Look he's one of my best mates, but that just means I want to beat him even more. I still hate losing to Mick, always have."

It is the same with the Brazilians; beating each other actually means a lot more. And now that Medina's ascended to rare air with tied with Tom Curren, Andy Irons and Mick Fanning at three Titles, one would assume his countrymen will be eager to catch up. Toledo was a whisker away from capturing his first Title at Lowers. Ferreira got his in 2019 but would love to add more hardware to his mantle.

The start of the 2022 Championship Season is a little more than four months away, but one gets the sense the race is already on between these three. Don't sleep on them during the off-season. 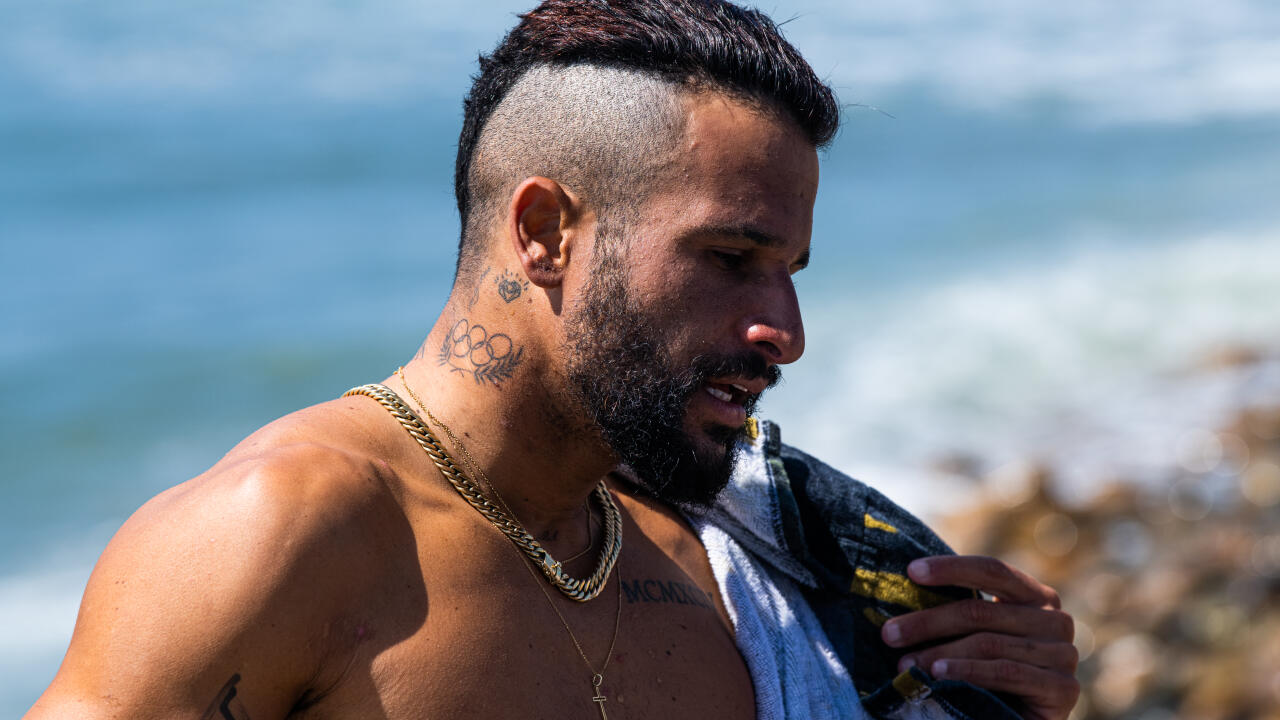