Portugal has a long surf history dating back to the 1960s and produced several exceptional surfers throughout the 1970s, '80s, and '90s. Yet it wasn't until Tiago "Saca" Pires in 2008 that a Portuguese surfer made the CT. After Pires made that leap and stayed there until 2014, he was given the moniker "The Prince of Portugal."

With the MEO Vissla Pro Ericeira kicking off on October 2nd, we thought we'd take a look at the heir-apparents to that title. Those local surfers with the best chance of getting the huge, passionate crowds on their feet, and end up standing on the throne as the new The Prince and Princesses of Portugal.

The obvious pretender to the throne, Morais has now had three years on the CT. In his rookie season in 2017, he finished as the World No.14, and this year became the first Portuguese surfer to crack the top 10. On the back of an incredible season, he'll enter the MEO Vissla Pro Ericeira with huge confidence and as the No. 3 seed. The fact that he won the Countdown Series event here at Ribeira d'Ilhas last year, defeating Italo Ferreira in the Final, means he is the obvious best bet to be the hometown hero.

See The Wave That Local Hero Frederico Morais Won The MEO Portugal Cup With
0:54
The Ericeira local breaks World Champ Italo Ferreira's near year-long winning streak and takes out the second event of the Euro Cup of Surfing.

Unlike in the Men's, Portugal has never had a female surfer crack the CT. Many believe that it is Teresa Bonvalot who might have the best chance. The Cascais local received her first taste of CT life when she surfed as a wildcard aged just 14 back in 2013. In 2016, she became the first Portuguese female surfer to win WSL's European Junior title, before finishing a credible 5th at the World Junior Titles. Yet Bonvalot hasn't quite fulfilled that early promise. However, she started 2021 with a new sponsor and a QS win on the European leg. With a smooth style and plenty of power, the goofy footer can mix it with the best. Hailing from nearby Cascais, Ribeiro had been destined to follow his mentor and hero Pires' footsteps since he claimed the World Junior Title at Ribeira d'Ilhas in 2014. He's come close to CT qualification numerous times but hasn't been able to get over the line. After a great European QS leg earlier in the year, and a solid start at the US Open of Surfing, the 26-year-old comes back to Portugal in the form of his life. A win at Ericeria would surely catapult him onto the CT and see him join Saca as a Portuguese surfing great.

It's been a breakout year for Sequeira-Hopkins, who was born in Portugal to a British mother and Portuguese father. The diminutive, but powerful natural-footer came from nowhere to secure Olympic selection for the Tokyo Games through her performances at the ISA Games in El Salvador. At the Games she made it to the Quarterfinals, falling just short of a medal. She backed that with a solid start to the Challenger Series at the US Open, and will head to Ericeira with plenty of local knowledge and even more belief. 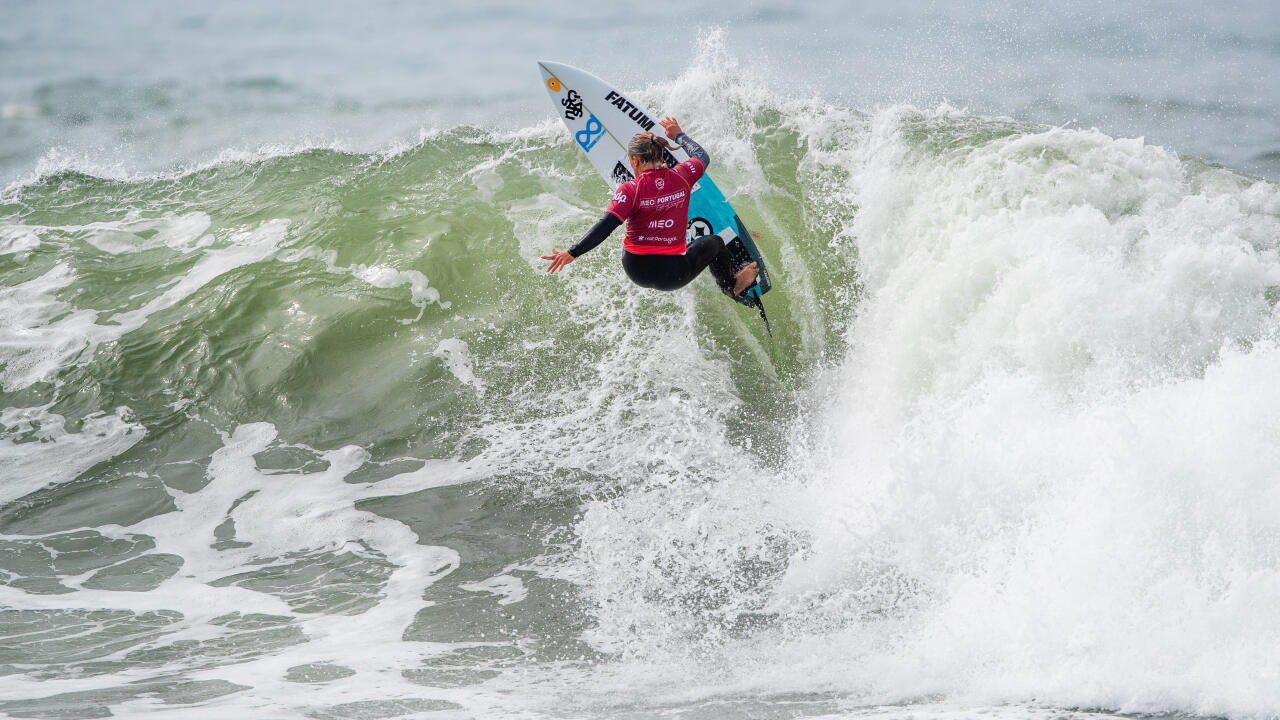 The men's RD32 unfolds in subpar waves but surfers put on a show above the lip on Day 3 of the Rip Curl Pro Anglet.