Vahine, Heimiti and Kohai Fierro not only share a bond of sisterhood but of surfing and a rich culture. The short film "Goddesses," directed, filmed, and edited by Morgan Maaseen showcases the beauty of surfing a highly consequential wave such as Teahupo'o alongside the picturesque natural beauty of Tahiti.

"Goddesses" captures the essence of the Fierro's relationship with Tahiti and the South Pacific. From chasing waterfalls to charging heavy water waves and everything in between, the Fierro sisters are full of life and a sense of adventure. At the ages of 21, 17 and 15, these young women make surfing Teahupo'o look easy, laid back and fun all while pushing each other to go bigger each time, displaying their mastery and dedication to understanding the wave.

It seems only a matter of time before Vahine qualifies for the Championship Tour. After claiming the Junior World Title in 2017, she has been traveling and competing across the world in hopes of qualification.

And this year may just be her year. Sitting in fifth place on the Challenger Series, Vahine has the momentum shes needs going into the Haleiwa Challenger event this November to turn her dreams into reality. 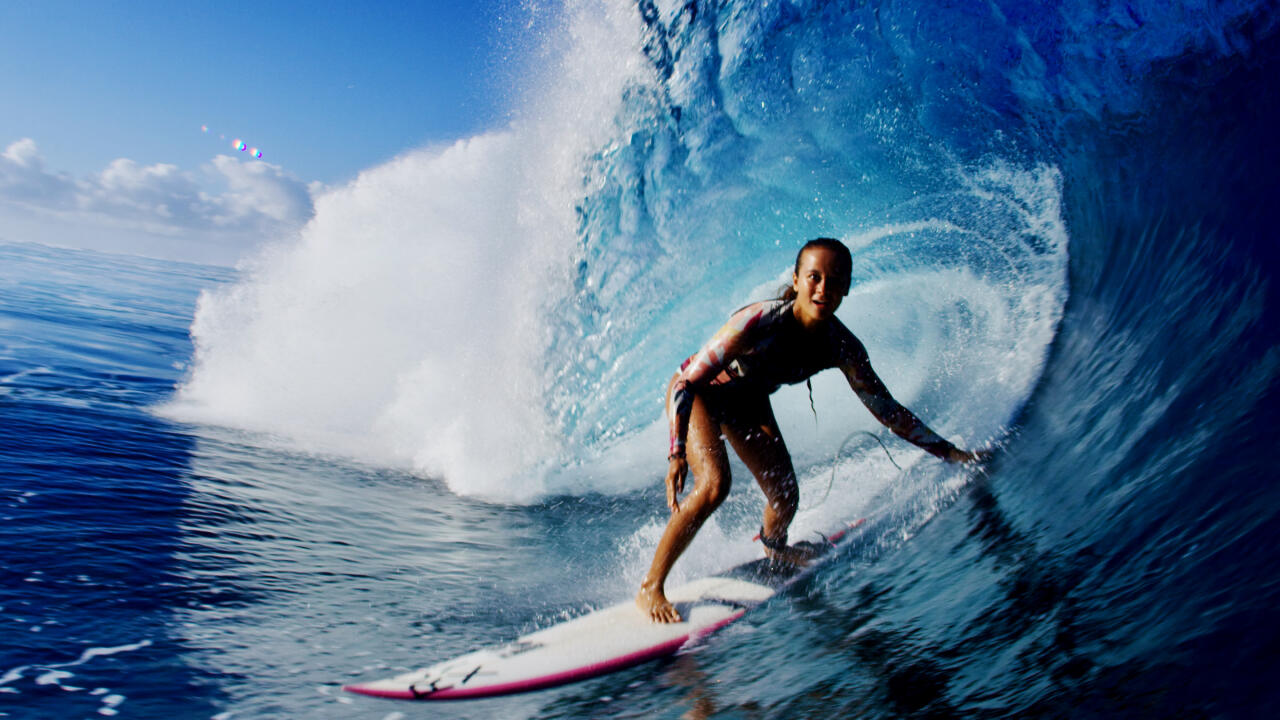 Teahupo'o, well known around the world for being a wave of consequence, is a wave that has tested even the most skilled and highly qualified surfers. These sister live, sleep and breathe the infamous wave and push each other to charge in the lineup.

"Watching them knock on the door of Teahupo'o one-by-one, Vahine leading the way into some of the heaviest waves I've ever seen women surf, is enthralling" said Maassen.

"And so, to visit them at their home, to spend time with the family, to explore nature and the sea with them, all the while chasing swells and watching these women charge bigger and bigger surf, has been utterly moving. I am such a huge fan of these sisters, and the opportunity to point my lens at them as they live and grow was the thrill of a lifetime." Vahine Fierro has dedicated her time at home to learn and master barrel riding at Teahupo'o with her sisters. - Morgan Maassen