"That's the mix of Hawaiian and Brazilian right there. Lulu has the passion and the aloha. That's why she is so dangerous."

That was Brisa Hennessy, talking about Luana Silva, during the Final of the MEO Vissla Pro Ericeira.

Silva would go on to win that Final, defeating her fellow Hawaiian and best friend Gabriela Bryan with a piece of clutch surfing in the dying seconds. The win in the Challenger Series event was the biggest of her career and has put the surfer from Hawaii in one of the front row seats for CT qualification. For many international fans that may have been the first time they'd seen the potential of Silva. In Hawaii though, the powerful natural-footer has been on the radar since she learned to surf at her homebreak of Sunset aged just three. Her Brazilian parents had made Hawaii their home in the 1990s, and Luana, which means happiness in Hawaiian, was born in Kapiolani Hospital in Honolulu in 2004.

She developed a passion for surfing earlier than most. Junior competition wins and NSSA titles were augmented by sessions at Sunset and Velzyland. By her teens, she had been surfing Oahu's outer reefs with her dad, as well as logging sessions at Waimea. To complete her well-rounded act she worked with Hawaiian legend and surf coach Kahea Hart, had boards made by Jeff Bushman and Wade Tokoro, and trained at Kid Peligro's Ginastica Natural.

Competition-wise, two QS wins in Australia in 2019, aged just 15, were the first signs that surfing may have had an exciting new talent. The pandemic though, and its 18-month postponement of competition came at a time when Silva was just making a cut through in the senior ranks. However, she may look back at the time surfing at home, and completing her High School studies, as ultimately a positive. The win in Portugal after that break proved that her surfing had geared up and was ready for the elite. A powerful, technically gifted surfer, it's no surprise that it is Carissa Moore's style that she most looks up to.

Now sitting at No.7 on the Challenger Series, she lies just one place outside the cut-off for CT qualification. On the positive side, poor results at the US Open of Surfing and ROXY Pro France mean that any points scored at the Michelob ULTRA Pure Gold Haleiwa Challenger will add directly to her tally. 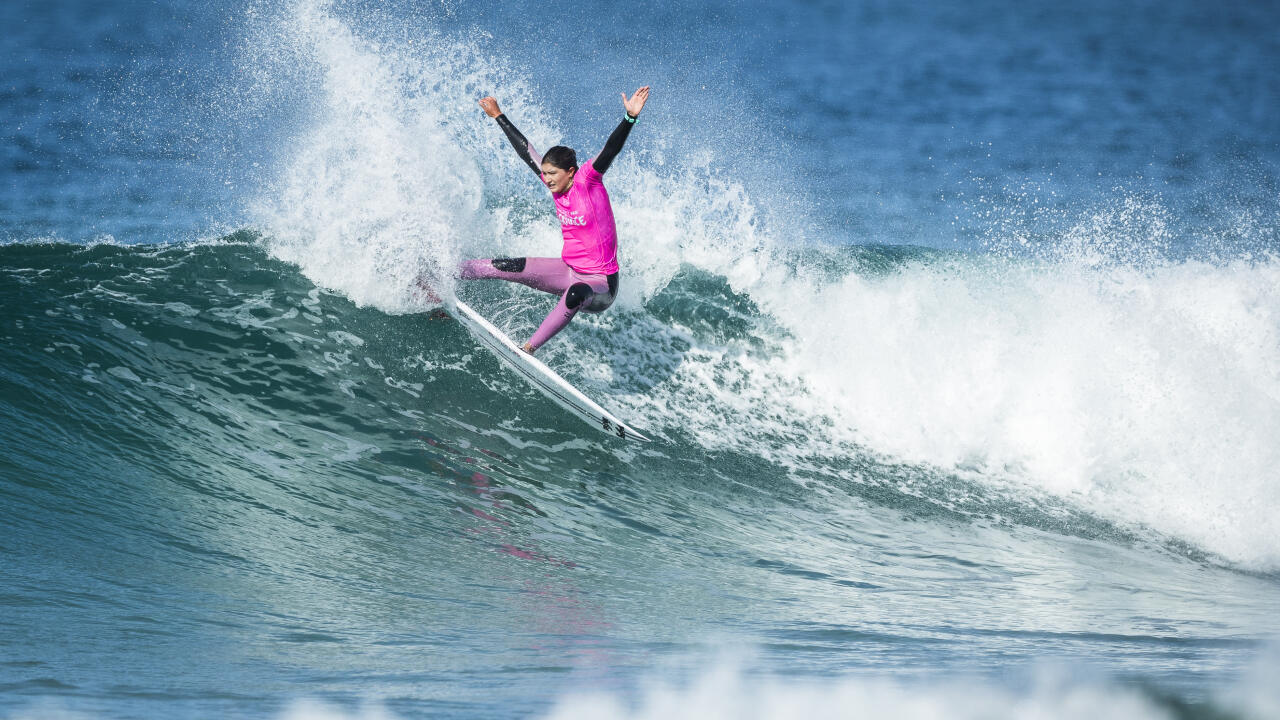 She will, of course, be nervous. Any early round loss could see her CT dreams being postponed for 12 months at the very least. However, despite her young age, very few of the surfers vying for the top six have the lineup knowledge that she possesses. Her rail game and power surfing also suit the huge open faces of the iconic surf break.

If she can capture any of her form from Portugal, and harness the Brazilian passion on her home soil in Hawaii, she'll be on the CT for 2022.

Silva has consistently performed on the Challenger Series this year, and re-qualification is not out of the question with just two events

Will Luana Silva be able to repeat her success this year after 2021's Hawaiian sweep in Ericeira?