The women's Qualifying Series (QS) returns to the infamous reefbreak of Pipeline for the HIC Pipe Pro QS 1,000 and now awaits the opening horn. For some, it's a great opportunity to showcase their talents and help secure a spot back on the Challenger Series in 2022, but for the likes of now-Championship Tour (CT) qualified Luana Silva, it's a platform to get ready for their CT debut come January 29.

The North Shore, Oahu's own has shown comfortability in waves of consequence since her early teen years and is only getting more confident. 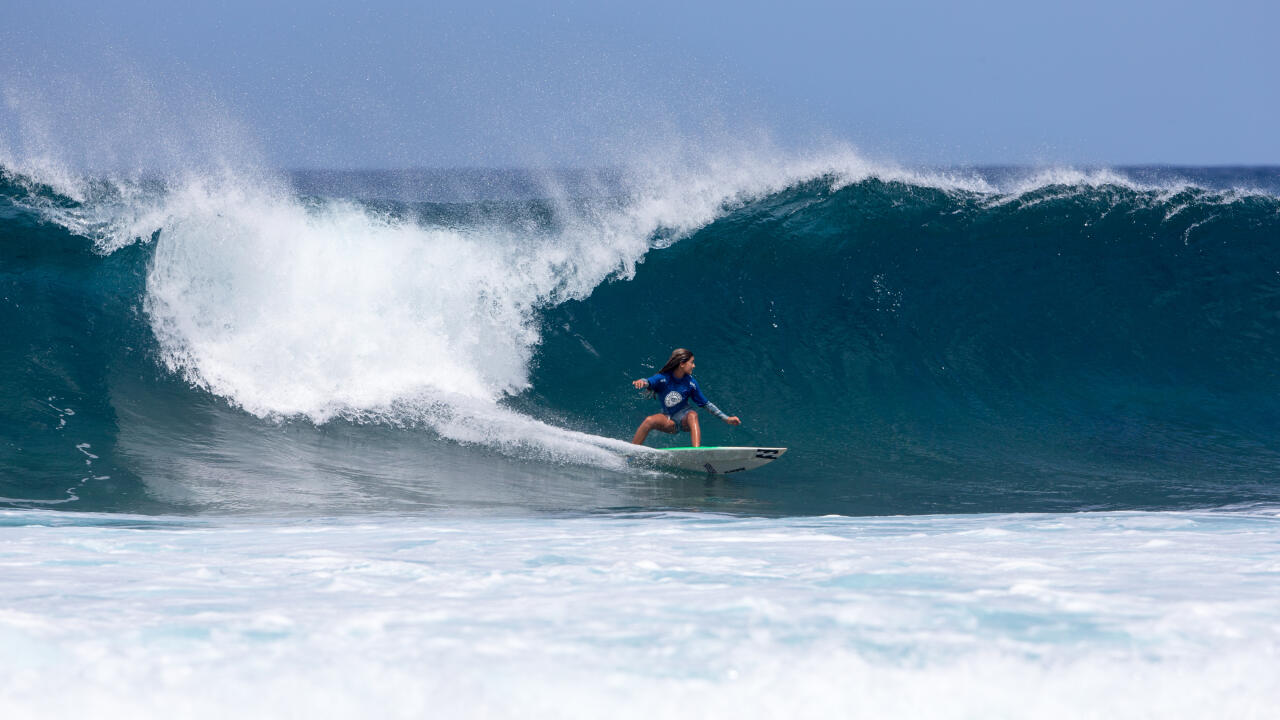 The last time Silva and the women competed at Pipeline, she was all of 14 years old. - WSL / tony heff

"It's a great opportunity to compete at Pipe on the QS and show we're ready for a wave of consequence," said Silva. "And also show some of your other skills that you maybe don't get to all the time. I think it'll bring out some of the best in the girls having to surf in all types of conditions. It's just going to be a fun event and I'm really excited to be a part of it again after we haven't surfed at Pipe since for an event in so long."

To think, just days prior, Silva's qualification hopes hung on a thread coming down to one final heat in the Michelob ULTRA Pure Gold Haleiwa Challenger Semifinals. A moment the 17-year-old won't soon forget.

"I ended up going home because I was a little frustrated with the last heat but it is what it is and I'm still happy with my performance looking back on the event," added Silva. "Whatever happened I was ready to go back at it again next year. I didn't know about any of the scenarios about what could happen and when I got back home I didn't want to watch it at first." Silva's performance to get her to the Quarterfinals gave her a shot at qualifying. - WSL / Brent Bielmann

"I felt like I would jinx myself if I did, just some sort of superstition, and I turned it on with about four minutes left in the second Semifinal and they kept saying if Molly (Picklum) gets fourth I qualify."

The cherry on top, Silva qualified along three other Hawaii surfers as they surged their way on Tour in the final Challenger Series event when all was said and done. The North Shore competitor's victory in Portugal the difference maker.

"It's insane. I've been trying to process it, it's just hard to even wrap my head around everything. I grew up my whole life with this as a main goal, to be on the Tour with some of the best surfers and now that I am I can't really believe I'm here. It's super exciting that I qualified with some of my best friends Gabriel Bryan and Bettylou (Sakura Johnson). Bettylou and I grew up surfing together at Haleiwa almost every day and compete against each other at seven years old."