Competition began on Thursday at the World Surf League (WSL) Circuito Banco do Brasil de Surfe QS 1000 in contestable conditions at Praia de Itamambuca, on the northern coastline of São Paulo, Brazil. Opening rounds were completed in both men's and women's divisions and saw Silvana Lima (BRA) clinch a wildcard invitation to the Corona Saquarema Pro presented by Banco do Brasil by mathematically winning the 3-event Banco do Brasil series.

"My objective since the start of this series was to win the Circuito Banco do Brasil title, which is my sponsor alongside BB Asset. Everything went according to plan and I'm very happy to win the wildcard for the Challenger Series in Saquarema," said Lima. "But I'm still focused on doing well here, because we just started the event. There is no better practice than actual competition, so this will help keep me in rhythm for the Challenger." 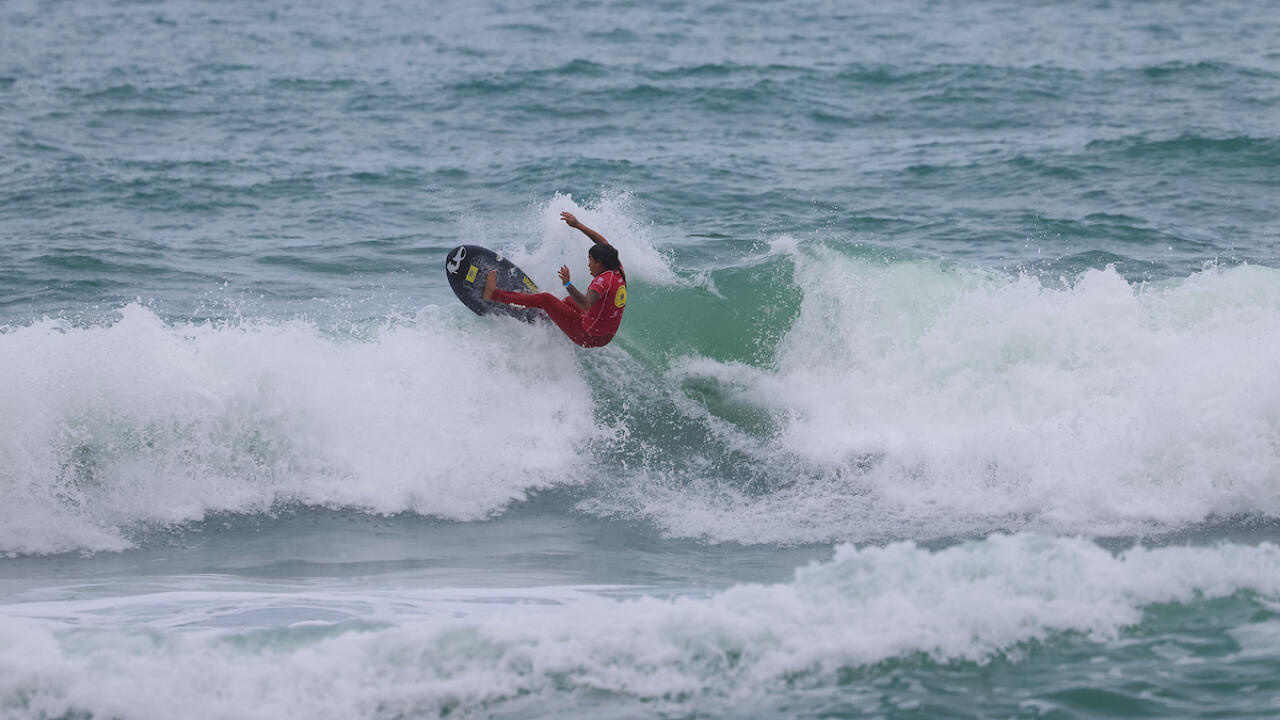 Silvana Lima (BRA) advanced into the Round of 16 at the Circuito Banco do Brasil de Surfe in Ubatuba, Brazil. - WSL / Daniel Smorigo

Lima is considered one of the most influential Brazilian female surfers ever and has had a strong impact on all of women's surfing in the country. One of her most significant admirers is her fellow teammate, Juliana dos Santos (BRA). Santos also hails from the northeastern region of Brazil, is also sponsored by Banco do Brasil and was able to advance in first place, ahead of Lima in Heat 6 of the Round of 32.

"I'm so happy I was able to surf the way I'm able to and display my backhand surfing which has a lot of power and progression," declared Santos. "What made it even more special was that it was in a heat with Silvana (Lima), who is my biggest idol. She always surfs great and keeps stepping it up and leading the charge for all of the female surfers in Brazil. It's such a pleasure to be with her on the Banco do Brasil team and my goal is to do my best in this contest." 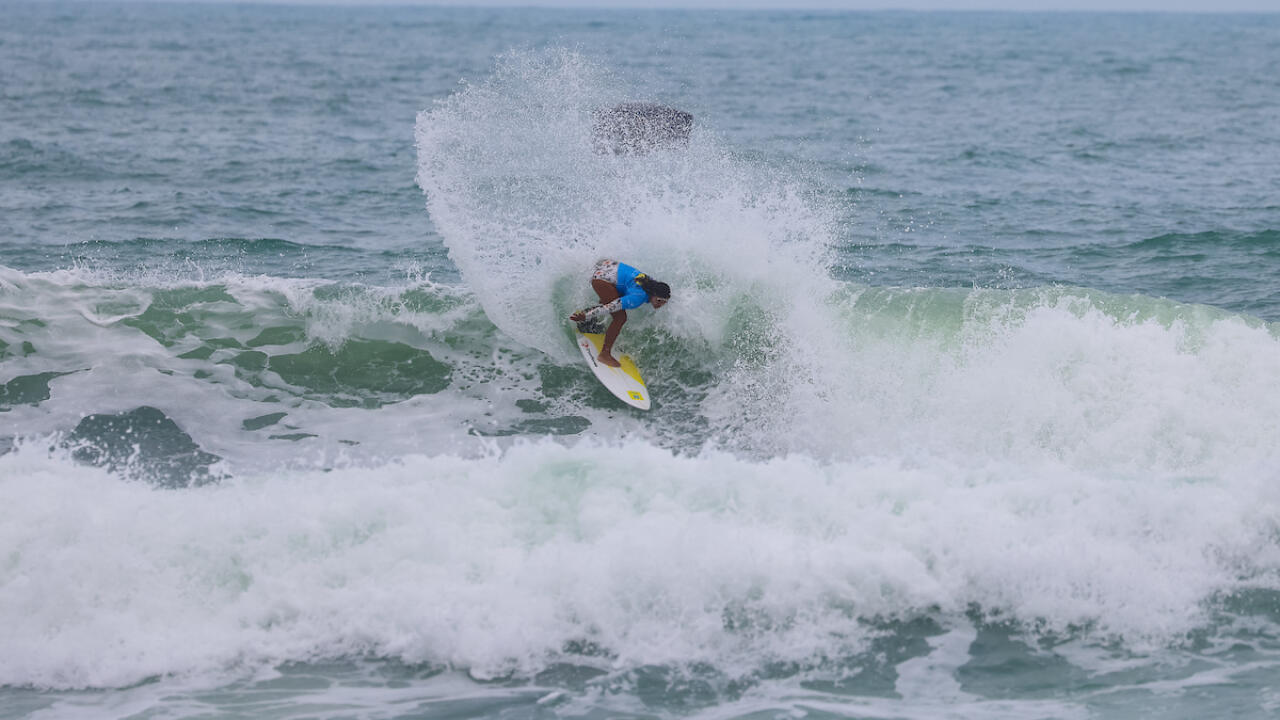 Juliana dos Santos (BRA) advanced into the Round of 16 at the Circuito Banco do Brasil de Surfe in Ubatuba, Brazil. - WSL / Daniel Smorigo

The third and final stop of the Circuito Banco do Brasil series was set up to create opportunities for the newest generation of talent in Brazil, as well as carry out events in each of the major coastal regions in the country. However, it is not limited to Brazilian athletes, and in Ubatuba, featured a majority of the WSL South America Challenger Series as well as athletes hailing from Brazil, Peru, Chile, Argentina and even competitors from Puerto Rico and Australia.

Current Challenger Series athletes Daniella Rosas (PER), Arena Rodriguez Vargas (PER), Sophia Medina (BRA) and Laura Raupp (BRA) all advanced into the Round of 16 as did the current WSL South America rankings leader, Sol Aguirre (PER), who participated in the 2022 Oi Rio Pro presented by Corona at this year's Championship Tour event in Saquarema. 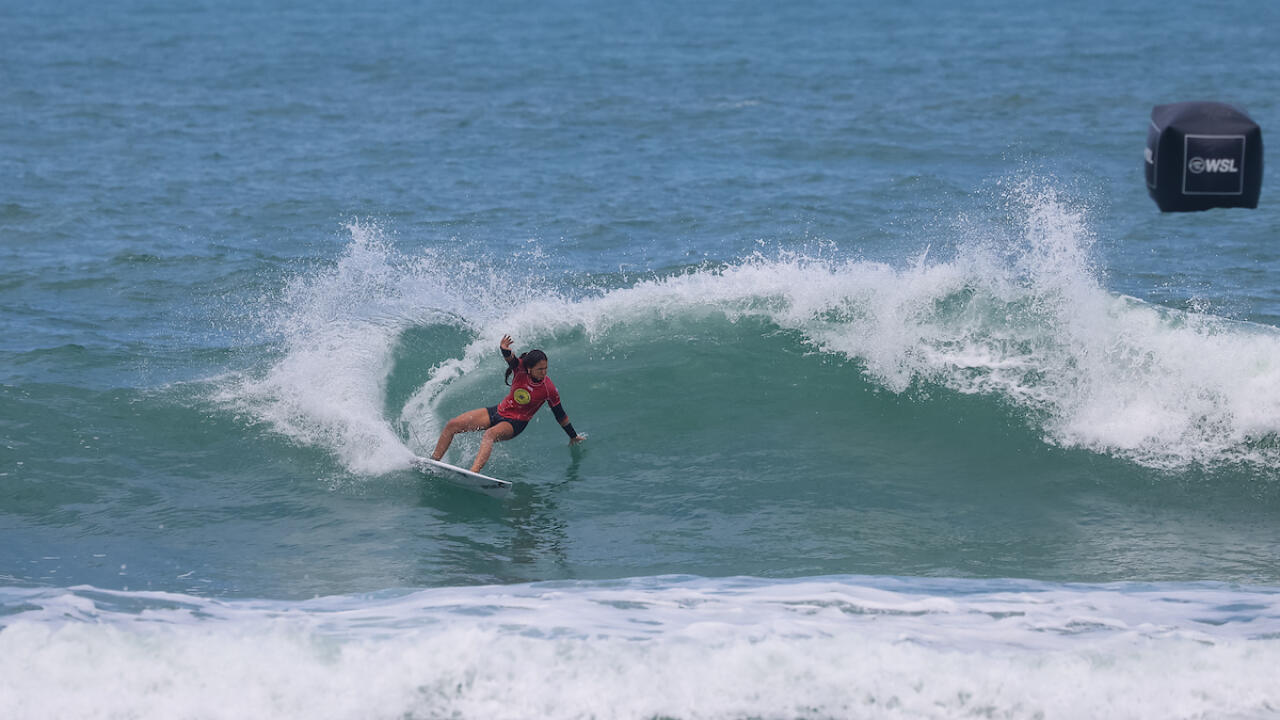 Sophia Medina (BRA) advanced into the Round of 16 at the Circuito Banco do Brasil de Surfe in Ubatuba, Brazil. - WSL / Daniel Smorigo

The day began with competition in the men's division with waves in the 3-4 foot range and moderate winds. Strong currents affected the line-up throughout the day, but the latest crop of talent was determined to put on a show. José Gundesen (ARG), who currently sits in 7th on the regional rankings advanced in 1st place in Heat 1 of the Round of 80.

"It's a bit choppy out there, but there are still good waves with some punch to them, so it's good for doing some big turns," said Gundesen. "I lost some ground at the event in Chile, so I'm trying to make it back up with a good result here. I first competed here in 2015 at a Junior event, so I have great memories, lots of friends in the area and am stoked to be back." José Gundesen (ARG) advanced into the Round of 64 at the Circuito Banco do Brasil de Surfe in Ubatuba, Brazil. - WSL / Daniel Smorigo

In addition to the competition, the Circuito Banco do Brasil de Surfe promotes several activations open to the public on the beach. Similar to the two prior events, present at Praia de Itamambuca is a kids area for children to have fun, art workshops by the graphic artist Tom Veiga and free surfing lessons, workouts, beach tennis and yoga classes. Another attraction is the "Beach Market", featuring Banco do Brasil clients presenting their products at stands set up in the event area. Rounding out the activities is an environmental preservation activation carried out jointly with Grupo Tamoio de Ubatuba and SAI (Sociedade Amigos de Itamambuca).

A call is set for 8:00 AM (GMT-3) on Friday for continuation of the Circuito Banco do Brasil de Surfe at Praia de Itamambuca. In the men's division, the upcoming Round of 64 will see Heitor Mueller (BRA) face up against Ivo Gothardo (BRA), Eduardo Matheus Silva (BRA) and José Gundesen (ARG).