Warm weather, sunny skies and waves in the 2-foot range were on hand for the final day of the World Surf League (WSL) Circuito Banco do Brasil de Surfe at Praia de Itamambuca in Ubatuba, Brazil. Silvana Lima (BRA) celebrated her second victory of the 3-event Circuito Banco do Brasil de Surfe Series in a tight match over Peruvian Daniella Rosas (PER). In the men's division, Alejo Muniz (BRA) defeated José Gundesen (ARG) in a closely fought battle on Finals Day.

Lima set the tone at the Circuito Banco do Brasil de Surfe Series with wins at the event in Stella Maris, Bahia and repeated the feat in Ubatuba with a spectacular Finals Day, defeating Melanie Giunta (PER) in the Semifinals with a 16.26 total and a 16.17 heat total over Rosas in the Final.

"The Final was some payback against Daniella (Rosas) who beat me in my hometown of Rio de Janeiro at a QS event a little while ago. I knew it wasn't going to be easy because she surfs so well, but luckily I started the heat with some good scores and I'm happy that the event and the series title went my way," said Lima. "I'm very happy and am super grateful, especially to Banco do Brasil for carrying out these three events. I'm a veteran now, but I feel like I can still be competitive, I want to keep evolving with my surfing and feel like I'm still learning and improving." In the Men's Final, Gundesen had been in the in-form surfer, winning heat after heat in a variety of conditions at Praia de Itamambuca. He would end up facing former Championship Tour athlete Alejo Muniz, who flew under the radar throughout the week, but ended with an impressive performance when it counted most.

Muniz began with a 7.83 and Gundesen countering with a 6.67. However, Muniz fought back on a frontside righthander, blasting the wave apart for a phenomenal 9.27 from the judges for a 17.10 total in the first ten minutes of the heat. Gundesen would not back down, adding an 8.87 to his score, then backed it up with a 7.90, but would end up coming short by a final score of 17.10 to 16.77 in Muniz's favor.

"I was lucky at the start of the heat getting a high score that left me comfortable. But for me, Nacho (Gundesen) was the best surfer of the event and I knew that he would make a comeback. I let one go at the end which I thought wasn't a keeper and he ended up getting a high score as well, so that shows how well he was surfing today. It's a blessing to be here with my family and it's the first time my son witnessed me winning an event. My wife is here too, so it's just been a very special day," concluded Muniz. 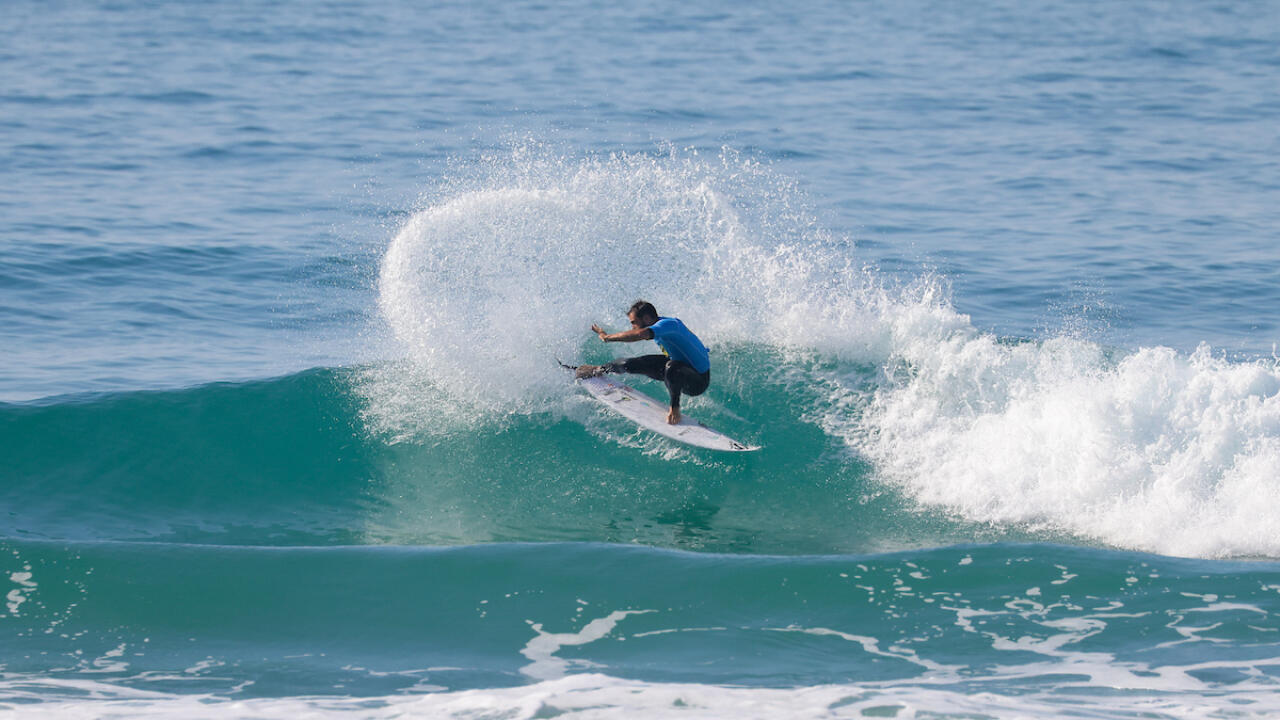 Muniz and Gundesen have a long personal history together. Muniz, his parents and his brother Santiago, who won the inaugural Circuito Banco do Brasil de Surfe event in Garopaba, are from Argentina, but later moved to Brazil. Gundesen, who is also Argentinian, moved in with the Muniz family as a grom to hone his skills as a professional athlete under the tutelage of the Muniz Ohana.

"It's a tough pill to swallow when you get so close to a victory," lamented Gundesen. "But I'm still happy with the result. I felt like I kept improving throughout the event and as a competitor, that's what you hope for, to peak during the Finals. At the same time, I've admired Alejo since I was a kid when I moved into his family's house. There were a lot of emotions mixed in to this Final, so he's seen me grow up and is like a big brother. He got me this time, but we'll see what happens when we meet again."

With his result today, Gundesen moved into the Top-4 of the WSL South America ranking and would currently qualify for the 2023 WSL Challenger Series.

"I really wanted to win the event and get the most points, but this is still a solid result and my main objective is to qualify for the Challenger next year," concluded Gundesen. In addition to the event winners, the top ranked athletes of the Circuito Banco do Brasil de Surfe Series received a wildcard invitation to the sole Challenger Series event in South America, the Corona Saquarema Pro presented by Banco do Brasil. The spots went to Lima and the 17-year-old local surfer from Ubatuba, Gabriel Klaussner.

The main goals of the Circuito Banco do Brasil de Surfe Series are equal prize money, events carried out in each major region of the Brazilian coastline and providing opportunities to emerging talent. Klaussner is the perfect example, showing consistency in all three events and is now on the fast track with an invite to the Challenger Series event in Brazil.

"I'm super stoked. I got my first heat victory at the first event of the series in Garopaba and then win this title in front of my hometown crowd is unbelievable," said Klaussner. "I'd like to thank all my family and friends, the WSL and Banco do Brasil for all the support they've shown. Now I'm up for the next challenge and will do my best in Saquarema." 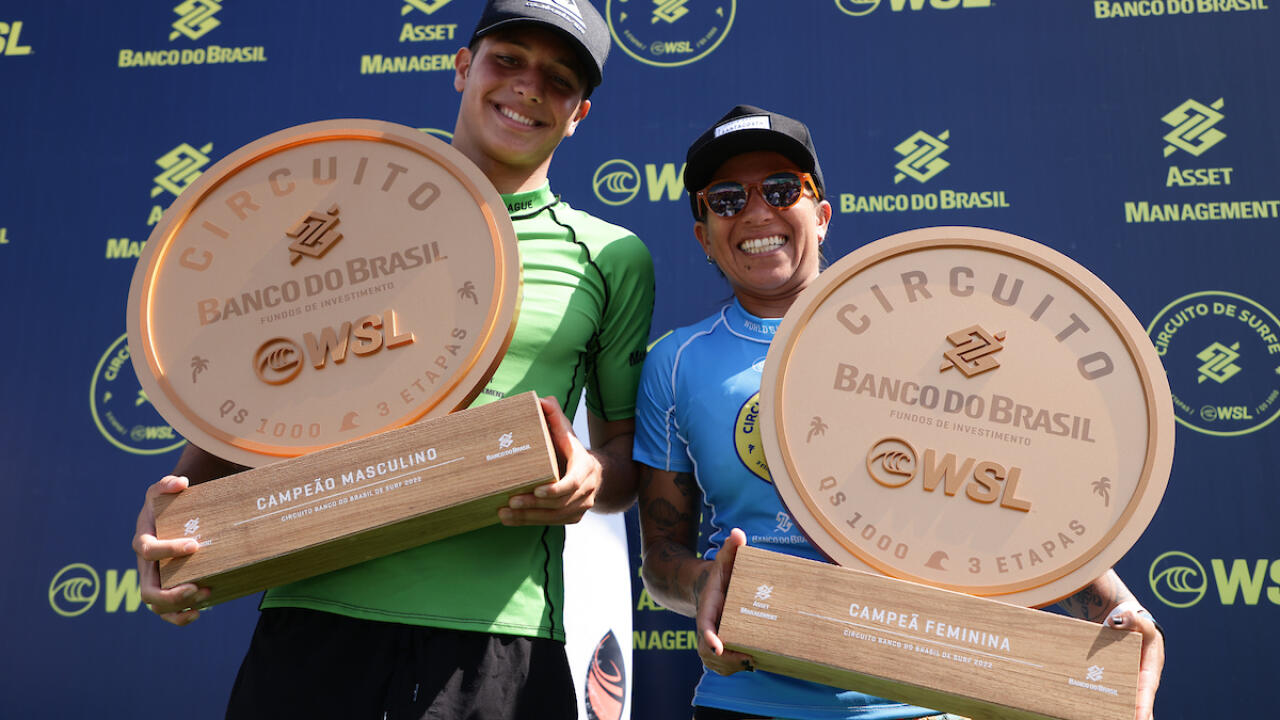