The World Surf League (WSL) U.S. Air Force Super Girl Surf Pro, a Qualifying Series (QS) 3000, crowned Caroline Marks its 2022 victor after winning the Final against event standout Bella Kenworthy. A slight drop in swell provided two-to-three foot waves that Marks unleashed multiple excellent rides on throughout Finals Day, starting with the Round of 16, before emerging victorious in historic fashion. With her win, Marks becomes the first woman to earn a Super Girl cape on both the East and West Coast.

Marks opened up the Final with an impressive 6.67 (out of a possible 10) in tough, afternoon conditions before backing it up on her powerful backhand attack as Kenworthy's response went incomplete. With a 13.84 (out of a possible 20) in the first ten minutes, her San Clemente, California competitor needed a wave of scoring potential and earned a 5.17 on her backhand before notching a solid 6.33 to lessen her requirement down to a 7.51. But, it didn't come to fruition as spectators flocked to the shoreline to greet the Florida born-and-raised competitor. (Full interview in video above)

"I'm so stoked, last year I lost in the last minute so that definitely hurt and it's so special to win at home," said Marks. "This event is so rad and it's really hard to win this event. Everyone's so good, so it feels really good and it's been such a fun day."

The 20-year-old, Championship Tour (CT) competitor brought that world-class form and didn't let up from her first heat, an event-best 17.23, until the final horn sounded. Marks overpowered her Round of 16 heat against Santa Cruz, California's Autumn Hays before an all-too familiar opponent Leilani McGonagle in the Quarterfinals, and Hawaii/Tahiti Nui No. 1 Moana Jones Wong in their Semifinal clash. Now, Marks prepares for a winter of training before the start of the 2023 CT season kicks off at the Banzai Pipeline.

Bella Kenworthy Earns Career-Best Result, Runner-Up At U.S. Air Force Super Girl Surf Pro
0:30
The San Clemente, California competitor put it all together and blitzed through competition all the way to her best result so far in her young career.

Eventual runner-up, Kenworthy, made her presence known on Finals Day with a remarkable run falling just shy of getting atop the podium. The 15-year-old started her day with an excellent 8.00 and massive win over reigning Super Girl victor Sawyer Lindblad before taking on Barbados' in-form Chelsea Roett in the Quarterfinals. Kenworthy's Semifinal performance over event threat Puamakamae Desoto left the Oahu, Hawaii competitor in need of an excellent 8.26 as time expired. (Full interview in video above)

This marks Kenworthy's best-career finish so far as the teenager heads into the back half of the season with Challenger Series qualification within reach as she jumps to No. 2 on the regional QS rankings.

"I'm super excited to get this result and I'm happy with second place," said Kenworthy. "It felt good every time time I got a good score and to keep making heats. It definitely boosted my confidence." 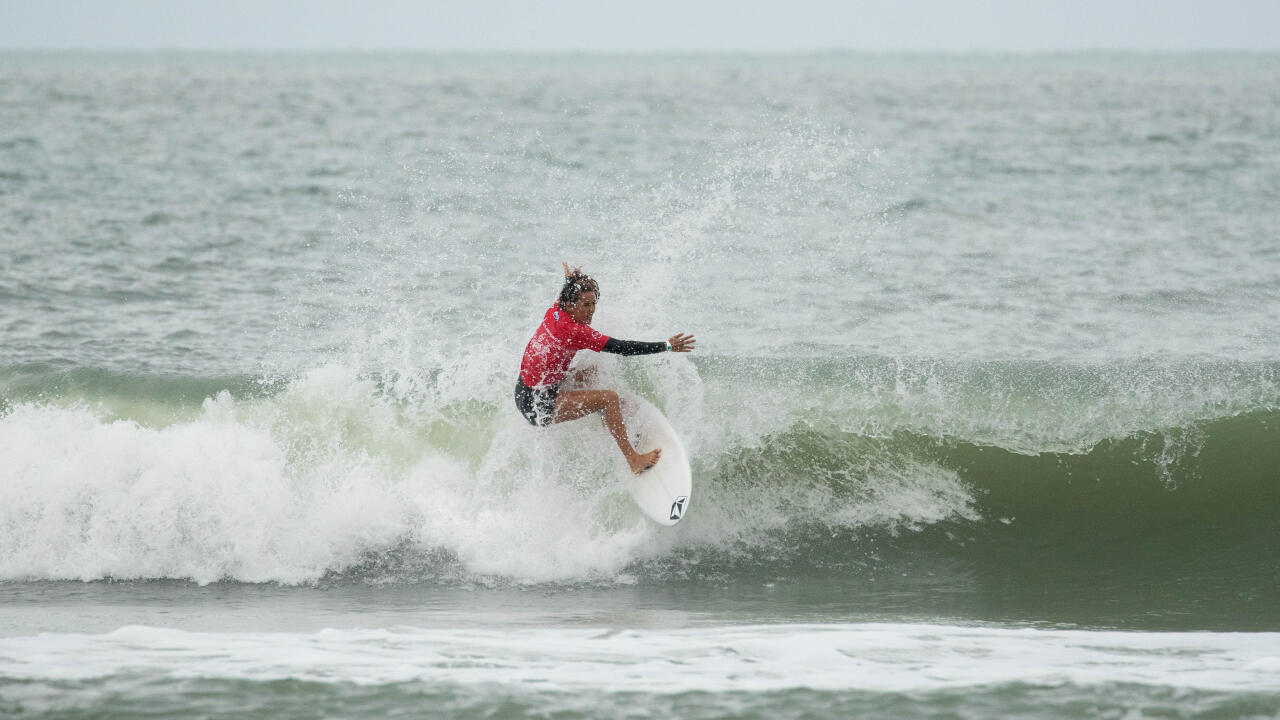 A critical Semifinal finish for Jones Wong clinched her the Hawaii/Tahiti Regional QS Champion and a spot into the 2023 Challenger Series after DeSoto also exited in the Semifinals. Jones Wong's variety of attacks on the punchy beach break of Jacksonville Beach was one of the event's best, besting an in-form Chelsea Tuach in their Quarterfinal bout after winning her Round of 16 affair against Eweleiula Wong.

"I'm so stoked to make it on the Challenger Series for next year," said Wong. "That was my goal coming here and I hope I end up number one of the Hawaii/Tahiti Nui region. I would just feel so accomplished because of the different waves and challenges this year but we'll see with (Puamakamae DeSoto's) heat." Puamakamae DeSoto (HAW) got her job done and finished the season ranked No. 2. - WSL / Kurt Steinmetz

For DeSoto, this notes her most valuable finish of the 2022/23 season as she earned 1,825 points to secure her place at No. 2 on the regional rankings. Now, the 17-year-old prepares for a big year ahead next season as she makes her first run at Championship Tour (CT) qualification among some of the world's best.

"I haven't fully processed it yet I don't think," said DeSoto. "But, I'm really excited and I can't wait to go push myself. I'm just happy and proud of myself, and know there's still room to grow."