A former World Championship Tour (WCT) campaigner turned big-wave free-surfer, Reyes opened his Finals account with a 7.17 for a powerful performance on a reeling right-hander. While Wilkinson answered back with an excellent 9.20 score, Reyes maintained his composure and sat wide to find a wave under Wilkinson's priority, scoring an 8.27 to secure his victory over the Australian.

"This is definitely the biggest win I have ever had in my life," said an emotional Reyes. "I knew Matt would get a nine and he did but I had a dream a few days ago that I should just sit wide, be patient, and the wave would come to me. Almost every heat I had, the same thing happened." Back in the water just two weeks after a shoulder injury, Reyes's razor-sharp performance saw him pocket US$40,000 and 6,500 rankings points. His victory rocketed him from No. 131 on the Qualification Series (QS) rankings to a remarkable No. 5, and opens the door for potentially requalifying for the WCT in 2015.

"I'm just going to take it one contest at a time, and one heat at a time, and see what happens," Reyes said. "It's been a special day for me. Ballito came alive and I've had amazing support from the locals and my friend Sid who gave me a home away from home this week." Matt Wilkinson (AUS) scored a 9.90 in the Semifinals, but a single nine-pointer in the Final wasn't enough to finish on top. - WSL / Kelly Cestari

Wilkinson, currently No. 33 on the WCT, was a standout performer. He netted some of the highest-scoring waves of the competition, including a near-perfect 9.90 in the Semifinal and a 9.20 in the Final. Failing to find a second high-scoring ride in the Final, Wilkinson was forced to settle for a second place finish.

"It's been an unreal event. I've had so much fun here and the waves have been amazing," Wilkinson said. "I got that 9.20 under Timmy's priority, and I thought I had it until I let him take a wave under my priority and he got that 8.27 score. I'm really stoked to come in second but obviously I'm pretty disappointed at not winning." 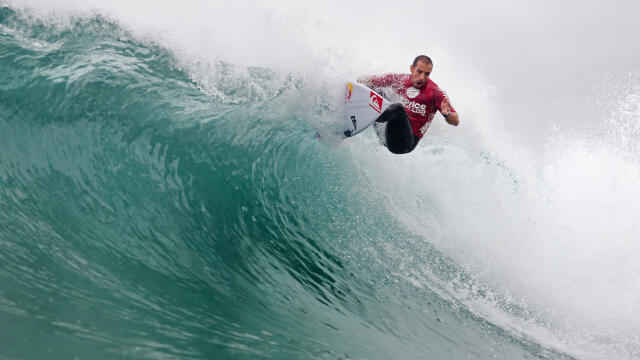 WCT No. 25 Tiago Pires (PRT) was narrowly defeated by Reyes in the Semis. - WSL / Kelly Cestari

The Semifinal heats were packed with surfers from the elite Tour, Reyes being the only non-WCT competitor by the time the field had narrowed to four. His Semifinal opponent Tiago Pires (PRT), 33, and Australian Adam Melling, 29, finished in equal third.

Pires stuck to his game plan in his Semifinal decider against Reyes but with high tide conditions providing few opportunities, Pires found himself on the wrong end of a 0.24 point difference. "It was a very weird heat for waves, and I had a strategy that didn't really pay off," Pires said. "It's always good to come here and make a few heats and build up a bit of momentum. I'm not really looking for a qualification [with QS rankings] but it's a pity I didn't make the Final. It's always big for our careers to win such a prestigious event here in South Africa and one of the longest running ones in the world."

Melling's strategy to be more selective with his scoring opportunities ended up costing him a Semifinal loss. He chose to be patient and soon found himself in a combination situation, needing two high-scoring rides to advance. 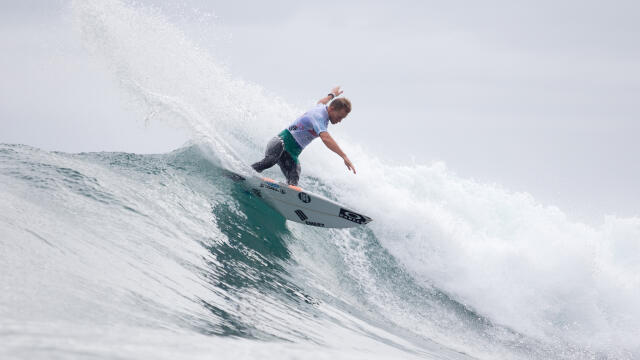 "I'm pretty happy with this result and I'm stoked for Wilko. He's been surfing amazingly and I'm glad there's an Aussie in the Final,â€ Melling said. â€œWilko built a lot of momentum in that heat and, unfortunately, I was just caught sitting around waiting for something that never came."

The Mr Price Pro Ballito ran through six action-packed days of competition that saw some of the best aerial performances of the QS this season, including a pair of Perfect 10-point rides from Toledo. For a full list of results visit mrpricepro.com.

The Prime-rated Mr Price Pro lived up to its reputation, showcasing stellar performances across the board.

The ASP Prime-rated event has a lay day Saturday, with competition to resume Sunday, July 6.

The second ASP Prime event of 2014 whittles the field down from 96 surfers to eight .