The best female surfers under the age of 21 competing in the ASP South America circuit convened in San Bartolo, Peru for the first of three ASP South America Pro Junior events in 2014. Miluska Tello (PER) stood out amongst the excellent Peruvian performances throughout the competition and held on to win the 2014 Cyzone ASP Pro Junior Girls event against Melanie Giunta (PER) in high quality conditions.

This was the second consecutive final between them at the ASP South America Pro Junior Series in Peru. After collecting a runner-up result in last year's event held in Lobitos (Peru), Miluska Tello offered up some payback to her rival by defeating Melanie Giunta. "I really wanted to have won this event last year," said Tello. "I was upset for not having won in Lobitos, but winning here in San Bartolo makes me feel so happy. I want to be the South American champion this year, so I'd like to compete in Brazil and then try to guarantee it in Chicama."

Despite not winning back-to-back events, Melanie Giunta was still satisfied with her execution at the 2014 Cyzone ASP Pro Junior Girls.

"It was a repeat of the final in Lobitos and we had a bunch of scoring opportunities here in San Bartolo, but Miluska (Tello) caught the two best waves and beat me this year," commented Giunta. "Now I'm off to California to compete at the US Open of Surfing and after that I'll continue my preparation for the event in Chicama. I'm not sure if I'm going to compete in the event in Brazil, but I'm going to try my hardest to win the title for the second year in a row." 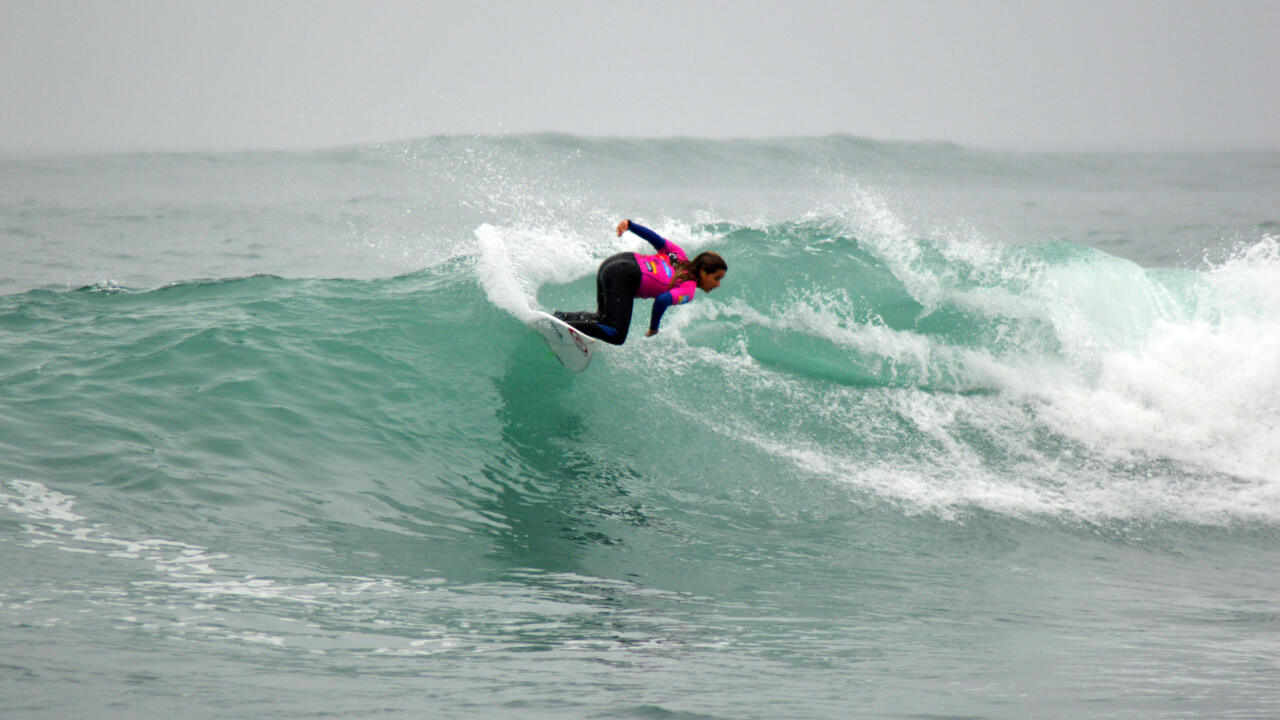 Giunta put together a standout performance, but was unable to overtake Tello for the win. - WSL

The next event in the 2014 ASP South America Pro Junior circuit will be the Red Nose Pro Junior, which will take place in Baia Formosa, Brazil from August 8-10 and the Chicama Pro Junior Classic will be the final event and will be held from September 16-20 in Chicama, Peru. The two highest ranked surfers will qualify for the 2014 ASP World Pro Junior event held later this year.

On her way to the final, Miluska Tello obtained the highest scores of the day by taking down Karol Ribeiro (BRA) 14.50 to 7.50 respectively, and then beat Vania Torres (PER) by a score of 12.70 to 11.20 in the Semifinals.

Melanie Giunta also faced stiff competition by defeating Daniela Rosas (PER) and Belu Quispe (PER) before being overcome by Tello in the Final. Special mention goes to young surfer Marina Rezende (BRA), who was impressive in her surfing on Saturday.