Upon completion of the Maui and Sons Pro Junior event in San Bartolo, Peru, Deivid Silva (BRA) and Miluska Tello (PER) are the 2015 WSL South America Men's & Women's Pro Junior champions. Despite not competing in San Bartolo, Silva (BRA) celebrated after clinching the title on Saturday after Luan Wood (BRA) and Juninho Urcia (PER) were eliminated from competition and could no longer overtake him in the rankings. This is the second year in a row that Silva has won the WSL South America Pro Junior title.

The Maui and Sons Pro Junior contest also determined the leading ranked surfers that will represent South America at the World Surf League Junior Tour Championship held later this year. Accompanying Silva will be: Luan Wood (BRA), Alcides Lopes (BRA) and Alonso Correa (PER). Lopes needed to win the event in San Bartolo to guarantee his position in the rankings. 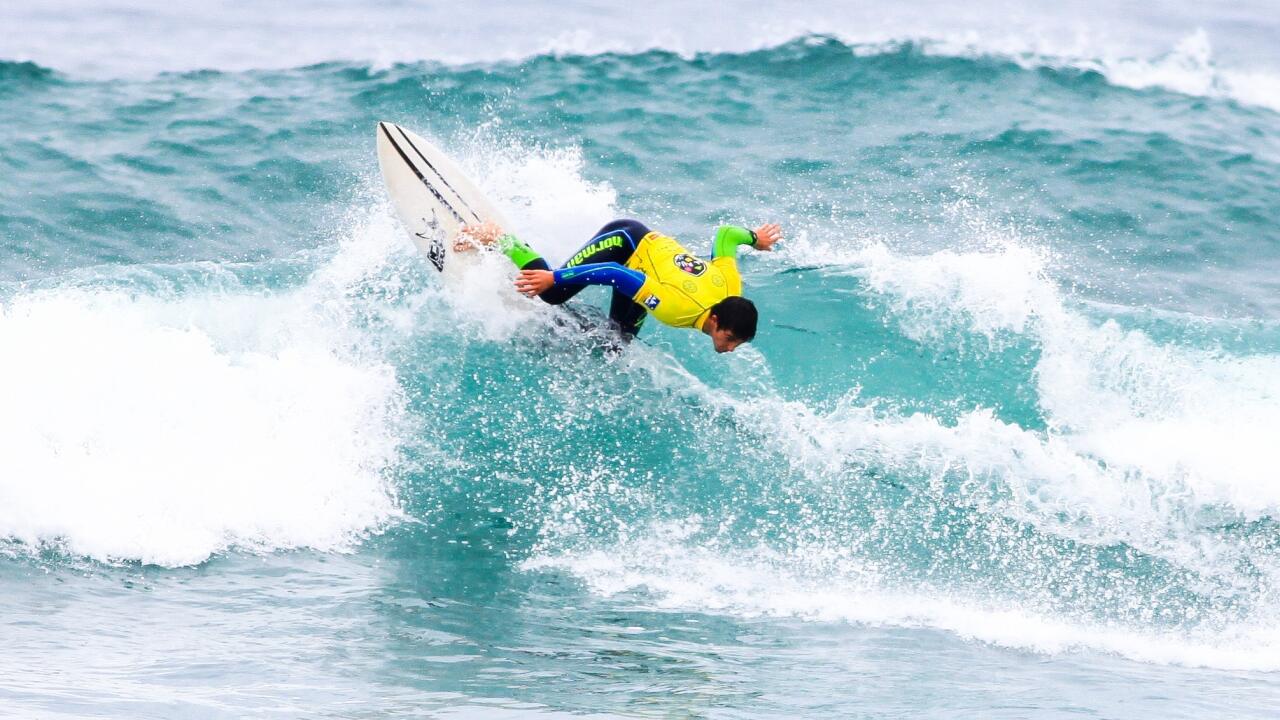 A solid swell provided non-stop action in San Bartolo. In the Final, Alcides Lopes (BRA) edged out Alonso Correa (PER) in a close victory by the score of 12.50 to 11.65 respectively. Lopes earned U$2,500 and 1000 ranking points, which certified his Top 4 ranking.

"I trained a lot to be able to clinch this title here," said Lopes. "It feels great to win in San Bartolo, but with my result here, it feels even better knowing that I earned a spot on the roster for the Junior Tour championship in Australia. Now it's time to focus on that event where I'll be representing my country."

Correa, with his runner-up finish, also guaranteed his presence at the event in Australia.

"It was a very tough Final. I wasn't able to find the best waves, but I tried my hardest, and I still achieved my goal of qualifying for the Pro Junior championship in Australia," commented Correa. "I did well this year and it's an honor to be able to represent Peru in January."

For the WSL Junior Tour championship event, which will be held this year in Australia, each WSL Regional Office (Australasia, Africa, Hawaii, Europe, North America and South America) can be represented by 6 Pro Junior athletes - the 4 Top ranked surfers in addition to the two best-ranked athletes within the list of the first 100 surfers on the 2015 WSL Qualifying Series. If they choose to decline the invitation, their spots will be given to the next highest ranked athletes on the South America ranking.

In the Women's division, Miluska Tello (PER) had already clinched her second WSL South America Pro Junior title before the Final against Melanie Giunta (PER) at the Maui and Sons Pro Junior. In another close battle, Giunta emerged victorious by a score of 7.30 to 6.70 over Tello. Not only did she win today's event, but Giunta also jumped into 2nd place on the rankings and will join Tello as the two female representatives for the WSL South America Pro Junior team. 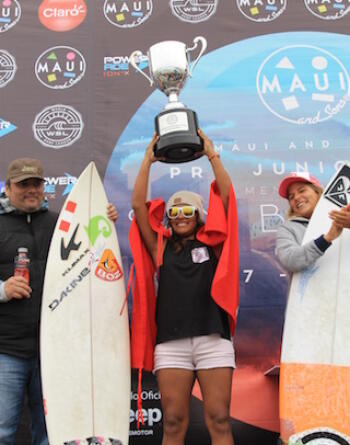 "I'm so happy that I won this contest and with my qualification for the WSL Pro Junior championship in Australia. Now there'll be two Peruvian surfers representing South America in January," stated Giunta. "The Semifinal was very difficult and I did everything I could to make it to the Finals against Miluska (Tello). She's a very good friend of mine and I'm very happy with this result."

This is the second time that Tello has won the WSL South America Pro Junior title and is the third time she has qualified for the Pro Junior championship.

"This is my last year eligible as a Junior and for me, it is an honor to represent Peru," said Tello. "It feels amazing to win the title for the second year in a row and I'm completely stoked. I dedicate this victory to my family and to all of Peru."

MEN'S FINAL AT THE MAUI AND SONS PRO JUNIOR:

Deivid Silva of Brazil and Miluska Tello of Peru take control of the men's and women's Junior Tour rankings with wins at San Bartolo.

Tune in to all the top action to come out of the third event of the WSL Countdown Series.

The Jeep Leader and 2019 World Champ takes out the third event of the WSL Countdown Series.