A slight increase in swell arrived on cue and competitors at the Billabong Junior Series Event presented by BOS took advantage of small but fun conditions at Long Beach in Cape Town, South Africa. Waves pulsed all day as hundreds of people came down to watch the best junior surfers strut their stuff in the peeling Atlantic waves.

"We're stoked the way the event panned out," said Billabong South Africa Marketing Manager Chad D'Arcy. "It was looking a bit problematic with the lack of swell on the horizon, but the waves arrived for the final day and it all worked out perfectly."

The under-12 boys competition was a tight hustle among the top super-groms in the country, with local Ford Van Jaarsveldt taking the win. Sebastian Williams, who currently resides in Jeffreys Bay, cleaned up the under-14 Boys while another Jeffreys Bay surfer, Kirsty McGillivray, dominated the under-14 Girls. Jake Elkington from Hout Bay was the under-16 Boys champ while Ruth Armstrong used local knowledge to her advantage to win the under-16 Girls division. 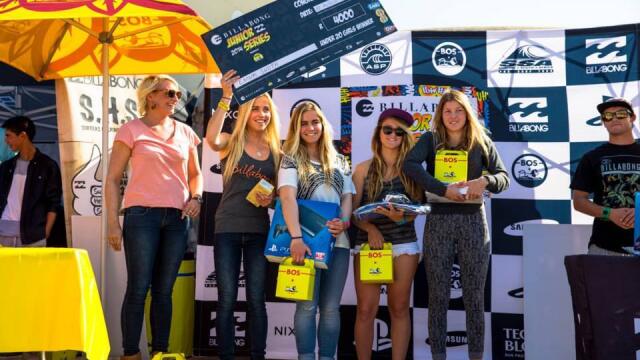 In the premier under-20 Pro Junior Girls Division, Emma Smith continued her total dominance of girls' surfing in the country, winning the Final ahead of sister Gina with Anoush Zakarian and Chanelle Botha filling the minor slots.

"I'm super-stoked to win," said Smith. "This is one of the biggest events in South Africa at the moment because of qualifying for World Games, so I obviously had that at the back of my mind before paddling out. The waves picked up, were super fun, and we had half-hour heats so there were more than enough waves for everyone." 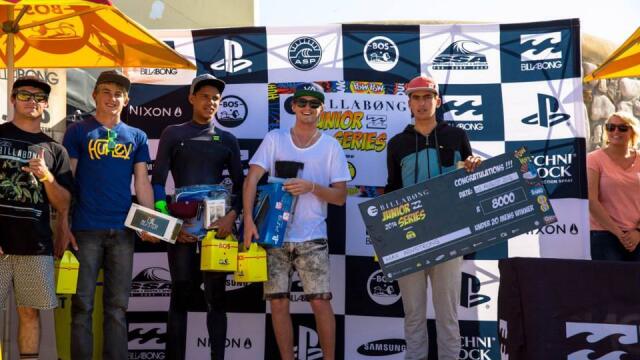 Local Max Armstrong was the winner of the under-20 Pro Junior Men, managing high-scoring moves on the small waves to take the win from Steven Sawyer, Matt McGillivray and Joshe Faulkner, who finished second, third and fourth respectively.

"I went into the final pretty amped," Armstrong said. "The waves were fun and I was amped to get a few little lefts, and I ended up getting one or two. It's been a great event. I'm really stoked about such a big Junior event at Long Beach, my home break."