News of Qualifying Series (QS) surfer Ricardo dos Santos (BRA) passing after a shooting outside his home was overwhelming and dominated social this week. Other hot topics included another winter swell for Hawaii and the upcoming Aussie vs. Aussie battle heading to Cronulla this weekend. 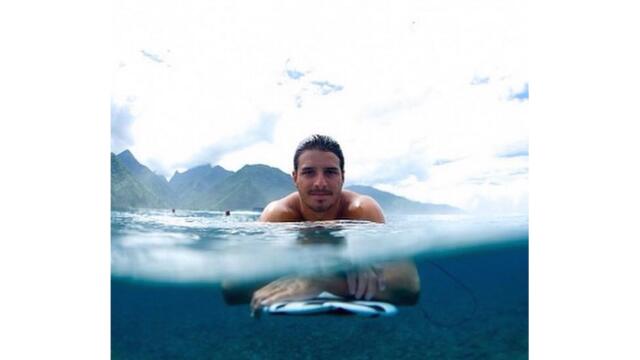 When news broke that Brazilian surfer Ricardo dos Santos was killed after a shooting earlier this week, a deluge of comments from professional surfers and fans alike poured onto the social scene. Originally, when Dos Santos was still in critical condition, a call of #ForÃ§aricardinho ("hang in there, Ricardo") proliferated along with information on where people could donate blood. After Dos Santos was pronounced dead Tuesday morning, people started posting old photos of the beloved Qualifying Series (QS) surfer. Check out social media responses from the pro surfing community.

Hawaii is having a fantastic winter. Though inconsistencies derailed the Pe'ahi Challenge and the Quiksilver in Memory of Eddie Aikau, there was just enough swell for some jaw-dropping XXL videos and photos to light up cyberspace. Paige Alms (HAW) posted this on her Instagram profile: Alms at Jaws, Jan. 22
Paige Alms slots herself perfectly into a classic barrel on a glassy morning at Jaws, Maui, Hawaii on January 22, 2015. Video by Mike Neal. An entry in the Billabong Ride of the Year category of the 2015 XXL Big Wave Awards. The Original Source Australian Boardriders Battle kicked off this weekend and the best surf clubs in Oz are gearing up for fierce competition. Event organizers announced this week that members of the National Rugby League were teaming up with surfers for a charity football match. As if hometown pride wasn't enough reason to amp up your game, now you're up against some of the toughest guys in land sports. Let the games begin.

The surfer's mother, brothers and girlfriend celebrate his dream of a competition at his beloved Guarda do Embaú.

During the Billabong Pro Tahiti, members of the Top 34 remember the Brazilian surfer for his spirit, his excellence in big waves and more.