In 2003, Matt Warshaw's Encyclopedia of Surfing arrived to rave reviews. Tack on three books and a stint as an editor of Surfer Magazine and you have a guy who's talked to a ton of people. Warshaw recently went back through his archives and ranked his five best interviews. Here's a glimpse.

3. BARTON LYNCH
The youngest surfer on my list, but wise beyond his years. Barton and I talked just a few weeks after his stirring World Title win at Pipeline in 1988, and maybe the comedown from that high had something to do with his readiness to call out the denizens of the sport he had so recently conquered: 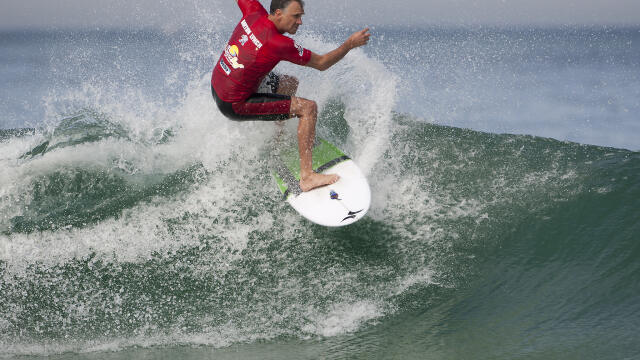 â€œSurfers as a group are extremely self-righteous. Grab any group of young surfers and they'll be more self-righteous, cocky and judgmental than any group of young people you'll find anywhere in the world. When really all they've done is found an outlet for making themselves feel good. That's all surfing is. Something that makes you feel good; something that lets you get away from the drudgery of the rest of your life. Now, I'm not putting surfing down. I mean, surfing has basically structured and directed my whole life. And I've had so many incredible moments in the sport; moments that no one could comprehend. But there's so much out there in the world! There are so many other ways to become aware, and there are people who contribute things so great, people who are so incredibly influential -- and they've never stood on a surfboard in their lives.â€ Another one who ripened with age. Up to a point. Edwards folded his tent about 20 years ago, in terms of being a public figure. I was lucky enough to sneak one in just before that happened. Man was working blue at that time, and listening to his articulate ravings was an honor and a privilege.

Your thoughts on Southern California surfing these days?
"I love to tell Bruce Brown he screwed the whole thing up. First the Beach Blanket Bingo [expletive], then Bruce comes out with Endless Summer, and suddenly everybody's heading west. Between Bruce and those [expletive] from Hollywood, that was it. It became a commercial thing. The beach lifestyle and all that crap."

The â€œbeach lifestyle.â€ You say that kind of ...
"For me, the beach is something you walk across to get to the water."

For the full list check out the Warshaw's Encyclopedia of Surfing blog.