The first three competitors for the Four Seasons Maldives Surfing Champions Trophy 2015 have been announced, and it's the hottest line-up yet.

Surfing enthusiasts the world over won't want to miss the action that this boutique, invitation-only event brings: a unique chance to stay on the 12-acre island of Kuda Huraa and share an exclusive 'surf tour' experience with six of the sport's biggest names.

The event is organised in conjunction with luxury surf pioneers, Tropicsurf (the pros behind Kuda Huraa's surf courses and trips) and run from the 39-metre Four Seasons Explorer. Guests can obtain day passes to enjoy the action on board as well as well as mingle with the competitors at post-surf cocktail parties.

Event co-ordinator, Mark Winson of Tropicsurf comments, "Each year I see the Champions Trophy concept grow to another level. A reputation for flawless waves and high performance surfing again has the world's elite surfers banging down the door to be one of the six contenders. I think Rasta will have his work cut out for him defending the title considering the competition's unique age-based handicap. To give the likes of Shane Dorian a head start to a heat will have a big impact."

The SCT is unique in many ways, from determining a surfer's heat based on their age to a test of skill across three different divisions: single-fin, twin-fin, and triple-fin thruster. This year sees a free-surfer, a big-wave rider, and a hard-charging female challenger in the mix for the US$25,000 prize money, with excitement building as to who will claim the last three spots. Introducing the first three SCT 2015 competitorsâ€¦ 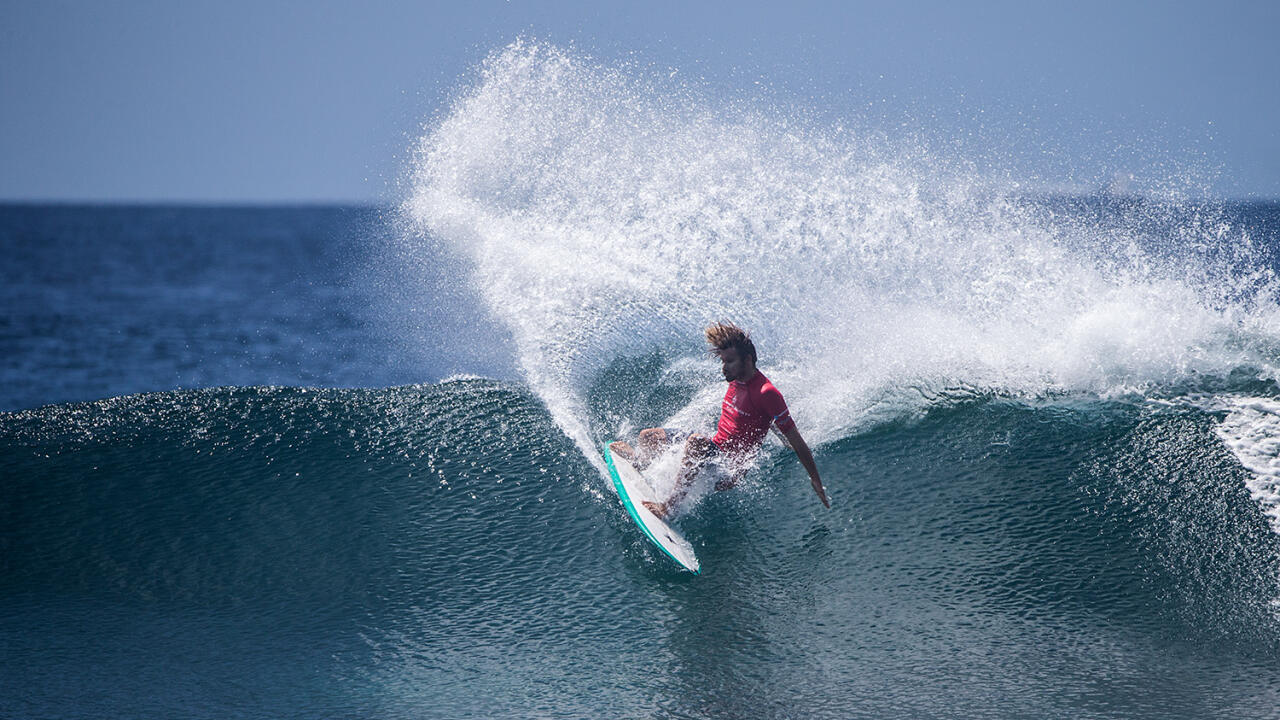 Hitting the ocean scene as a nipper (young Australian lifesaver), Rasta went on to surf up a wave of wins: U/16 World Grommet Titles in Bali, Pro Junior Burleigh Heads and finals of Billabong World Junior Championships. Turning his back on the traditional pro route, he carved a career that has included recognition as the world's first pro 'freesurfer'; winning the open class Molokai to Oahu Hawaiian inter-island paddle race (world champs of long-distance open ocean paddling); and setting up 'Surfers for Cetaceans' dedicated to the conservation and protection of the marine life he shares the water with.

Commenting on his return to defend his 2014 SCT title, Rasta said, "This is a surfing event that ensures everyone has a good time. We all progress our surfing together, go diving, enjoy amazing food and drinks, and get to retreat to luxury at the end of every surf and sun soaked day. I can't believe I get to re-live the dream of being in this event again this year." 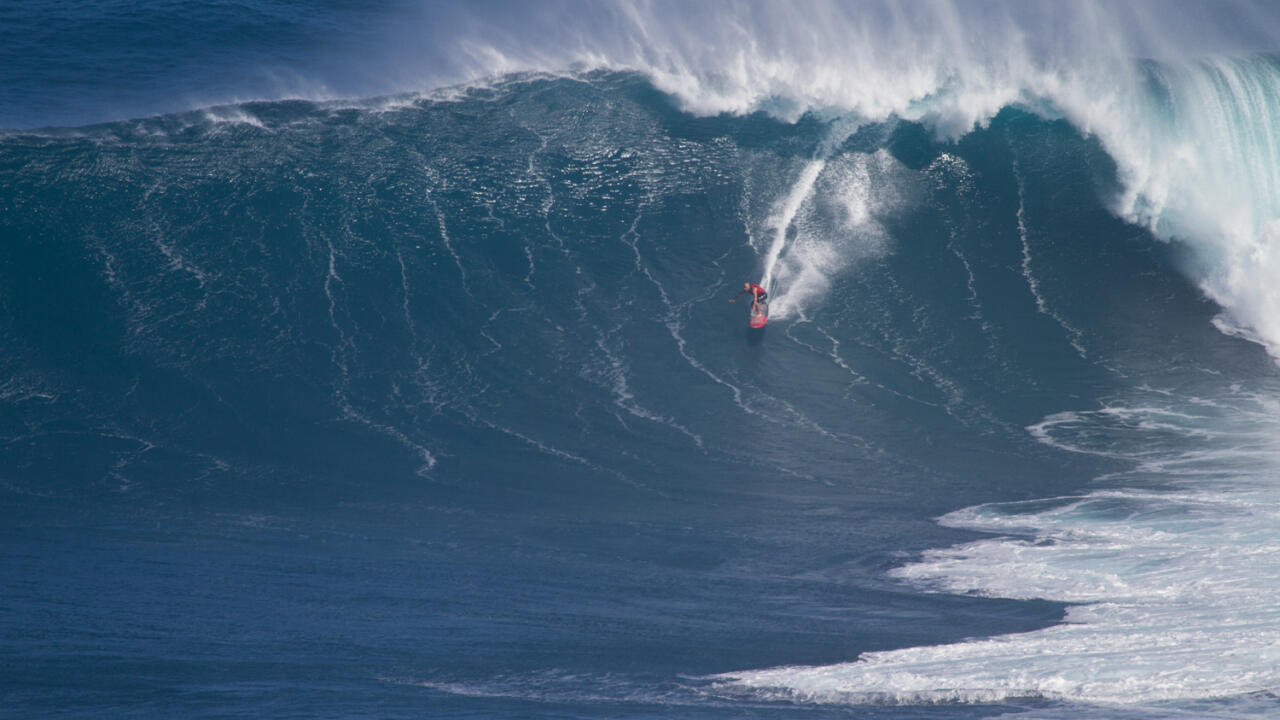 One of the world's best big-wave surfers, Dorian hails from Kona, Hawaii. He began surfing at the age of 5, turning pro at 17 and steadily climbed the world ranks, reaching his career best #4 in 2000. Carving his own surfing style - raised-chin, down-turned hands, splayed fingers - Dorian was considered one of the best all-rounders when he retired from the tour in 2003. Far from quitting surfing, the ever-fearless tuberider shifted his focus to big-wave surfing, winning six Billabong XXL big-wave awards between 2005 and 2013 and achieving the ultimate kudos for the near impossible: slaying a world-record setting 57-footer at Jaws, Maui's monster break, in 2011.

"I can't wait to get back to the Maldives," Dorian said. "I love it there and am excited to enjoy a week at the Four Seasons with my wife Lisa. The chance to score some waves with 5 other invites will be awesome!" The first Peruvian surfer to win a WSL Championship Tour event; the first South American to win a World Title; the first South American surfer to be inducted into the Surfer's Hall of Fame; and the first surfer to defeat Layne Beachley from her six year dominance of the sport - Sofia Mulanovich is surfing elite. With surfing traditionally being a male-dominated sport in Peru, she grew up competing against the boys, entering her first pro contests at 13. Her hard-charging style is sure to give this year's SCT line-up a real run for their money.

Commenting on her place in the competition, Mulanovich said, "I have always wanted to go to the Maldives. I imagine it's just like being in paradise. I'm super excited that I now have the opportunity to surf there and stay at Four Seasons Kuda Huraa. It's a dream come true - I can't wait!"

Surf fans can book the all-inclusive Group Surf & Stay (available from August 3 to 9, 2015 for a minimum booking of four rooms for five or seven nights). In addition to competition day passes, full board and transfers, Group Surf & Stay includes five or seven days of intense surfing with Tropicsurf's expert guides, plus the chance to rub shoulders with all the Surfing Champions contestants in Kuda Huraa's award-winning surrounds.

This year is also the first time the event will be sanctioned by the World Surf League as a specialty event that will feature surfing icons putting their craft on display in world-class condition.