WSL Photographer Kelly Cestari, in the water moments before the start of the J-Bay Open Final. Kelly Slater caught a wave during a freesurf just before the heat. - WSL / Kirstin SCholtz

When the WSL Safety Boats rushed to the rescue of Julian Wilson (AUS) and Mick Fanning (AUS) during the J-Bay Open shark encounter, they were waved on by another individual in the water, J-Bay Open water photographer Kelly Cestari. Cestari was taking photos of the Final from the lineup, roughly 150 meters away from Fanning. He recounts the encounter -- and the 50-meter swim back to the beach.

World Surf League: Walk us through the incident, you were shooting in the water. Did you see it happen on your own? Or did you hear the beach announcer?
Kelly Cestari: I was shooting the Quarterfinals in the water for about two hours and then [fellow WSL photographer] Kirstin Scholtz [covered] the land angle for the Semifinals, before I went back in the water for the Final.

I swam out probably 30 minutes before the Final started, but instead of walking to the top where the Keyhole is, I swam out [further down] where the crowd is located. I swam out and jumped on [WSL Water Safety Patrolman] Spooner's boat.

I saw the initial splash and Mick spin around and then I saw the fin slap at him.

Julian (Wilson) had his first wave and it was probably two or three minutes after that everything started happening. From what I remember I saw the initial splash, but because I was in the water I had a surfing "eye" from what I was seeing. So I think there had been a wave and I was looking through it and I saw the initial splash and Mick spin around and then I saw the fin slap at him. It took a couple seconds for my brain to engage and it was like, "Ok what is going on?" As Giggs, the beach commentator, started screaming, "GET TO MICK!" I think I spun around to the boat and yelled, "Go get Mick, Go get Mick." The boats and the jetskis had already taken off and were in full speed, which is their job, to get the guy in trouble. 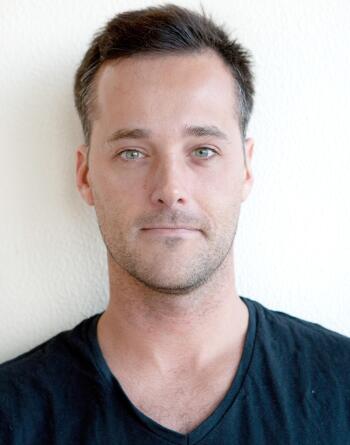 World Surf League: What was your feeling then after that? How quickly did you swim in?
Cestari: It's a bit of a haze, I'm trying to figure out what was going through my head because I saw the splash and then a fin. I wasn't sure if I was going something like, "Is this something I can get a photo of? Is this a photo we need? Is this something I should document?" But the boats were gone so I needed to get in. But I actually hung around for like maybe a minute thinking the jetskis would come back to me. Once I realized they were going in, it was time for me to swim in.

Where I live in Durban, we have a reef about an hour south where I've been free-diving with sharks before. Black tip reef sharks and Tiger sharks, and from the few times I've done that I learned not to panic, not to splash around, so I had a slow swim. Kirstin [Scholtz] was freaking out because I was taking the slowest swim in you could ever do. Apparently she was on the beach screaming at me to swim in while I was taking what looked like a casual swim.

All I can remember is that I didn't want to cause too much splash, catching the swells as I was coming in. I was maybe 50 meters from shore so it was pretty quick until I was on rocks and mussels. Now thinking, "the shark's not going to come towards shore." It's as freaked out as Mick, by the time I got to shore I was thinking, "I'm ok. I'm safe. I'm fine." Thankfully everyone else was as well.

I was pretty much staring at the boat going, 'Is this actually happening?'

World Surf League: Obviously it was a very traumatic experience for everybody involved, what was your emotional response?
Cestari: It's something you think of all the time. It's something you are aware of but never ever expect to happen. Once I got to shore I was pretty much staring at the boat going, "Is this actually happening?" After seeing Mick do the interview and break down, once I had gotten out of my wetsuit I had a few moments to think about it and that's when I sort of started having a meltdown. Going through all the different scenarios that could have happened but thankfully didn't.

I phoned my wife because every time I go in the water I text her, "Look, I'm going in the water now," and whenever I come out I say, "I'm out of the water." Before I was in the water for the Final I sent her a message saying I'm going in. Her response was, "There's sharks, please don't go." I think she got the message after everything had happened, but as soon as I came in I phoned her and was like, "I'm cool, I'm fine, I'm safe, taking care of everyone else." I think it was about 20 minutes after that I phoned her again and had a little meltdown.

World Surf League: What was the scene on the beach like? How did the crowd respond?
Cestari: Everyone was just quiet. I think it was just that initial shock and disbelief. Normally, when I come in from the water and I'm walking though the crowd everyone is like, "Hey how was it? How was the water?" Trying to have a chat with you and being friendly. As I was walking through the crowd that time it was just dead quiet. No one wanted to say or do anything. Once Mick came in, though, everyone was clapping.

For more information on the incident watch the WSL Update Show and read the full story.