The Brazilian Storm continues to grow in strength, with 10 Brazilian surfers on the 2016 Championship Tour (CT). Two of those are rookies and one of them -- Caio Ibelli -- finished ahead of everyone on the final Qualifying Series (QS) rankings.

Ibelli had a huge year, both on the QS and as a wildcard for two CT events. He didn't win any QS event outright -- his best finish was a runner-up at the Allianz Billabong Cascais -- but he performed at a consistently high level throughout the season. He appeared in the Semifinals or better of three QS10,000-level events (the top tier for QS contests) and upset one of the 2015 World Title contenders, Owen Wright (AUS), in Round 2 of the Moche Rip Curl Pro Portugal. Now, on the brink of his debut as a CT competitor, here are three things to know about Ibelli right off the bat, including his take on the Brazilian Storm, his relationship, and how surfing changed his family's life forever.

1. Ibelli Got His Family to Move to the Beach for Safety, and Surfing

Anna Dimond: Going way back to the beginning, when did you learn to surf? When did you know you wanted to go pro?
Caio Ibelli: I learned to surf when I was three years old as my dad would put me on a board and push me into waves. But during that time we lived in the city that was three hours away from the coast. When I was six, though everything started to come together: We would drive down on Friday nights to the beach and stay through the weekend, and I would keep telling my Dad "one more wave, one more wave," and he would always tell me to go for it.

Since then I would try to go to the beach twice a week or during the weekend, which I know isn't a lot compared to most guys, and at the time my parents had no plans to move to the beach because they had jobs and needed to support our family. But then when I was around eight or nine, maybe 10, I went to [the beach town] where I live now, and fell in love with it.

At the time I was doing amateur contests and people were telling me I have talent, but it was hard for a kid who was living in the city because no one would tell my dad to let me pursue professional surfing and move to the beach. Many of the guys who I compete against on the QS now were surfing at this point as well and winning contests and here I was just figuring out I wanted to be a professional surfer.

We had robberies, it even got to a point where I worried about my parents' lives when they would walk to the bakery at 4 in the morning. I knew they were doing that for me.

Six months later however, my parents did a crazy move and decided to move towards the beach. My dad was renting a small apartment for our whole family and we spent four years there running a bakery to make money. It wasn't really a safe spot either and we had a lot of robberies, it even got to a point where I worried about my parents' lives when they would walk to the bakery at 4 in the morning when they had to open. Inside I knew they were doing that for me and I didn't want to disappoint them. But I kept surfing everyday while my parents were doing those crazy things -- but it was a good lifestyle because my parents could be with me and my brother more.

That move was huge for me and my family, that's when everything took off. Right now it feels good that I can give them happiness in return.

2. In Love, Ibelli Goes For It 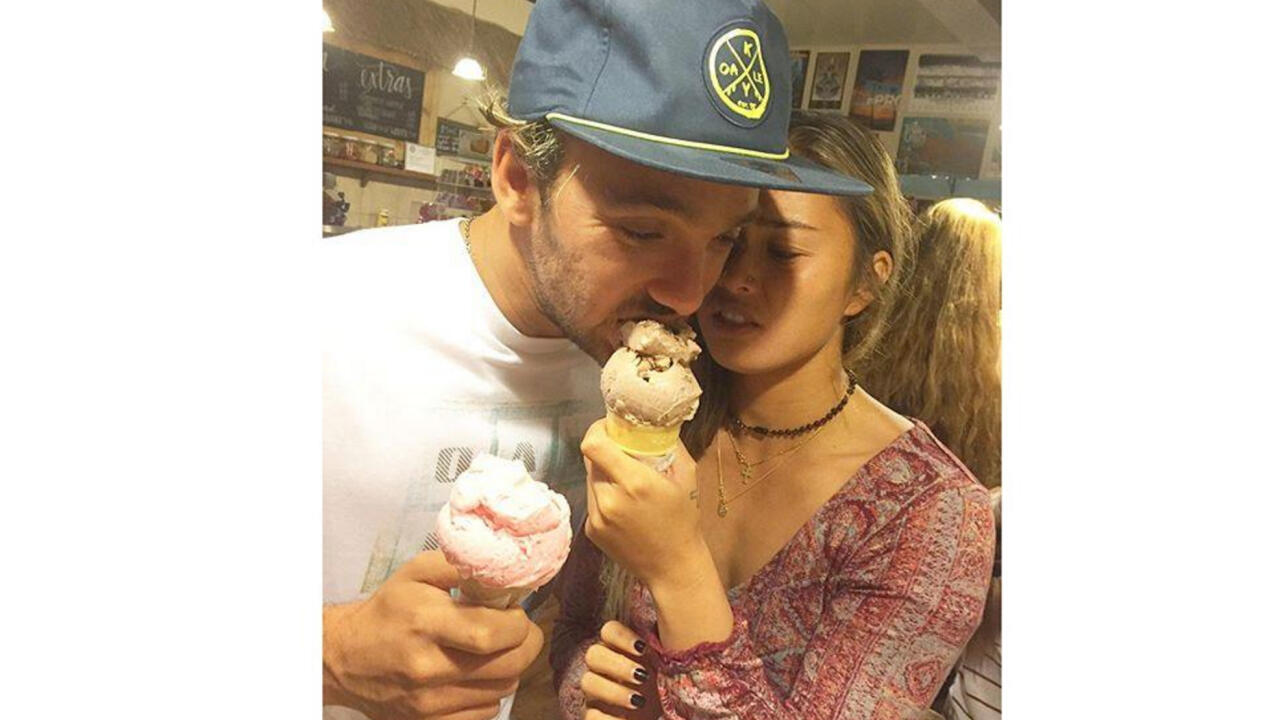 AD: How did you meet Alessa Quizon?
CI: I stayed in this place she was also staying at in Bali for the World Juniors (in 2011/2012). It was great and almost like a movie -- I would look at her and I never knew if she was looking back because she had that whole mysterious Hawaiian thing going. I just went for it though, and tried to get her attention even when she was doing schoolwork. I would move and make noise to try to get her attention, but would often get nothing in response. Eventually I asked her, "Alessa, can I at least hear your voice?" And that got her attention. After that we started hanging out more and surfing together and started to realize we liked the time we both spent with one another.

We spent two weeks in Bali and it was amazing and I realized I was actually going to Hawaii right after that. She was like, "I'll pick you up from the airport!" And I'm just sitting there thinking, "This pretty girl is going to pick me up from the airport in Hawaii? That's not gonna happen." So I actually had my teammates ready with a ride because I thought she wasn't going to be there. But as soon as I got there, there she was waiting by the baggage claim.

It's so harsh to hear from someone you love what mistakes you made in a heat. We're still working on that.

AD: How did that work with her being on Tour?
CI: It was pretty rough. Hard to manage traveling and the fact that we both wanted to see each other do well but at the same time being at two very different levels. But when we realized that in the end we wanted to be with each other, the competition was put to the side and we just wanted the best for each other and to win. It's so harsh to hear from someone you love what mistakes you made in a heat. We're still working on that because if I see something in a heat she did I want to tell her and she doesn't want to hear it.

There's nothing better, though, with sharing our lives and especially with the jobs we have we get to travel the world and find perfect waves.

3. Ibelli is Part of the Brazilian Storm, On His Own Timeline

Scoring Big on Home Turf
0:27
Caio Ibelli's 9.53 got the home crowd on its feet at the Oi HD Sao Paulo Open.

AD: Do you consider yourself a part of this whole new generation of Brazilians?
CI: Yeah, I remember in France and the King of the Groms contest I was in a Final against [2014 World Champion Gabriel] Medina and that's where everything started. I got two 10s against him, even though I wasn't particularly shining at the time. But he was the one who took off and went to the CT and everything started. I think everyone has different timing for preparing oneself and everything else. But I saw Medina and Jadson [Andre] there, then Miguel [Pupo] went and we had all surfed the Brazilian amateurs together when we were younger and these guys were now taking off.

Medina, Jadson, Miguel were taking off. But I knew everyone has their time.

But I knew everyone has their time and I was preparing myself for that time. Then I saw Italo [Ferreira] take off in just six months and I was there like, "right now is my time." This last year I kept working on my results and getting better, and even though I didn't end where I wanted, I came in this year focused and where I wanted to be.

AD: Why do you think Brazil is having this big moment now? There have always been talented people there, but what has makes now so different and special?
CI: I think back in the day there were still good surfers, but the Australians had the attention and were the ones being the champions. They had better waves too, with points, reefs, barrels and slabs. And in Brazil for a long time we had the good surfers but not the good waves to train everyday.

The new generation trains a lot more and has better waves: We're going outside of Brazil to train and travel in big waves and heavy waves, and that's been reflected in the great results we've been getting. We don't just have guys who are only small-wave surfers, we have guys who can surf anything from small waves to giant 30-foot barrels. We've been traveling so much and trying out different waves so we're prepared for anything.

Catch Ibelli and the rest of the 2016 Championship Tour surfers when the season kicks off March 10 on the Gold Coast. Editor's note: This article previously misstated the number of Brazilians on the Championship Tour in 2016; the total will be 10.

In their first head-to-head matchup, the surfer from Brazil overthrows the 11x World Champion at the Margaret River Pro.

Learn why baby fish are eating microplastics with Jamison Gove.