After a close examination of this weekend's Surfline Surf Forecast, Big Wave Tour (BWT) commissioner Peter Mel has greenlit a Sunday start for the Todos Santos Challenge in Baja California, the third stop on this year's Big Wave Tour.

What happens when BWT events get the green light? Watch The Call. 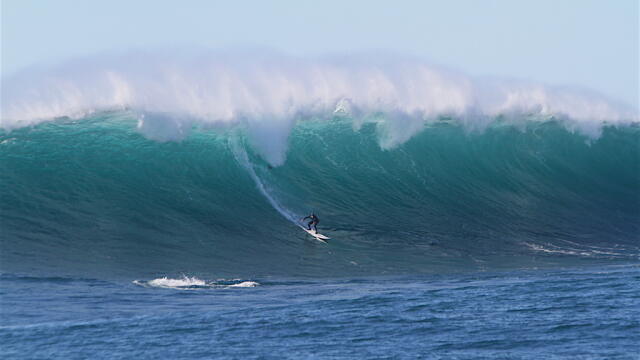 Greg Long got a warm up session at Todos on Tuesday. Sunday should be significantly larger. - WSL / Bill Sharp

With the swell projected to fill in all day on January 17 along the Southern California coast, sets at Todos Santos are expected to massive. According to Lead Surfline Forecaster Kevin Wallis, "At this point we expect to see strong, long period west-northwest swell build through the day on Sunday, with the largest waves in the afternoon. The better set waves, while likely lully, will be in the 30-40' range on the face with some even larger max sets possible." The official alert was sent to BWT stars just after 8:00 am Thursday morning.

The better set waves, while likely lully, will be in the 30-40' range on the face with some even larger max sets possible. - Kevin Wallis

This will be the first BWT event at Todos Santos since 2010, when Mark Healey (HAW) took top honors. Current Big Wave World Champion Makuakai Rothman is one surfer who is extremely excited to make his Todos Santos debut. Last year he was just an alternate. This year he doesn't need to worry about his slot. "It looks like another one of those big righthand waves that I love to surf," he said. "It's on. Game time!"

Read about the recent strike mission to Todos Santos here.

Get immediate updates with the WSL app. The Challenge will be broadcast LIVE.

Look at all the Big Wave Award submissions here.

After winning the Todos Santos Challenge, the Tour veteran shares what he fears most (hint: it's not big waves).