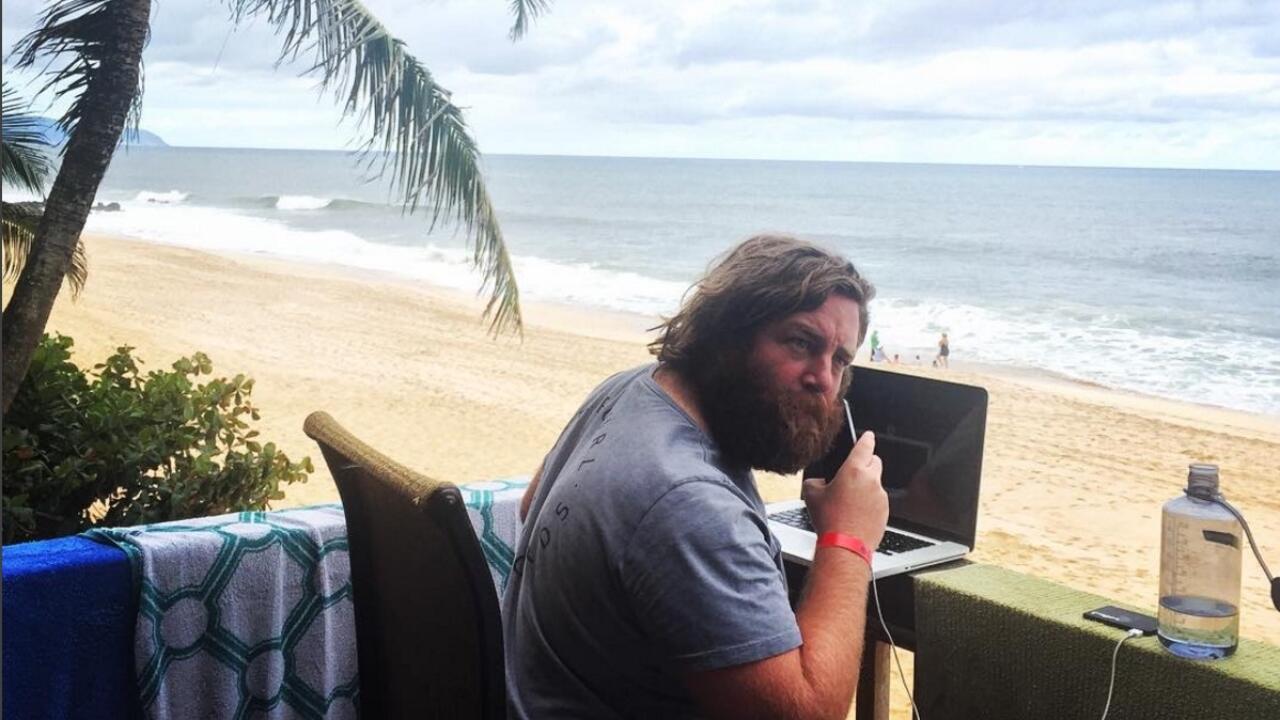 If you've watched enough Championship Tour events you've probably spotted a full-figured bearded fellow hovering around the competitor's area. Watch closely and you may catch him covertly slapping a hat onto Gabe Medina's head during a post-heat interview, passing some warmed wax to Mick Fanning, or giving a jovial high-five to Matt Wilkinson. And if you've spotted this man, you've likely asked yourself, "Is that really his job?" Fletch vs. Slater -- A Pit Boss doing his best to eliminate the competition. - WSL / Kirstin Scholtz

WSL: How did you land a job as the Pit Boss at Rip Curl?
Ryan Fletcher: I started working for Rip Curl in 2010 as the National Team Manager here in Australia after a stint working as the Surf Team Manager with Dragon. After about a year of working with a mixture of our junior team and the WCT team, Mick (Fanning) mentioned that he had been talking to the other members of the CT crew and that they would like to have a Pit Boss back on Tour with them full-time after there had been a hiatus since Matt Griggs finished up (who was the previous Pit Boss).

At the Rip Curl Pro at Bells in 2011 we sat down with Mick, had a meeting and I was lucky enough to be the guy that the Team wanted to have as a Pit Boss. It was a pretty rad moment for me obviously and before I knew it I was on a plane to J-Bay and as they say, the rest is history.

WSL: What's the gnarliest situation you've ever had to sort out with one of your athletes on the road?
Fletch: It would have to be what happened to Mick in J-Bay last year with the shark. It was just such a heavy moment to be standing on the shore, being so close to what was happening, yet completely helpless to do anything about it. I just froze for a minute and was trying to figure out what I had just seen and what that would mean and what would happen from here.

J-Bay Final Coverage
47:47
During the 2015 J-Bay Open, Fanning had a run in with a shark during the Final, but escaped unharmed.

WSL: What's the most difficult heat between two of your athletes that you can remember and how did you handle the post-heat conversation?
Fletch: The one that most comes to mind would have to be the Semifinal at Pipe last year with Gabe (Medina) and Mick.

Fanning vs. Medina at Pipe
11:32
Fanning and Medina go head to head at Pipe that ends with a hotly debated air.

With Mick winning though his Quarterfinal and knocking Gabe out of the Title race, for them to meet up in the Semifinal was quite fitting and always going to be a show as there was no way you would expect Gabe to back down and just let Mick win. He was always going to have to earn it.

When Gabe came in for his post-heat interview he just looked at me and said, 'Sorry brah'. That's what I really like about our Team. It was a cool moment and he really meant it as he knew that while he was one step closer to achieving his goal he had also inadvertently for a moment taken the opportunity for a World Title out of Mick's hands. But that's what we love about competitive surfing, no matter who it is out in the water all you wanna do is win, but on land, you stay humble and respectful of the other guy. And that hug that Gabe and Mick had after that Semifinal heat said it all. Fletch vs. Exhaustion -- @Fletchy_: Me and the kids had a realllllly tough long day today.... Repost from @worldsleepleague - WSL

WSL: To what extent do Rip Curl riders operate as a team?
Fletch: That's an interesting question because, as we all know, surfing is such an individual sport. So the notion of a 'team' in surfing is kind of strange. But to a degree the team does support each other around the events.

It's not uncommon for them to talk about what boards they have been riding in certain conditions, where the banks are on particular tides or even get an update on what's going on in the water just after their heat. So while that might not be a 'team' type bond, the guys are all mates and want to see each other do well. 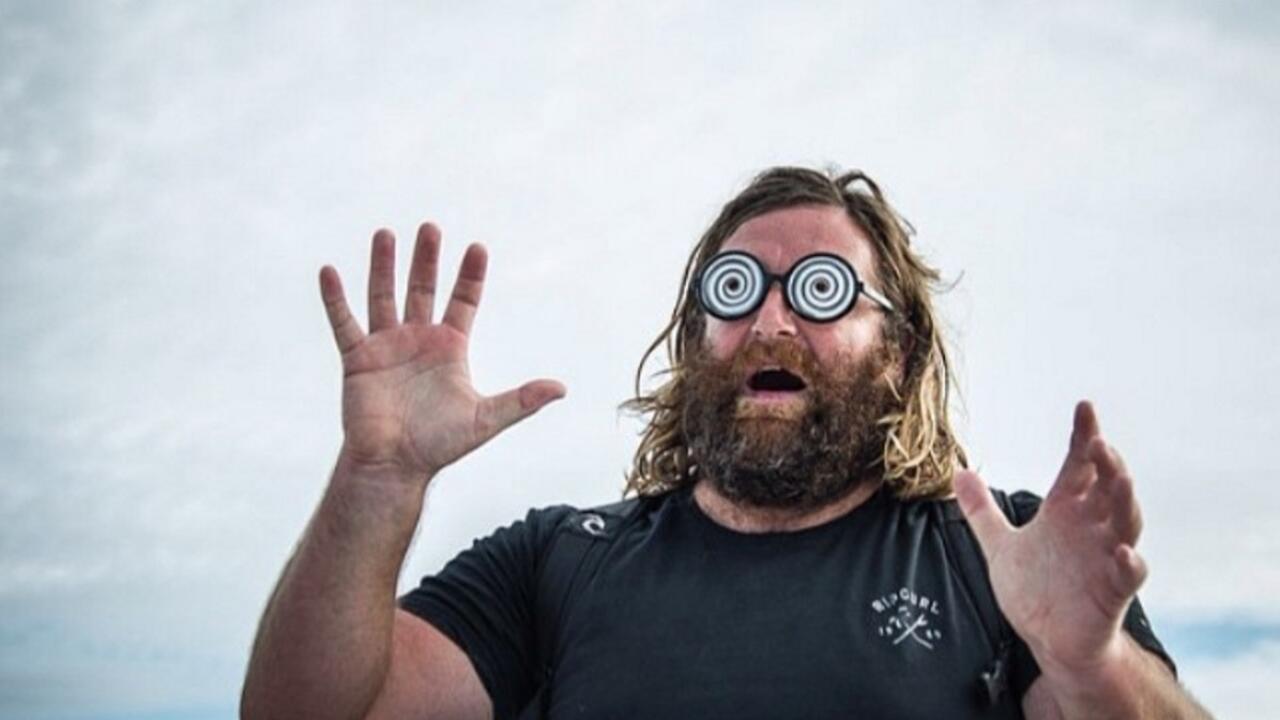 WSL: Who are some of Rip Curl's top up-and-comers under 20?
Fletch: We do have some exciting young juniors moving through the ranks and about to embark on the WQS series. We are expecting good things to come from Jacob Willcox who just won the QS1,000 at Cabarita, Joe Van Dijk (Nikki's brother), Samuel Pupo (Miguel's brother), Hiroto Arai and Timothee Bisso who performed extremely well at the recent World Junior event in Portugal. On the ladies side we have Brisa Hennessy ripping along with Kirra-Belle Olsson but that's just to name a few. 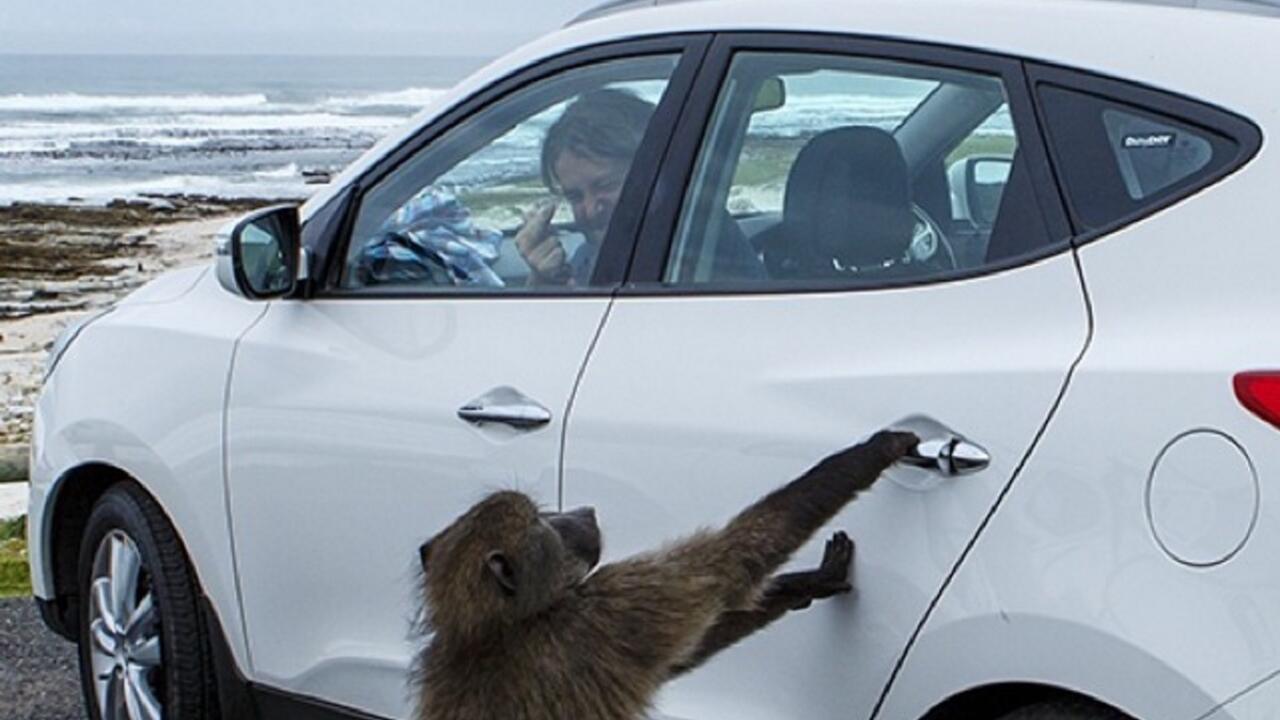 Fletch vs. Unfriendly Locals -- @Fletchy_: Flashback to the first and luckily only time a baboon broke into our car... #TIA #capetown - WSL

WSL: What's your relationship with those up-and-coming QS surfers?
Fletch: At that level we talk about them a lot in-house and it's important that I'm aware of their progress, but I also like to know how they are coming along as well. I've done a lot of work with Jacob over the last couple of years with him having wildcard opportunities at the Rip Curl Pro events at Bells and in Portugal. But I'm looking forward to seeing how Jacob and the next generation of team tackle the QS series and hopefully see them on the Championship Tour in the not too distant future.

WSL: What's your favorite stop to attend and why?
Fletch: It's a really tough one because in their own way they are all great stops. It's great to have events around my home, Brazil, America, South Africa, Tahiti and of course Europe but Fiji, for me, would have to be it. Just because it's one of the most beautiful places in the world. There are so many fun waves around Cloudbreak that you can actually get some surfing for yourself! Plus, Scotty and Mandy on Namotu take such good care of us, nothing is ever too hard. Everyone on the island is so welcoming and there is always a cold Fiji Bitter waiting for us at Waqas Bar when the sun starts to go down.

We sort of still stay together to this day, its just that we have Micro with us now too, which is awesome because he is only little.

WSL: Who is the easiest to manage on the road? Why?
Fletch: To be honest I'm pretty lucky that all of our CT team are pretty relaxed and none of them are difficult to work with. But if I had to choose just one I guess it would be Wilko, only because for the first couple of years on Tour Wilko and I stayed together in most places, as he usually travelled to each event by himself. We just figured each other out and got along well. We sort of still stay together to this day, its just that we have Micro with us now too, which is awesome because he is only little. WSL: Tell us what you see as the most important part of your job.
Fletch: The most important part of my job is making sure that I'm doing everything I can to help each of our athletes achieve their goals. Whether that be finishing a certain place at a single event, all the way to winning a World Title, that's the level of support that is needed from a Pit Boss.